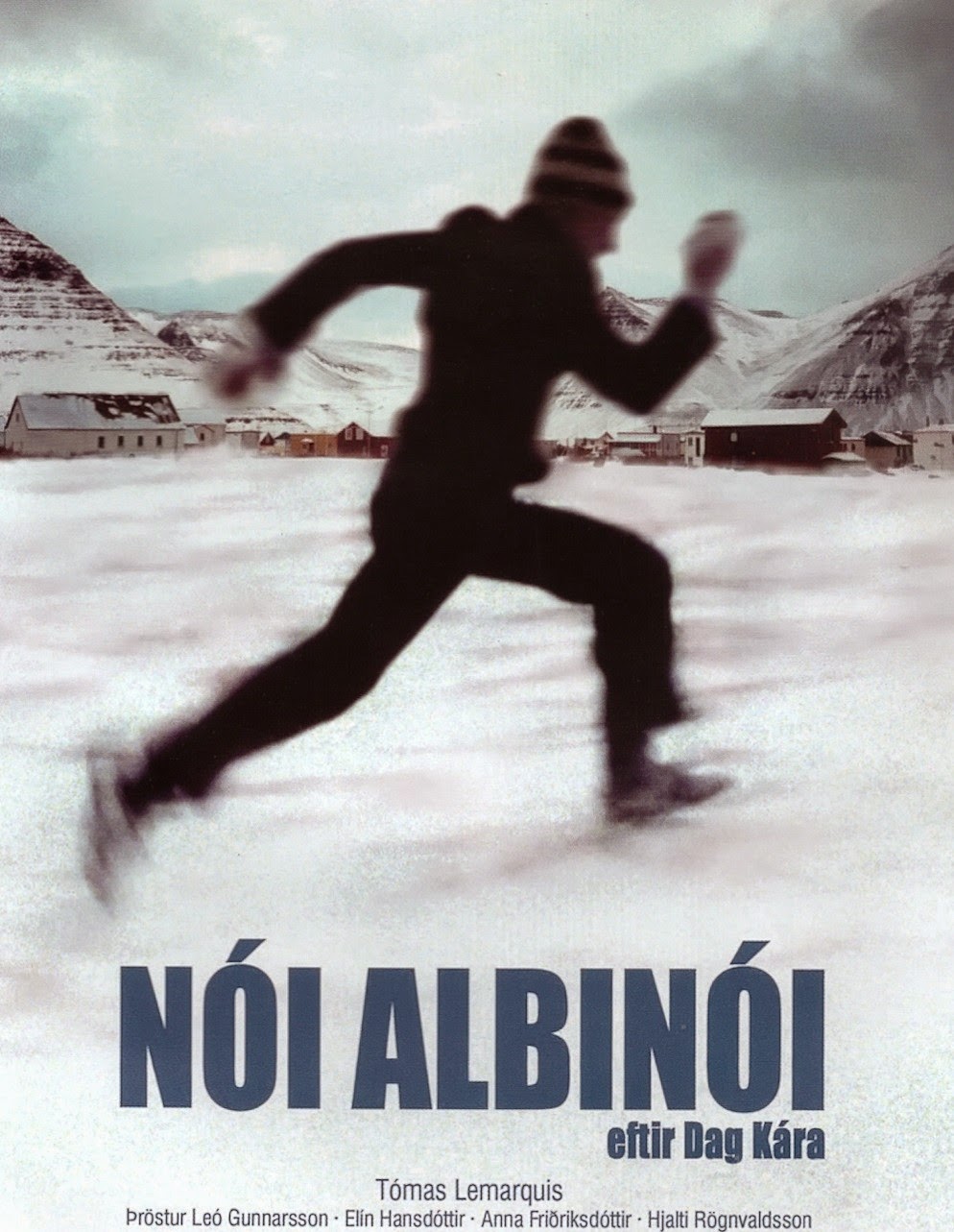 Cold temperature and snow fall could give an ethereal quality for the eyes of those who are living under a scorching temperature. In fact, we plan our summer holidays to dwell on a place in which we joyously dig out of those white snowy stuff. The dark, lazy evenings might seem like a perfect getaway. But, we can’t really imagine how that same snow and cold could gradually become a whitish hell, when one is imprisoned there for his lifetime. Film-maker Dagur Kari’s teen protagonist in “Noi the Albino” (2003), conveys us that quiet desperation of inhabiting a town, where the winter season never takes a rest.

The low-melanin hero, Noi lives in a small Icelandic fishing village. On the village’s one side there is a windy coast-line and on the other side there is a frozen mountain, which looks like a giant guarding an iron gate. The location of the village itself represents an imprisonment for Noi (Tomas Lemarquis), who can absentmindedly solve a Rubik’s cube, while talking to the school psychiatrist. Yeah, he is a genius, but then why is he in the room of a psychologist? That’s another story. 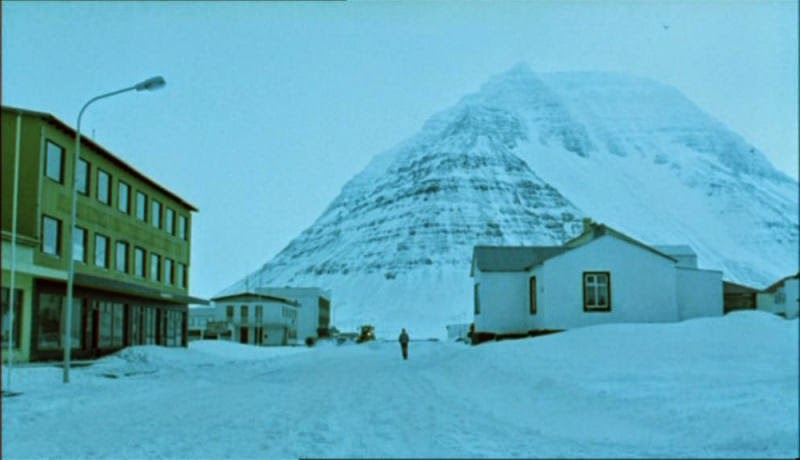 The 17-year old Noi seems to have stopped behaving well in school and have stopped caring whether he has true potential or not because there is little hope in his life. He lives with his slightly deranged grandmother, who seems to be obsessed with the jigsaw puzzle. On days, when Noi is late for school, she wakes him up by shooting a shotgun out of his window. Noi’s father, Kiddi (Throstur Leo Gunnarsson) is an alcoholic taxi-driver, and always seems to be in trouble. Everyone in the town wears an expression as if they are beaten down by life. 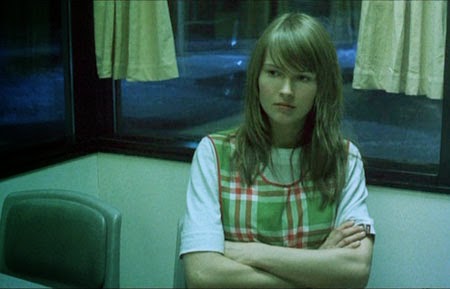 “Laugh or cry at the stupidity of world; you will regret both” reads the book-shop owner Oskar (Hjalti Rognvaldsson), yet another cranky man in town. However, some vitality in Noi’s life is revived in the form of Oskar’s 17 year old daughter, Iris (Elin Hansdottir). She is taking break from the pressures of city life and working at the gas station, where Noi buy his daily bottle of malt. Iris sees and appreciates him in a way no one else does, and also shares his dream of a tropical-land getaway. Noi reluctantly refuses to attend the classes, and even dares to send a tape-recorder to school as his substitute. It seems earth-shattering needs to happen for Noi to dig himself out of this place. But, when that earth-shattering event happens literally, we and Noi only feel an ever-lasting numbness. 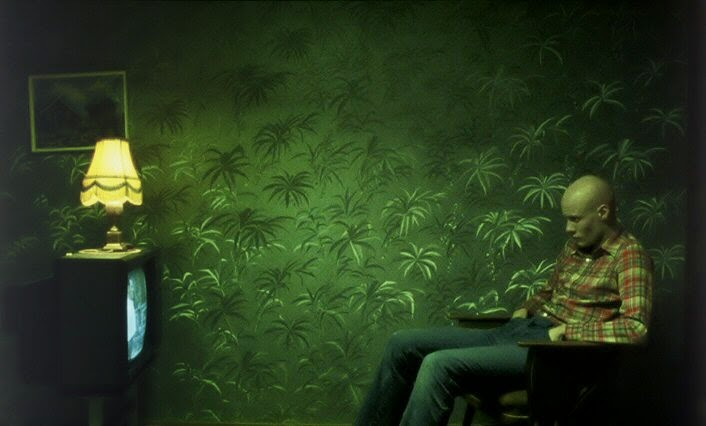 In the movie, Oskar, the book-keeper reads from Danish philosopher and poet Soren Kierkegaard’s writings. One of Kierkegaard’s wordings that best sums up the movie is: “Boredom is the root of all evil”. Director Dagur Kari (his debut feature-film) unfolds the everyday life of Icelanders in carefully etched out vignettes, alleging that there few meaningful moments for an individual to behold. Initially, Kari uses dead-pan humor to get us into the characters’ emotional dislocation. That melancholic, dead-pan tone immediately brings to mind the movies of Finnish auteur Aki Kaurismaki. May be Noi’s father, Kiddi is a nod to Kaurismaki’s deadbeat protagonist (Kiddi does karaoke and has a cat named ‘Elvis Aaron’).


Many viewers might balk at the movie’s glacial pace, but Kari deliberately does this to make us understand how living in a frozen wasteland even makes the time to move in a dull manner. Kari’s indelible shots give us wonderful sights to behold: a rainbow shooting across a path of ocean; a giant snow-covered mountain that looms over the village; Noi digging a grave in the blizzard. While, these images on-screen fill us with wonder, the director never misses to point out how our bright-boy protagonist feels trapped in the fjord. When you see teen throwing rocks at rainbow, you can definitely feel how much his surroundings annoy him. The ending at first looked disappointing, even though it has its own deep meaning. The ending asks what would happen if everything – what you saw as barriers – one day just magically disappears. The finale is totally unexpected and bleaker than the earlier proceedings, but it doesn’t feel completely strange. 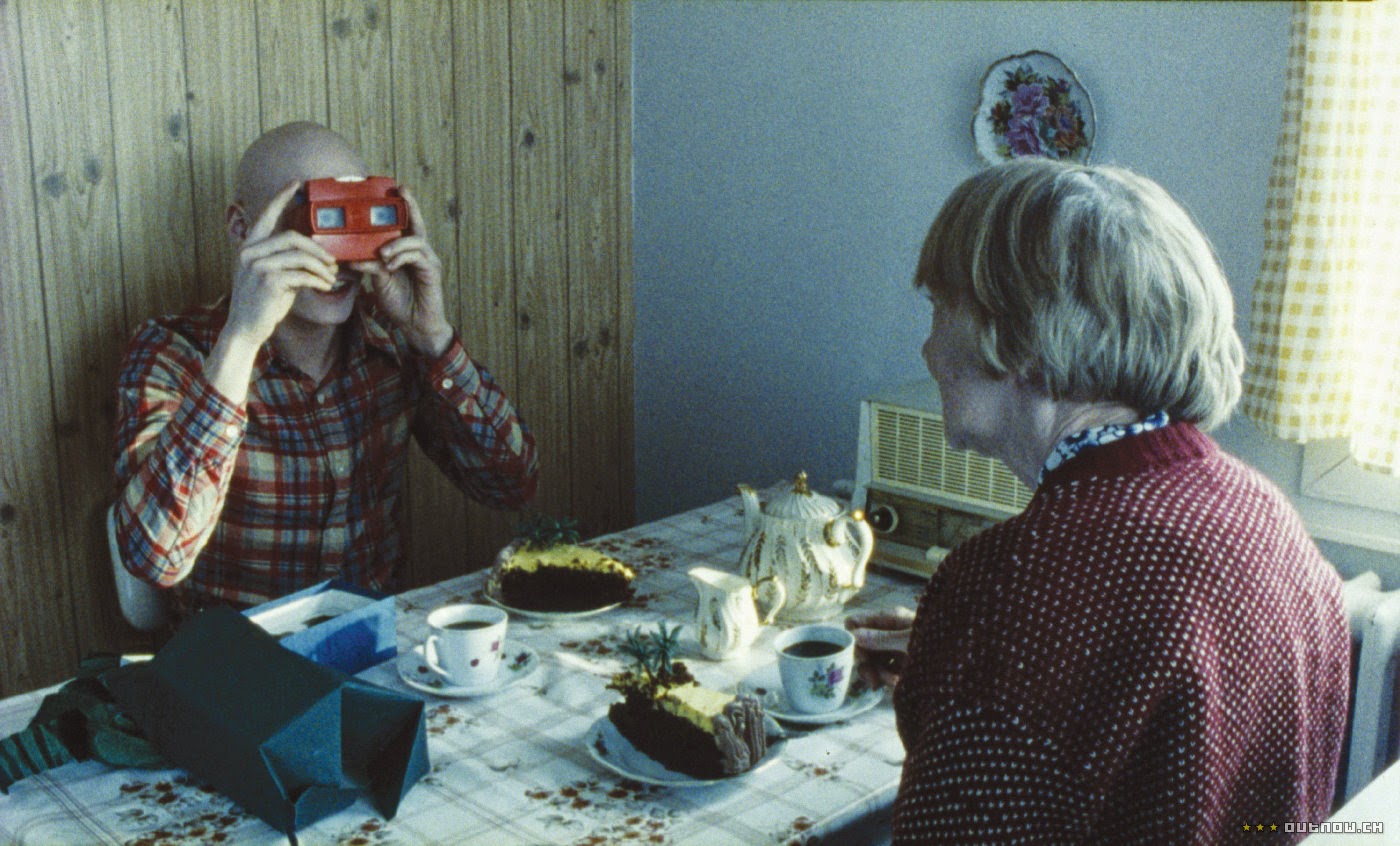 Tomas Lemarquis (played small roles in “Snowpiercer”, 3 Days to kill”) deserves full-credit for gracefully handling the difficult job of playing Noi. He straddles between the savant and simpleton characteristics by merely using facial expressions. Till the end, he keeps his character a mystery to the villagers as well as to us. All of the supporting characters, especially Elin (who played Iris) brings a nuance and remarkable naturalism to their performance.


Although “Noi the Albino” (86 minutes) boasts a familiar storyline of adolescent alienation, its exquisite setting and sense of mischief tears away most of the coming-of-age cliches. It tries to be relentlessly inventive by showing teen angst through evocative images.