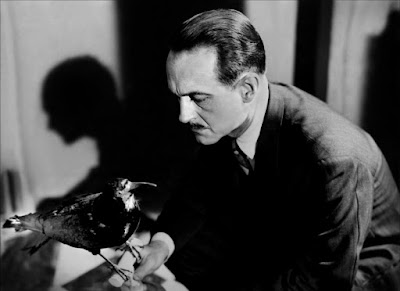 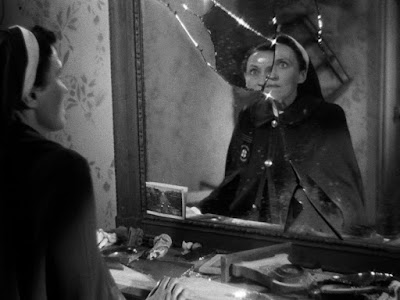 Frederic Knott’s 1966 Broadway play Wait Until Dark is anything but contrived. The same could be said about the 1967 adaptation by Terrence Young. But it also happens to be one of the tensest thrillers ever made on-screen with charming and vulnerable-looking Audrey Hepburn playing a blind woman who is terrorized by trio of crooks. In fact, the meticulous direction and tight plotting makes the gimmick or contrivance part of the movie’s charm. Mr. Roger Ebert referred to the story-line as ‘idiot plot’, although he gave it a thumbs-up review and called it ‘a superior film’. There might be a sensible and easy solution to the problem encountered by Audrey’s character. Furthermore, even the chain of events involving the ‘doll’ seems overwrought. Yet the overall superiority of mood and atmosphere, which is largely set inside a frigid, claustrophobic one-bedroom apartment, makes Wait Until Dark a relentlessly intriguing cinematic piece. 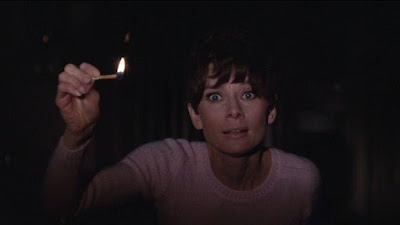 When Alan Arkin was asked if he thought his role of suave villian in Wait Until Dark was overlooked for the Oscars, he quipped, “You don't get nominated for being mean to Audrey Hepburn!” As a matter of fact, the producer (also Hepburn’s husband at the time) Mel Ferrer and director Terrence Young knew that there’s nothing more terrifying for audiences of the era to see Audrey Hepburn (and that too visually-impaired!) being terrorized. The basic plot has some Hitchcokian feel to it. It starts with heroin sewed into a fancy doll, which is taken over by a dolled up woman so that it can be smuggled from Montreal to New York.  While getting off the plane, the courier woman sees a man she doesn’t want to see, and discreetly hands over the doll to an unsuspecting photographer Sam Hendrix (Efram Zimbalist Jr.). The reason the woman gives the photographer, which is revealed later, is just one of the many strained plot elements. Not knowing what’s within the doll Sam takes it to his basement apartment he shares with recently blinded wife, Susy Hendrix (Hepburn).

Meanwhile, a shady, sun-glass wearing urban hipster criminal known as Mr. Roat (Alan Arkin) employs an detailed set-up to blackmail two con-men, Mike Talman (Richard Crenna) and Carlino (Jack Weston) to get the doll back. Susy is a determined woman who wants to take care of herself and be the ‘the world’s champion blind lady’. She tries to handle most of her chores, although there’s also sprightly, misbehaving pre-teen neighbor girl Gloria (Julie Herrod) to do grocery shopping now and then. Sam briefly talks to Susy about the doll he misplaced somewhere within the apartment, before he is called away on business trip. After Sam’s depature, the three villains conceive an elaborate plot to make their way into Susy’s apartment and to locate the stuffed doll. Initially, their crafty plan is devoid of bullying or violent threats. Their con game puts psychological pressure upon Susy, gradually imprinting within her mind that the only way to help herself and Sam is to find the doll. Nevertheless, once Susy recovers from her mild panic and after putting her sharp hearing and reasoning skills to work, she partly works out the disguise. It all leads to more superb, suspense set-pieces. 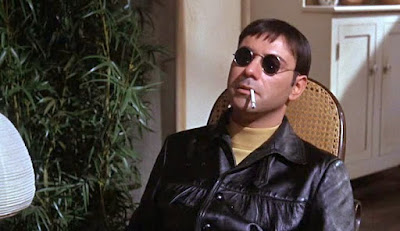 Wait Until Dark mostly works due to director Young’s deft presentation of the sequestered surroundings, which easily overcomes the weaknesses in the plot. Aided by Henry Mancini’s brilliant score, Young impeccably stages the slow descent into chaos without an iota of visual tedium. Early in the film, Suzy bumps into a chair and loses her balance. It seems to forebode the copious amount of disarray coming her way, which eventually invades into nook and corner of the tight space. The dramatic construction in the narrative extracts suspense pretty much from the skilful arrangement of the players. Young also makes good use of Suzy’s blindness (a key element to the film’s suspense), not just in the terrifying lights-out climax showdown, but also in the scenes when the three con-men cunningly play up on Suzy’s fears. The camera closely watches Hepburn’s face as her expressions seems to relentlessly scrutinize the plausibilities of their story (as always Hepburn in close-ups glistens with a soft luster). These sequences where Suzy gets expertly manipulated lends huge emotional weight to the proceedings, and Audrey Hepburn with her trademark blended expression of frailty, self-pity, feistiness and tenderness made me forget the utter irrationalities in the plot.

The final confrontation must be a study in concocting suspense within very limited space. Throughout the narrative, we get acquainted with the confined habitat so as to know where every item is. Hence when the lights go out, we too feel the entrapment and feeling totally helpless. Suzy’s restored pluckiness and Roat’s coolheadedness tussle with each other, while the atmosphere is plunged into darkness and viewers are left to interpret noises and unsure of what the next spark of light would reveal; the moment Roat coolly lights a match and Suzy threatens with the gasoline can is absolutely cheerworthy.  The casually malevolent Roat showcases sheer joy in tormenting the blind woman, which makes her final solid stance all the more entertaining. Though the script written by Robert Howard-Carrington & Jane Howard-Hammerstein keeps intact the play’s far-fetched elements, they push the limited plot moving ahead, often deflecting our attention from the very thin story. The home-invasion sub-genre was later vitalized as well as boringly familiarized by Italian ‘Giallo’ movies (replete with visual panace), Hollywood slasher thrillers, etc. But rarely we could come across a unique cinematic work that divulges effective shock and nail-biting tension without a spill of blood like in Wait Until Dark.