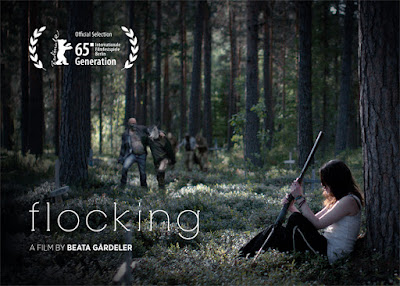 Swedish film-maker Beata Gardeler’s “Flocking” (‘Flocken', 2015) is an unsettling portrait of the mob mentality. Its understated examination of worsening societal behavior & false sense of solidarity reminds us of Thomas Vinterberg’s incendiary drama “The Hunt” (2012). The images are cloaked with dull, grayish shades, a palette which looks like a polarizing view to the shiny progress of the Scandinavian nation (in various things). In the recent years, Sweden has been scrutinized by international media for the authorities’ cover-up of sexual assaults and lower conviction of sex offenders. “Flocking” is loosely based on a true incident in which the old-world social misogyny thrived in a remote Swedish town. But the themes explored here are universal, since we often come across such gruesome episodes all over the globe. The film works as a condemnation of victim blaming and the perils of group-think in the digitally connected world (it won the Crystal Bear for Best Film in Berlin Film Festival).


The movie opens on a very small, religious town boisterously celebrating a wedding. The faces of Fourteen-year-old Jennifer (Fatime Azemi) and the good-looking, 15-year old boy Alexander (John Risto) comes in and out of focus among all the wedding guests (they exchange empty looks), gradually setting in a distressing atmosphere. We soon learn that Jennifer has reported to local authorities that classmate/friend Alex has sexually assaulted her in the school restroom. ‘Why would you lie about something terrible like that?’ asks Alex’s mother to Jennifer after driving to her home. She also asks them both to be friends as if they are 8-year olds with a petty quarrel. Jennifer’s single mother is an unstable, alcoholic woman who already has gained ill reputation in the local community. When the girl painfully clings to her claim, the community instead of finding whether the accused is guilty, flock up on Jennifer, calling her an ‘whore’. The court and police doesn’t place her in a net of safety. An online chat group and tweets channels in collective anger to push her into isolation. Even people whom Jennifer thought of as a friend are persuaded by the mob. The community’s thinking about rape and their expectations of the behavioral attitude of rape victim are as unnerving as the suggestion of sexual assault. The mob defending Alex keeps on arguing about his popularity & good looks. 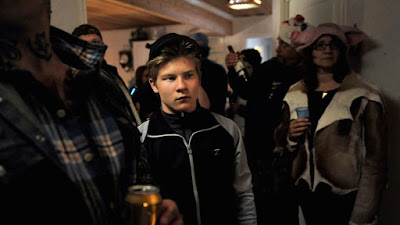 Although “Flocking” tracks down the familiar process of witch hunt, Baeta Gardeler’s restrained direction unflinchingly raises the claustrophobic tension without relying on dramatics. Gardeler divides the narrative into chapters as the community’s social dynamics become too complicated in each chapters. The director opens each chapter with a symbolic image juxtaposed with words typed in online bullying campaign against Jennifer. The images subtly keep on placing an unwanted burden on us, successfully provoking us to reflect on our contemporary society. The bland color palettes give a very commonplace, naturalistic look. The highly disturbing incidents amplify the tension due to this mundane atmosphere. Although the Gardeler doesn’t make us doubt Jennifer’s reticent behavior, she closely observes Alexander, who is burdened with guilt. Alex is not shown as just another apathetic member of the mob. The way Alex’s relationship with his mother and the manner with which he purges his guilt in the final scene disturbs us more. The heavy impact we derive in the end wouldn’t be the same if Alex was just shown as single-dimensional villain. 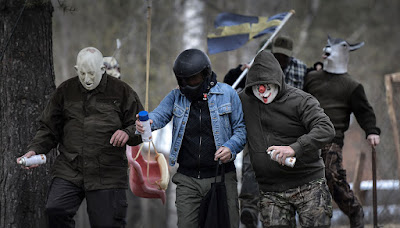 Perhaps the most heart-breaking aspect of “Flocking” (apart from town priest's behavior) is the episode involving David, surrendering to the masses. His transformation shows how easy it is for people to go with the mob rather than stand apart & do their own thinking. When the infuriated Jennifer takes a shot-gun in her hand (towards the end) I hoped for a bloody, cathartic experience. But, Gardeler ends up the movie on an ambiguous note, which pervades the emotional pain ten-fold. A violent scene wouldn’t seem to offer right resolution for Jennifer’s ordeal (although viewers would desperately want that). When Alex does ‘something’ to take advantage of the town’s stupid resistance, there’s a stifling feeling that we too are standing by closer to him, passively observing the cruelty. That image of Alex along with the very last frames sends us up in a dark, contemplative mind-set, kindling more tough questions. Fatime Azemi’s carries the whole film with her quaint but loudly resonating performance as Jennifer. It was very distressing to watch her wallow towards the breaking point.

The refined exploration of the familiar societal horrors like herd-mentality & victim-blaming in “Flocking” (110 minutes) offers an emotionally draining movie experience. This trip through darkness is certainly tough to watch, but it’s a vital film about the nether side of community dynamics.