Into The Wild - A Journey Into Self Realization 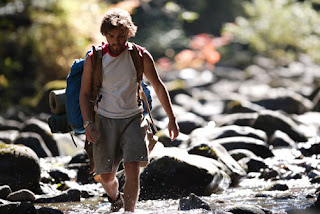 Into the Wild by Sean Penn (Screenplay and Direction) happened to be one of such movies. It’s based on a true story which was published as a book by the same title written by Jon Krakauer. If you are a serious cinema lover and you have not seen Into the Wild, you are missing something. Add it to your list now.

Based on the true story of 22 year-old Christopher McCandless (Emile Hirsch) , who gives his entire savings to charity after graduation, and begins his journey and great adventure into the wild. Chris believes that he can live off the land and that he doesn't need any money to do that. He has a goal of testing himself to the fullest by heading into the wilds of Alaska and surviving alone.

It took, Chris about two years to finally make it to Alaska, and along the way he meets a series of colorful people that he had never before encountered through his privileged life. Once in Alaska, Chris must battle for his life against the harsh reality of nature in an abandoned bus.While Chris was in the "bus" the movie takes us back and forth in time and explains his dysfunctional family life and his earlier travels during his last two-years.

Into the wild is not racy like other wild adventure movies, but a slow and sublime narrative, visually stunning.  Sean Penn as a director does poetic justice to the book and pays an apt homage to the spirit of freedom. In fact, at one point in the movie actor Hirsch and character McCandless merge seamlessly and it is impossible to believe that it’s ‘acting.’
This movie should be watched with the mind set free, for a moment , from, ATM machines and the internet, to think about the choice which life gives us, either to succumb to a life of responsibilities, routine work, and social bondage or simply to a life ………………into the wild.
Memorable Quotes:


“If we admit that human life can be ruled by reason, then all possibility of life is destroyed.”
“Happiness only real when shared.”
“I think careers are a 20th  century  invention.”

Nice post... i'm going to look forward to this one!

Into the wild ... Its a movie to live not to watch ... This movie inspire you to loose your identity and just live your life... and Learn life lessons in Tramping ... coz one travel is equal to reading 1000 books ...

Arun did a brilliant job - Its like "Into the Arun"

This is a movie that makes us think, challenges our notions about life and who we are and pays a tribute to way we originally were : connected to nature.
Thanks for writing this review Arun

Its a wow movie. A truth teller and an entertainer - Gautam Nautiyal