The Heiresses [2018] – A Nuanced and Impeccably Performed Female-Centric Drama 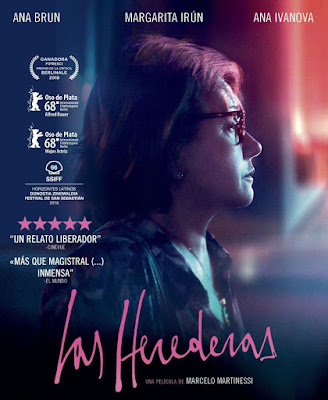 Paraguayan film-maker Marcelo Martinessi’s graceful slow cinema The Heiresses ('Las herederas', 2018) opens with the image of women appraising ornate objects – like cutlery, crystal glassware, linens, paintings, etc – in a cosy drawing room with feigned disinterest. This shot is framed in a way as if someone is watching these women from a hallway through the slightly ajar creaking doors. The person behind the door remain nailed to her place as the visiting women haggle over the precious antiques with a judicious fifty-something woman named Chiquita (Margarita Irun). The other woman who retreats into her bedroom, and in a sense from the outside world, is Chela (Ana Brun), the long-time partner of Chiquita. Both the eponymous heiresses supposedly hail from a blue-blooded family, whose wealth however is in constant decline. Chela wants to save herself from humiliation by leaving the financial practicalities, which involves selling heirlooms to inquisitory (female) buyers, to the worldly Chiquita. Director Martinessi subtly and neatly lays out the burdensome personal setting through this adroitly observed opening scene and further hints at the simmering discontent lying beneath.

Paraguay was pinioned by dictatorship until 1989 which smothered the nation’s footprints. Still it’s alleged to be a ultra-conservative nation with not much space for cinematic expression. Although Martinessi’s debut feature doesn’t spell out the country’s past and is simply composed as an intimate character study, it could become a significant point of reference in modern Paraguayan cinema. In fact, The Heiresses is a daring film (to be made in any nation slowly recovering from the throes of dictatorship) in its own way, because it’s about an ageing lesbian couple and moreover tackles the world of women (there’s not a single prominent male character in the cast). Martinessi may have painted this journey of self-discovery and liberation in a smaller canvas, but it’s nevertheless rendered in an exceptionally assured manner. Thanks to Berlin Film Festival, the film’s visibility has expanded as it picked up multiple awards, including Silver Bear for Ana Brun’s deeply evocative performance. 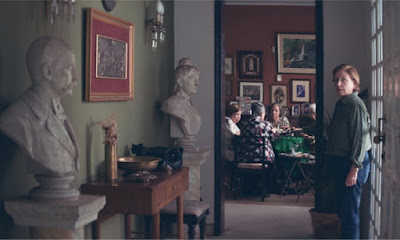 Director Martinessi neither establishes the titular heiresses’ past nor gives a concrete reason for their financial downfall. While the cherished artifacts get gradually dismantled or displaced from the plush home, the vivacious Chiquita squarely faces the ordeal, whereas the more introverted Chela stay morose in considering their worsening financial reality. Change looks like an intimidating enemy for Chela as her haven, filled with cutleries and paintings, turns into a prison. Adding to her woe is Chiquita's inevitable trip to the prison due to unpaid debts. Now left under the care of a clumsy new maid Pati (Nilda Gonzalez), Chela is forced to become pragmatic and self-dependent. At first Chela seems content to wait for Chiquita, but an old, spiteful and affluent neighbor named Pituca (Maria Martins) inadvertently turns Chela into a taxi driver. She starts driving group of older women to their bridge club, which allows her to meet up with the sensual forty-something Angy (Ana Ivanova). Subsequently, Chela seizes every opportunity to be near the lovely Angy, although the woman is clearly in a heterosexual relationship. 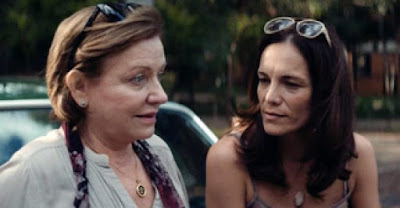 The Heiresses could be read as a late coming-of-age tale of a cloistered woman, who overcomes her delusions regarding wealth and sexual desirability. Nevertheless, what elevates this lean narrative is Martinessi’s nuanced direction which never gives into melodrama or other contrivances. This is very much a unshowy yet intimate exploration of a older woman’s sexuality, infused with yearning sidelong glances (although the risque factor is lot less than in Sebastian Lelio’s Gloria). We constantly expect Chela to run into some sort of trouble -- in the motorway or a spar with the ladies of localized taxi service – even though the director’s focus wholly lies on exhibiting how the old woman undergoes transformation due to her freshly reawakened desire (a secretive late love). Chela’s social status that’s also under transformation allows Martinessi to observe the nature of wealthy women of certain age, finding entitlement and pride through the comfy cushion of privilege. But the director’s reflection is loaded with deftness of touch and compassion that we feel for these elderly women who try to retrieve a sense of agency.

Martinessi’s aesthetics mostly attunes to small details, effortlessly conveying the interior lives of a class of women. From Chela’s painting table to the precise arrangement of water, pills, and diet coke in the tray, the details are attended with care that the random materials seems to have hold over Chela’s emotionality. The geography of the home is never displayed in a clear-cut manner and diegetic sounds from previous scene flows into the next in order to comment on the character’s confinement. Not only the sounds within the house, the noise inside the prison compound or in motorway add to the feelings of alienation. And by telling Chela’s story through Ana Braun’s expressive eyes, whose quiet presence shines through the darkened door ways, Martinessi organically taps into emotional depths. The introspective Ana conveys her sense of desire in delicate strokes. Eventually, the depiction of lost generation of wealthy Paraguayans in debt could also be read as a metaphorical representation of oppression within the internal fibre of a society. Altogether, The Heiresses (98 minutes) is an expertly crafted drama on self-determination, loss, independence, and sexual reawakening.