Jordan Melamed’s indie-feature Manic (2001) is a well-intentioned drama on young damaged souls who have no hope whatsover to win over their inner demons. Although, it’s not a very memorable or piercing portrayal of troubled teens, the chief drawing factor is the presence of now-familiar cast members – Joseph Gordon-Levitt, Zooey Deschanel, and Don Cheadle. Manic is also known for its hand-held, Dogme-95 style camerawork, which actually becomes the film’s liability rather than just boost its naturalism. The shaky camerawork tries to be close and intimate to the characters, capturing all their self-inflicted physical wounds and emotional bruises beneath. While this choice provides an immediacy to the proceedings (especially in the group therapy sessions), it is ultimately annoying and ends up distancing the characters from us. 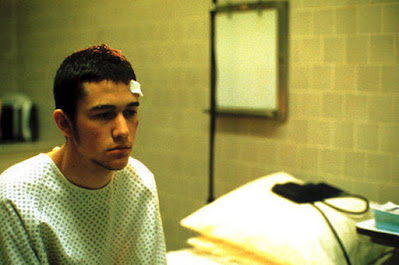 Brad Anderson’s horror movie set in an old, abandoned mental institution, Session 9 was also made on Digital Video in the same year. But Anderson’s hand-held technique was mostly effective because he used it in moderation (without causing motion sickness). Manic's script written by Michael Bacall & Blayne Weaver at times embraces conventions and cliches of movies set in mental asylum. However, the writers don’t shy away from hard truth and remains ambiguous when it comes to dealing with mental illness and the promised recuperation.

Manic has an unusual setting: juvenile wing of a mental institution. Here there are no standard cinematic tropes: punishing therapy sessions, sadistic nurses and guards. The institution is run by an idealistic, perceptive, and calm counselor Dr. Monroe (Don Cheadle). The narrative simply delves straight into the adolescent problems or anxiety in all its complexity. It’s hinted early that the only thing which might impede the recovery is their relapse into destructive habits. Dr. Monroe clearly confers that no pat resolutions are waiting these teens, if they stay few weeks in the institution. He suggests no can quite escape from their destructive temperaments, but can learn to control them.

High school kid Lyle (Joseph Gordon-Levitt) is there because he has a penchant for flying into rages and beating people up. He has exploded recently and nearly beat a kid to death with a baseball bat. The rage is may be something genetic or it’s caused by his father’s physical abuse. Lyle mostly stays guarded and when forced to talk he is vague and inarticulate, but still his intelligence and empathic feelings are intact so as to know the difference between good and bad. 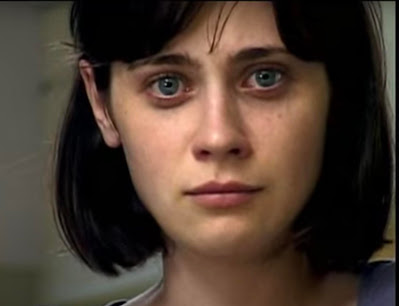 Lyle’s peers includes a shy Native American teen with a history of sexual abuse (Cody Lightning), a bully (Elden Henson), a wannabe intellectual with uncontrolled mood-swings (Michael Bacall), a non-conforming Goth girl (Sara Rivas), and a fragile wallflower Tracey (Zooey Deschanel) who is tormented by nightmares. Barring the familiar plot trajectories, and uninspired exchanges, the movie’s soul lays in the group sessions scenes, where Dr. Monroe carefully and compassionately initiates deep conversations and referees growing hostilities. The doctor’s questions are very basic: “What gives your life meaning?” But it makes the tough-shelled teenagers to open up and understand their own vulnerability.

Movies on disaffected American youth has increased sharpy in the recent years – It’s A Kind of Funny Story, Short Term 12, Me and Earl and the Dying Girl, Wrist Cutters, To the Bone, etc. And, some of the films get past the indie-film cliches and fires up narrative full of substance and heart. Destin Daniel Cretton's Short Term 12 is thematically and structurally similar to Manic, which was written based on Destin’s own experience of working in a similar facility. Freed from stylistic obsession and strengthened by brilliantly fleshed-out characters, Short Term 12’ focus was more sensitive and profound than Manic. Nevertheless, Jordan Melamed’s depiction of disaffected youth is not entirely robbed off its heart and profundity.

The problem with Melamed’s approach and screen-writing duo’s textured writing is the way it resorts to blatant symbolism (a Van Gogh’s painting serves as the most unsubtle symbol) or sentimental reactions, treating the characters as mere ciphers (which is ironic since camerawork seeks absolute realism). Gordon-Levitt and Deschanel does a marvelous job in underplaying their agitated characters, plus the chemistry between them is well observed. Yet Melamed often breaks up good rhythm in a scene for unncessary cutaway shots, avoiding the space to build up a character. The characters’ spiralling down also becomes all too familiar. 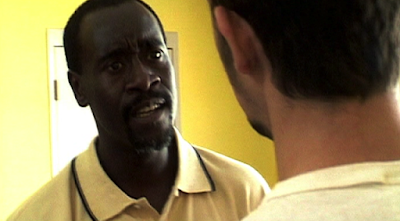 The vital aspect of Manic which makes it heartwarming is the presence of Don Cheadle as Dr. Monroe. Cheadle gets the chance to play the narrative’s most fantastic moment: the occasion when the doctor cracks up in the group session and starts throwing furnitures around. The actor makes Monroe’s pain and weariness very genuine and his sequences don’t suffer much from the editing choices. Of the minor teen characters in the institution, I liked Cody Lightning’s Kenny the most. He doesn’t say much but piercingly conveys his dread and feelings of uncertainty.

Eventually, if you get past the jerky cinematography and familiar, unsubtle plot devices, you could discover the Manic’s compelling, slightly ambiguous view of troubled youth. It’s not a break-out feature, but not a strictly mediocre work too.