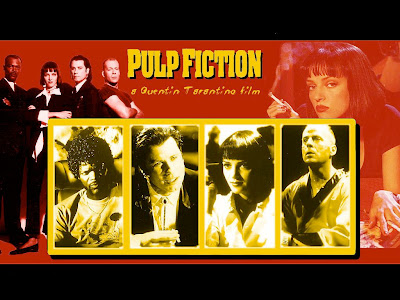 Art is a very powerful thing. It has been known to spark creativity in some and give others a reason to be offended. Whatever the case, art has been around for ages and is probably one of the only things that can really be considered timeless. It should be intriguing and original. Sometimes art takes bizarre roots too. The artist's work will often dismay some people; you can't make an omelet without breaking some eggs, and you can't make a hard-driving work of art without bruising some sensibilities.

Pulp Fiction is one of those bizarre and puzzling movies, which is brilliant and brutal, jaw-droppingly cruel and disarmingly sweet. It doesn't evoke straight-out-of-the-book responses. Some people liked the film's unique structure; a few tried wrapping their heads around the puzzling narrative; and still others hated it because of its violence and language.

"Pulp Fiction" ushered in an era of moviegoers that were popularly associated with the "Tarantino" generation. What's more, the film's success had a blazing impact on Tarantino's career, with a few critics calling him one of the greatest directors of all time, while others questioned his immediate fame.


Plot
The story is an anthology of three interconnected stories that take place in a modern-day Los Angeles. Pulp Fiction's three tales are structured to intersect and overlap at key points, even though they are not presented in chronological order. The lives of two mob hit men, a boxer, a gangster's wife, and a pair of diner bandits intertwine in these tales of violence and redemption.

I can't really tell you about the plot too much, because what's fun about the film is how it's made of all these different stories that cross paths to get to unexpected places.

Analysis
The major hero and the one who took the most risks in this movie was the scriptwriters, Roger Avary and Quentin Tarantino. As was the case in all Tarantino movies, his crisp dialogue sparkles. The vulgarity-laced monologues and conversations ripple with humor and are ripe with points to ponder. Foot massages, hamburgers, comfortable silence, a gold watch, pot bellies, divine intervention, and filthy animals - all these and more receive the writer's attention as he presents meaningless issues in an intensely-fascinating and almost lyrical fashion. 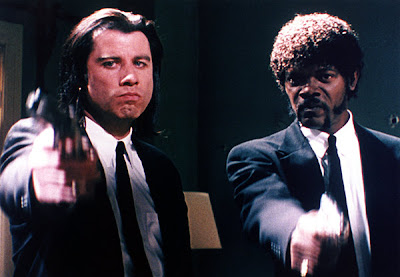 This is a movie that to describe it will only make you want NOT to go see it, yet it is mesmerizing and wonderful. Every actor in Pulp Fiction gives a career-topping performance in every role. John Travolta especially shines.  His smooth, under confident junkie Vincent Vega is our link to all three stories. He "plays" a different character depending on who he's on screen with. Ving Rhames is hilarious as the soft-spoken but ruthless Marcellus.  Bruce Willis as the boxer, is really cool even without the big budget mayhem that usually surrounds him. He even has some tender scenes with his annoying French girlfriend Fabienne.

Tim Roth and Amanda Plummer play a couple of small-time thieves who stumble on real pros. The always intense Harvey Keitel can also be seen as Mr. Wolf, who's specialized in solving problems And who can forget Christopher Walken's monologue, as a Vietnam veteran. And then there's Samuel L. Jackson. It's very unfortunate that he didn't have a chance to Oscar for Supporting Actor. Jackson as Jules is the movie's soul, a hitman who possesses, a conscience and in the path of redemption. 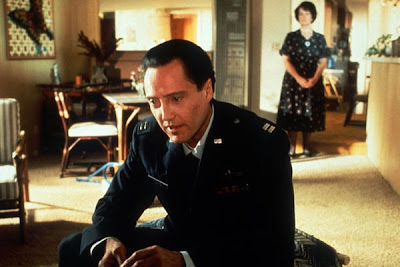 The cinematography is very dynamic, and the visuals are inventive. People sometimes criticize how Tarantino takes tricks from other movies but to me, that's what makes him so special. By combining stuff he learned from Godard, Leone, Scorsese, De Palma and others, he creates a unique blend that is always exciting. Even though his films are more about characters and dialogue, they also some feature violent action scenes. Tarantino stylizes violence in a comic way, without glorifying it. 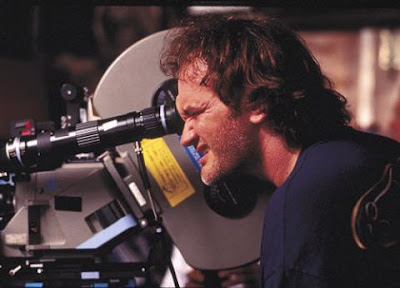 It is true "Pulp Fiction" influenced the movies of nineties like no other movie had done. Every layer of the movie,  that you peel away leads to something deeper and richer. It's a movie that is truly alive, made with spirit and energy; intelligence, and gamesmanship. "Pulp Fiction" is the kind of moment that doesn't strike twice: a brash, smart, wildly entertaining movie that will be oft imitated but never duplicated.

one of my favorite movies. excellent review. too good :)

Its my favorite Tarantino movie till date.
Willis, Jackson, Travolta, Rhames, Thurman everyone did their best. :)

@Vinay, Thank you. My favorite Tarantino movie too.

Difficult to call it his best, since Inglorious Basterds also tried to do the same things on a much more complex level, but, yes, placed in time, and in his career, it is an absolute masterpiece. Loved your description of the film.

@Subhorup, Thanks for your comment. You are right, Inglorious Basterds was structured better. But Pulp Fiction is great because it was a fresh effort from a new director.

You are doing a Tarantino week or something? I guess this is the second post related to him I have come across in a few days :)

Pulp Fiction is a fantastic movie. I think I watched it the first time when visiting a friend while in the States.

@Ramakant, Thanks for the comment. It's just a coincidence to write about Tarantino and another coincidence was his birthday on March 27th.