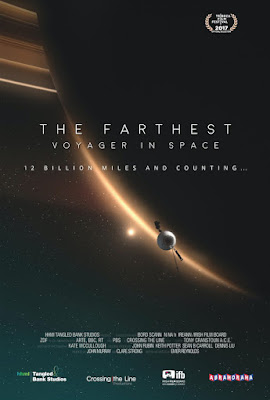 In 1972 NASA scientists proposed two-spacecraft mission to make a grand tour and closely study the outer planets of our solar system. The astronomers realized that the 1970s was the perfect time to make this journey since the alignment of Jupiter, Saturn, Uranus and Neptune would make it possible for the spacecraft to visit all four on a single flight. Using the slingshot effect of the planets’ gravity (to accelerate the probes’ speed), the scientists decided to use a rare phenomenon that allegedly occurs once every 176 years. In 1973, Nixon gave permission to create two ‘Voyager’ crafts to exploit this rare opportunity. Voyager 1 launched on September 5, 1977 (Jimmy Carter was the President), 16 days after the launch of its twin Voyager 2. The probes’ primary mission was finished when the spacecrafts made the first-ever flyby of Neptune in August 1989. Later in August 2012, NASA announced that Voyager 1 has finally left the Solar System and became the first human-made object to travel into the interstellar space. Apart from gleaning myriad of scientific knowledge from Voyagers’ fly-by mission, the probes continues to enthrall common populace – maybe to the annoyance of mission scientists – due to the on-board implantation of the Golden Record – a consolidated album of music and pictures (including greetings in 55 languages) to illustrate humanity to any intelligent extra-terrestrials that encounters the probe in the farthest space.

The 1970s may have hinted the onset of unprecedented technological advancement and propagated the idea of globalized community. Yet, it was the era where the threat of nuclear holocaust seemed imminent. It was also the era when human race started to contemplate on environmental degradation amidst all political and sociological quagmires. However, the Voyager and its Golden Record happened to send a bold, optimistic message into the cosmos that also doubled up as a reflection of our higher values and common responsibilities (which often gets lost among our pettiness and absurdities). The possibility of Alien life finding the golden record and coming to greet our planet (using positions of pulsars embedded in the disc) is not likely to happen, but the fact that our message is moving deep into the space reminds us of what we are truly capable of (humans may bring destruction upon themselves in the next few centuries and that record would eventually be all that’s left of our race). The Voyager missions were initially built to broaden our scientific horizon; to capture the mind-blowing aspects of solar system. But over these 40 years, it has also metamorphosized into a human interest story (thanks to the great American astronomer Carl Sagan). It is this beautiful marriage between hard-science and human element (of the Voyager missions) that was explored in Emer Reynolds’ magnificent documentary The Farthest (2017).

It would not be an exaggeration to say that the design of Voyager was inspiring and ground-breaking. The spacecrafts, which became humankind’s greatest journey of exploration, relied on comparatively meek 70s technology with memory space 240,000 times lesser than that of our average Smartphone. Alternately insightful and poetic, Emer Reynolds incorporates innumerable exciting information behind the mission. She shows us the sheer epic scale of the Voyagers’ achievements. Reynolds gathers impressive bunch of scientists closely involved with the Voyager program. The scientists rather than limiting themselves to elaborate on the specifics of science, speak like a curious, overjoyed kid embarking on his/her first journey. Reynolds focuses both on the overwhelming amount of knowledge the talking-heads express as well as delicately draws out each one of their personality. Humble, humorous and extremely smart, the scientists offer some interesting analogies for the non-scientific persons to wholly grasp the sheer scale of the project. It never feels like that the greying, elderly astronomers are dumbing down things, but it feels like the lecture of a passionate teacher, passing off the fervor to wider populace.

The fascination behind Golden Record get its due focus, although director Reynolds doesn’t forget to lend more weight to Voyager’s astounding physical journey and stories of the people inside the NASA control room. The thrill of Voyager flying-by each planet is visualized with considerable impact. The director definitely incorporates a strong audio-visual experience while focusing on the travel between planets. In one of the fascinating episodes, when Voyager 2 leaves Saturn, the enrapturing imagery of Saturn is accompanied with soundtrack of Pink Floyd’s ‘Us and Them’ song. Similarly, Reynolds tries her best to push the emotions within the strictly scientific story by careful choice of soundtracks and well harnessed visuals. In turn, it makes the scientific notions to gracefully blend in with philosophical and profoundly emotional thoughts. Moreover, Reynolds doesn’t treat the Voyager probes as a finished project, but as living part of humanity or ongoing experiment. Of course, there have been numerous documentaries and science articles which have conveyed the astronomical scale of our ever-expanding universe. Nevertheless, The Farthest (121 minutes) effectively breathes astonishment and hope to slightly wake us from our nihilistic somnambulism. In the end, it’s hard not to be elated over these anthropomorphized space probes, carrying a 'message in a bottle' into the unknown future. It’s an unadulterated educational piece, accessible to learners of all ages.

at January 04, 2018
Email ThisBlogThis!Share to TwitterShare to FacebookShare to Pinterest
Labels: 2017 Movies, documentary

Nice to see the Iconic Space Exploration Project. Making a documentary project are not a easy task you need lot to know about the history and space exploration as well.