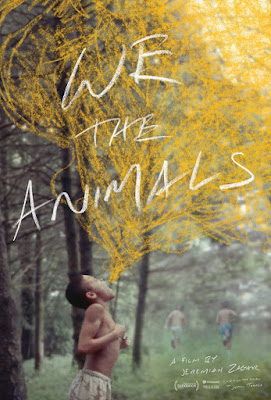 Jeremiah Zager’s feature-film debut We the Animals (2018) boasts one of those hauntingly poetic, plot-less coming-of-age narrative. Punctuated with beautiful and tragic vignettes, the impressionistic visuals register the interior life of a sensitive 10-year boy with little dialogue. Zager’s film is based on Justin Torres’ semi-autobiographical novel, detailing the emotional scars he incurred by his tough childhood. To stay faithful to the taut, raw, and precise tone of Torres’ 144-page novel, Zager and his co-writer Daniel Kitrosser had discarded the familiar narrative tropes and have also further intensified the thematic explorations of boyhood, masculinity, and sexual awakening through a striking visual form.

Aided by Zak Mulligan’s gorgeous cinematography (bathes the screen with golden yellow, deep greens and blues) and Nick Zammuto’s nuanced atmospheric score, We the Animals easily stands apart from the year’s other typical coming-of-age movies. Nevertheless, the languorous aesthetics demands great patience. The ‘We’ in the title are three barely pubescent brothers, who roam free among the woods, lakes, and lanes of a blue-collar New York neighborhood. Shot on Super 16mm film, marked by a grainy look to attune to the period the movie is set (1980s), the early vignettes tracks these rambunctious boys lapping up summer’s warmth and engaging in various playful rituals. The tale unfolds from the perspective of youngest of the three siblings, Jonah (Evan Rosado); the eldest is named Manny (Isiah Kristian) and the next Joel (Josiah Gabriel). The boys’ weary working-class parents (played by Raul Castillo and Sheila Vand) find it hard to put up with financial hardships while coming to terms with their turbulent marriage, let alone take care of the boys. 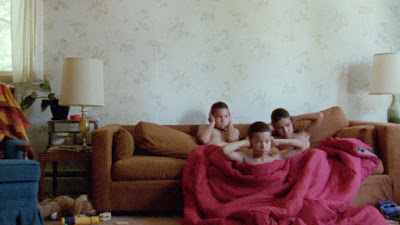 Left mostly to their own devices, Manny, Joel and Jonah rely on each other for companionship. We see the boys cooping inside the bed-sheet at night with torchlight in hand, and chanting ‘body heat, body heat…’ We see them joyously dancing with their Puerto Rican father, who orders them to ‘shake it like you're rich’, ‘shake it like you’re white’. We also see the boys witnessing signs of abuse inflicted by their quick-tempered father on their exasperated mother. But once after the violent argument, Paps and Mom kiss and cuddle with real passion. To provide further access to this aimless childhood and volatile domestic life, director Zager adds inky animated sketches (illustrated by Mark Samsonovich), lifted from Jonah’s therapeutic, emotional outpourings. Lying under the bed in the dark, Jonah articulates unchecked feelings of rage, longing, and fear through these raw drawings. It’s his way of making sense of the chaos. Jonah’s artistic skills also suggest that he hasn’t inherited their dad and brothers’ overflowing masculinity. In fact, the boy’s sensitive nature turns to be subject of ridicule as Manny and Joel gang up on him. All along the way, Jonah’s sexual identity is ushered in through his acquaintance with a teenage boy Dustin (Giovanni Pacciarelli), who hangs out with in his grandpa’s basement drinking soda and watching pornography. 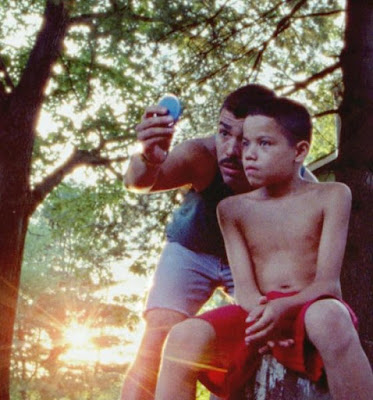 Director Zagar does a commendable job in subtly communicating the evolution of the boys’ brotherhood over a six-month period. The narrative core presents how the harsh and tender things the boys witness over this period gets internalized and how it may control their adolescent, and later, adult phase of life. By the end, Jonah clearly seems to break away from the ‘We’ scrawled in the title. In the opening scenes, the brothers look identical and move like a single unit. Their primal screams make them look like off-springs of early man. Adding to this feeling is the ‘body heat’ chant, which is also offered as a symbol of the brothers’ intimacy, and the absence of this chant towards the end suggests how that circle of intimacy is now lost. The animation, crayon drawings, and ceaseless flow of magical realism serve other important motifs to sensorially express the idiosyncrasies of Jonah. Employing agile, handheld camerawork, Zager and Zak closely adhered to the kids’ point-of-view while also deftly detailing the cumulative effect of singular things the boys perceive. One random violent burst (when a boy slaps his father’s bare back during a joyous family moment) superbly hints at unaddressed issues of the family’s convoluted bond.

We the Animals not only recreates the volatile childhood (unfolding in working-class background), but also zeroes-in on masculinity, the expectations and restlessness that comes with it. Manny and Joel’s path to manhood looks so different from Jonah’s. It is best illustrated in the scene the three brothers wake their mother after a physical altercation she has with their father the previous night. The two brothers’ reaction to their mothers’ physical abuse establishes the essential difference between them and Jonah (the traumatizing ‘swimming’ scene also conveys the contrast between them). Raul Castillo effectively conveys the contradiction between being a macho guy and sensitive parent. His masculinity contains a magnetic sense that pulls his wife and sons. But then his hyper-macho quality often stands as source of instability. The performances of the five-member cast is nothing short of brilliant (especially the three non-professional child actors). Sheila Vand (of ‘A Girl Walks Home Alone at Night’) and Castillo spectacularly showcase the feral as well as sensual energy that drives their relationship (alongside working-class angst). Overall, ‘We the Animals’ (94 minutes) marks an assured, mesmerizing feature-film debut and offers profound insights on boyhood and broken family.

Wow, what a beautifully written review! :)