In One Child Nation (2019), Nanfu Wang, a first-time mother and documentarian now living in the US, commits herself to the arduous job of scrutinizing various aspects of collective trauma inflicted upon generations of Chinese people, in the name of an allegedly necessary ‘social experiment’. The one-child policy, first presented in 1979, included into the Chinese constitution in 1982, and staunchly enforced until it was terminated in 2015, is one among the many examples of an infamous communist regime diktat, where deified economic plans are churned out by dumping the human lives into a statistical bucket. As this controversial law is now replaced by the considerably ‘generous’ Two-Child Policy, the state propaganda machine has kicked off campaigns to erase the memories of horrifying past in a truly Orwellian fashion. Nevertheless, Nanfu Wang & Jialing Zhang’s multi-pronged investigation of one-child policy puts a stop to this sweep-it-under-the-rug approach and valiantly displays all the micro and macro level adverse impacts of the policy. 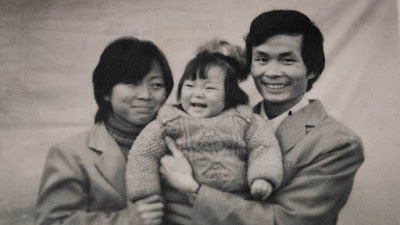 The one-child policy was strictly imposed all across China with few exceptions. In fact, Nanfu Wang came from a two-child household, which was possible in rural communities although it also had set of restrictions (demanding a five-year gap between children). The preference of boy child over girl is a common yet ineradicable cultural phenomenon across the world, but the policy has added brought upon sinister dimensions to it. Wang chillingly confesses that her parents were ready to get rid of her younger brother, if he had been born a girl. In one of the interviews with her uncle, Wang captures him grievously admitting the reasons for giving up a daughter. Starting with family members and cautious community elders, Wang gradually deepens her inquiry by talking with retired family planning officials, who provide the first-hand account of forced sterilizations (women were brought to medical centres hog-tied like a pig) and late-stage abortions.

A guilt-ridden mid-wife who says she conducted between 50,000 and 60,000 involuntary abortions now treats couples suffering from infertility. She invites Wang into her home and shows roomful of banners (affixed with infant’s photo) that expresses gratitude to the mid-wife from those benefited. Another old family planning official proudly exhibits the awards she gleaned from the authorities. Unlike the redemption-seeking mid-wife, this health worker believes that despite its harsh and upsetting nature, the policy was absolutely necessary and that she would do it again, if given a choice. She speaks like the firmly indoctrinated individual and never uses the typical refrain of “we had no choice”. In the earlier, episodic investigations, Wang and Zhang also focus on how the authorities efficiently applied different forms of propaganda to indoctrinate people: from billboards, folk music performances to playing cards and calendars. 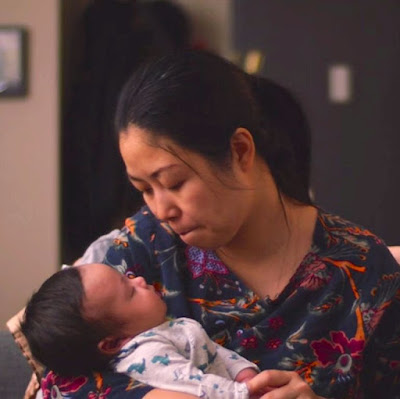 It is only when Wang meets an artist (named Wang Peng), who painted Mao’s little red books with pictures of fetuses, the unimaginable ugly layers of the policy begins to unravel. More than the upsetting testimonies of health workers performing late-stage abortions, it is the artists’ devastating photos of ‘yellow bags’ (bags containing fetus or abandoned babies died of exposure) which sharply reveals the atrocities of the policy. It is definitely ironical that the ones who offer glimmer of hope for the abandoned babies are human traffickers (aka ‘match-makers’). Not only the black market for babies is linked to the one-child policy, but such black markets have played a dominant role in China’s international adoption scheme (initiated in 1992). One of the former child traffickers, now working as a security guard after a stint in prison, describes how he started rescuing babies out of compassion, which later became a lucrative family business. Wang’s researching on trafficking and adoption policies disentangles a much more intricate web of fraud and deception, sponsored by the state.

Wang speaks to an American couple – Brian and Long Lan Stuy -- the adopted parents of three Chinese daughters, who established Research China to provide the service of helping adoptees to track down the origins of the alleged orphans. Eventually, Wang follows the investigations of an exiled Chinese reporter, updating his story on separated twin girls, one growing up in rural China while the other in US. The effectiveness of One Child Nation lies in the manner it connects all the dots, intertwining the personal, political, and social dimensions of the story. Wang starts her narrative by evoking a deeply personal context (having recently given birth to her first child), but gradually reaches out to discuss the wider social impacts of the policy. The personal context (Wang’s voice-overs keeps alive a conversational tone) compliments the investigative reporting part and vice-versa. Despite going through trove of archived materials and information, the directors take time to look at the psychological trauma of a populace, indoctrinated by the propaganda. Most importantly, the individuals who find the state policy adequate enough are never demonized; all have served the agenda of a faceless state that trains humans to be at odds with their own humanity.

Overall, One Child Nation (88 minutes) offers a comprehensive account of one of the darkest, heavily obscured chapters in China’s modern history. It also works as a seamless and haunting portrait of collective trauma and guilt.