The year 1939 was pivotal period in the film-making career of the America’s greatest director John Ford. By this time, Mr. Ford had been making movies for more than two decades, yet the works that cemented his place among the pantheon of great film-makers started to flow from 1939. Prior to that year, John Ford directed multiple films a year, gaining few Oscar nominations, although those films didn’t make any long-lasting impact on the movie-going public. Teaming up with yesteryear Western icon John Wayne, whose career by then was riddled with minor roles, Mr. Ford made the first of his many monumental works, titled ‘Stage Coach’. This famous Western continues to gain cinephiles’ rapt attention due to Ford’s exemplary focus on action and visual detail. Orson Welles had supposedly watched it close to 40 times. 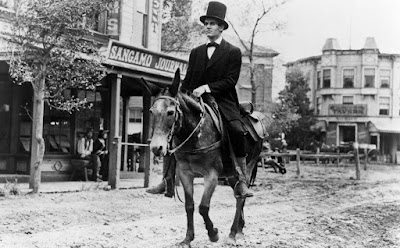 Politically or culturally, Stagecoach is as problematic as the director’s later-era Westerns, often depicting Native Americans from the myopic or prejudiced view of White Americans. In many ways, Stage Coach is eulogized as the birth of John Ford the auteur. But at the same time, the director also made a fascinating movie in the same year, which received lukewarm response, both critically and financially. In retrospect, Young Mr. Lincoln (1939) maynot be to be as remarkable as Stagecoach, but intriguing for many of its Ford-ian thematic preoccupations – for instance, the perpetual conflict between free will and constrained society.

Young Mr. Lincoln chronicles a decade in the life of Abraham Lincoln (Henry Fonda), from the time he was a simple storekeeper to becoming a considerate lawyer, after arriving at Springfield, Illinois in the year 1837. “When the legend becomes fact, print the legend”, says the famous line in Ford’s classic Western ‘The Man Who Shot Liberty Valance’ (1962). In the similar vein, the young Lincoln in Ford’s movie confirms to the folkloric or mythologized versions of the historical persona. It uses a sentimental fable to try and get to the heart of a true American hero.

Although historical truth is replaced with fictional heroism, the movie remains rousing and captivating due to Henry Fonda’s precise, well-grounded portrayal of Lincoln. John Ford near perfectly balances his story, alternately confirming to the perspective of Lincoln as the agent of history, and Lincoln as the skepticism-free individual. Ford employs a fictionalized event to mine Lincoln’s unfaltering wisdom to almost ascend him to the mythic stature. He also simultaneously visualizes Lincoln, who is persistently haunted by the past (the loss of his beloved friend Ann Rutledge and his nomadic, near homeless state) and an uncertain present. Even though Ford’s vision ultimately gives way to overt sentimentalization, Fonda’s genuine attempt at depicting the rough edges and vulnerabilities of the great leader actually precedes the subtly complex performance of Daniel Day-Lewis in Steven Spielberg’s Lincoln (2012). 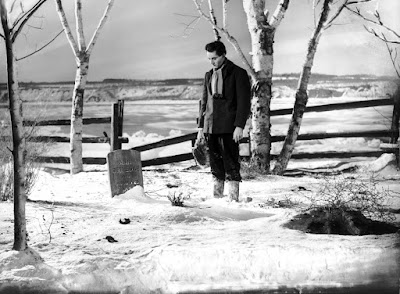 Young Mr.Lincoln was written by America’s prolific and respected screenwriter Lamar Trotti (The Ox-Bow Incident, The Razor’s Edge, etc). The film opens with the kind, young Lincoln, listening to a farmer’s needs in small-town Salem. He vows to take up their problems in the State Legislature as an elected representative and gives one of his soothing speeches from a cabin porch. One day, a poor family after receiving Lincoln’s help pays him in the form of law books, which seals the lonely man’s fate. Encouraged by the books and soulful exchanges with his (doomed) first love Ann Rutledge (Pauline Moore), Lincoln decides to take over the lawyer profession.

Years later, after Ann’s sad death, he opens a law office in the Illinois state capital of Springfield. Lincoln, an inexperienced lawyer but a man of action, stumbles upon his first major criminal case. The two young brothers of the Clay family – Matt and Adam -- accidentally kill a local thug, who beleaguers their family’s women. After subtly censuring the drunken, lynch mob that tries to string the boys, Lincoln takes upon the case. Considering the experience of state prosectutor and his amenability with the judge, the boys surely appear to be headed to the gallows. Of course, the mob of racuous, uncivilized forces are pinned down by the then-defense lawyer’s idealized stand.

Young Mr. Lincoln is mostly a standard courtroom drama than a well-rounded biopic. Its power and effectiveness largely lies in Ford’s heightened sense of style and his penchant for adeptly construing the environment to play pivotal part in the proceedings. Although Ford’s trademark shots of vast outdoor landscapes are very few in here, he makes good use of studio sets to capture the emblematic maturation of Lincoln. Trotti’s script is filled with earthy, nostalgic notions of old Americana, which Ford embraces it with a sense of exaltation, especially in the noisily playful ‘fair’ scene and the bit mawkish conversation between Lincoln and the women of Clays’ family. 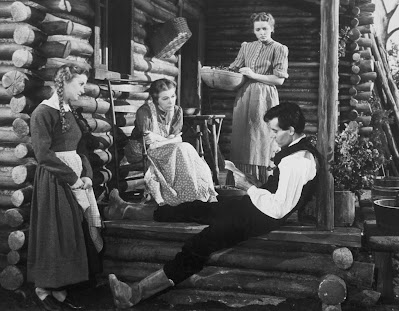 Ford’s signature thematic notions are all here: representation of human resolve, individual power, staunch nationalism plus the venality and hypocrisies in a class-conscious society. The myth of Lincoln in the narrative definitely controls the character from being thorougly multi-facted. Yet Fonda braves the onerous task and brings an extraordinary sense of intimacy in playing the political icon. Thanks to Fonda’s suave performance, the conventional mythic elements don’t threaten to drown the real, human nature of Lincoln. There are few moments where on-screen Lincoln is: ignoble - his casual ruthelessness towards two farmer plaintiffs; awkward - his acquaintance with fickle Mary Todd, the future wife; and rascally - there’s a minor moment when Lincoln ties a rope to a wagon to win the tug of war.

Intertwined with moments of folksy humor and linguistic maneuvers, the courtroom scenes unfurl in a brilliant manner. The only sizeable flaw in the trial happens to be overly idealized characters of the accused young brothers. Eventually, Young Mr. Lincoln (100 minutes) happens to be one of the best, earlier works of John Ford to deeply understand the metamorphosing power of myth.

at July 01, 2021
Email ThisBlogThis!Share to TwitterShare to FacebookShare to Pinterest
Labels: Based on True Story, Hollywood Movies