Charlie Chaplin And The Talkies 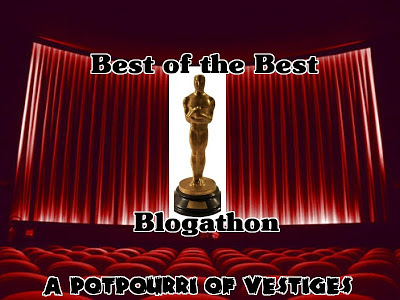 Best of the Best Blogathon - A Potpourri of Vestiges

Chaplin was the comic genius who created the little tramp, society's eternal victim - one of entertainment's most universally recognized characters. But, within years of classics such as The Gold Rush, he was struggling to adapt a craft fine-tuned from music-hall pantomime to cinematic sound.

It was 1928, just months after the first talkie had hit theaters, and Charlie Chaplin’s life was a mess. He’d recently been through a highly publicized divorce. The IRS was hunting him for $1.6 million in unpaid taxes. On top of his private woes, Chaplin’s career was on the ropes. As talking pictures swept the nation, silent film—the art form he’d elevated to new heights—was flickering out. In the last few years, major studios had stopped investing in the medium, and every one thought, Charlie Chaplin, the world’s biggest movie star, would retire.

Chaplin decided to fight back. He wanted to produce one final movie that would put talkies in their place and showcase “the great beauty of silence. When City Lights appeared in 1931, it was widely believed that Chaplin was challenging both the aesthetic and commercial feasibility of the talkies, an impression confirmed by the fact that the film was in all its main respects a silent picture, with conventional musical accompaniment. 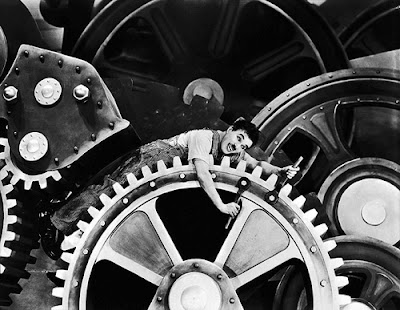 But Modern Times(1936) made it clear that Chaplin did not object to speech as such. What he was trying to do was the preserve the silence of his character, Tramp. This central figure in the pantheon of modern world would cease to be universal once he spoke in any particular language, or gave himself a local habitation and a name.

For twenty years Chaplin's great creation had projected mankind's futile rebellion against the oppressors. If he was now to find a tongue he must at least be specified and individualized, but individualized in some figure which would still personify the free spirit of man and the wrong it suffers.


A Vagabond And A Dictator

The course of history presented Chaplin, a opportunity. In Great Dictator(1940), Charlie the universal, Charlie the international Vagabond, becomes a Jew, and the impersonal forces which crush and humiliate him are focused in the person of Hitler. While it is not the greatest of his feature films, Charlie Chaplin’s tragicomic The Great Dictator is certainly his bravest, if not one of the bravest films ever made. 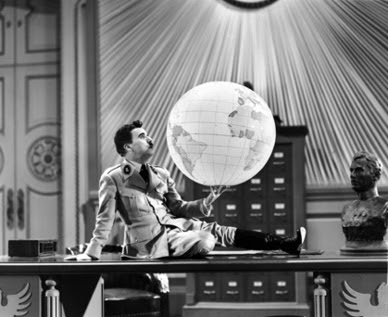 The Great Dictator went into production in September of 1939, just days after Germany had invaded Poland, and it had its initial wide release in the United States in October of 1940, around the same time that Hitler, then at the height of his power, was personally visiting occupied Paris. Chaplin produced the film at his own studio in extreme secrecy. Great Dictator comforted his admirers, and reassured the critics.

Chaplin’s use of comedy to expose the corrupt mechanics of fascism and racism at a time when many were turning a blind eye was a particularly powerful moral endeavor, with Chaplin using his unrivaled international stardom to say out loud what so many others were afraid to even whisper. Chaplin was the only silent-film comedian to fully transition to the world of synchronized sound. Chaplin had never spoken on-screen (although he did sing in Modern Times), which is what makes his final speech that much more moving and important, especially in contrast to the nonsensical venom spewed by Hynkel earlier in the film.

America ended its love affair with the former Tramp once and for all, when he debuted Monsieur Verdoux in 1947. Monsieur Verdoux indicates how passionately Chaplin intended to shock his audiences. How well he succeeded is shown by the fact the film has achieved almost no distribution, at least in the United States. This is in part due to the boycott propaganda campaign waged against the picture and its maker by Catholic churches, war veterans, and journalists. People are indifferent to it or bored by it. They hated it. It faces its audience with the gap between what they say they believe and what they do. And it implicates everyone. 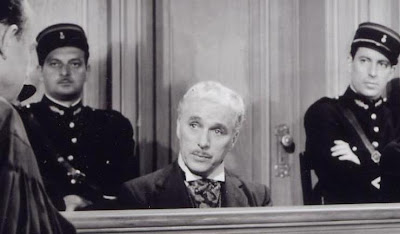 As is probably known, Verdoux is a businessman, whose business happens to be that of marrying women and murdering them after they have made their property over to him. Employed by a bank for thirty years, he finds himself out on the pavements at, the first sign of a depression. Pondering the reasons for this, he concludes that he has not adequately analyzed and exploited his own assets. A man of his resource and charm does not belong behind a teller's window. He belongs in the big time and the big-time, today is the business of murder.

"For 35 years I used [my brains] honestly," Verdoux says. "After that, nobody wanted them, so I was forced to go into business for myself. As for being a mass killer, does not the world encourage it? Is it not building weapons of destruction for the sole purpose of mass killing? Has it not blown unsuspecting women and children to pieces, and done it very scientifically? As a mass killer, I'm an amateur by comparison." That's what Verdoux's defense to his crimes in the court. Against the theme there has been a outcry, from the left as well as right. I do not think it is my place to defend the theme, except to say that the film will be now very well understood, than it was before sixty five years.


A Fading Comedian And A Monarch

Coming out in 1952, Limelight is Chaplin's most self-indulgent, and most sentimental. It is his pity party for having lost his American audience. His duet with Buster Keaton, who, unemployed and long since unbankable, needed the work, is one of the few moments of true inspiration in Limelight. But at last with this film, Chaplin reaches his greatest indulgence—imagining his own death.

In his 1957 A King in New York (Played as a European monarch), Chaplin satirizes, the vulgarities and excesses of contemporary American culture. Consumerism, tacky advertising, shallow pop music, plastic surgery. His aesthetic had at last become a theme without a style. When he directed A Countess from Hong Kong in 1967, starring Marlon Brando and Sophia Loren, nobody even took any notice. Retiring at last to his home in Switzerland, Chaplin enjoyed the critical resurgence afforded him in the last years of life, including winning an Oscar for his score to Limelight in 1972, 20 years after the film's initial release. 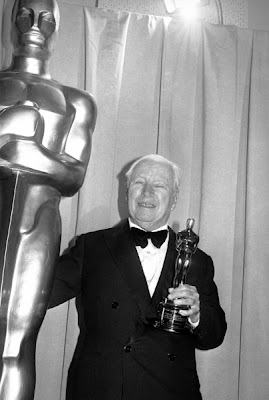 The most memorable moment of Charlie Chaplin’s later career was his triumphant return to Hollywood in 1972. A frail old man of 82, he came back to his adopted home to receive an honorary Academy Award. After a splendid film tribute, he appeared on the stage, and the audience of Hollywood’s greatest stood up and gave him an extended and tumultuous ovation.

In the You Tube era, audiences -- myself included -- often choose any latest  phenomenon as comedic gold. However, nothing has come close to matching the mixture of affectionate fragility and seamless comedic inspiration perfected by the Tramp.
at April 26, 2012
Email ThisBlogThis!Share to TwitterShare to FacebookShare to Pinterest
Labels: Film History, Hollywood Movies, Masters of Cinema, Social Drama

Once again a brilliant analysis. I believe Chaplin is one of the best actors Hollywood has ever had. One question;how do you take out time to post everyday. Hats off to you

great post..sir, to be honest, i have never seen any of his films in my life.but now iam willing to and certainly its just because of you..thanks for ur words.

thanks for sharing this buddy!

Very very true... Charles Spencer Chaplin is one the of the finest actors and geniuses the world has seen. In the midst of war, and loss and grief, he gave the world a reason to smile. Be it slapstick, mime or visual, he has no close. All our hats off to him.
Wonderful Post!

@Haricharan Pudipeddi, Thank you very much for the comment. Keep visiting.

Kumaran, Thanks for the comment, and do watch Chaplin's classics.

@rahul agarwal, Thank you for the comment. Keep visiting.

@Rohu, Thanks for your comment. True words about Charles Chaplin.

Another fantastic and extremely well researched piece of work. Charles Chaplin is an all time favorite filmmaker of mine and I believe your post does a great justice to this master of cinema. And, I accept it with rapturous glee for my blogathon. Thanks a ton!!! :-)