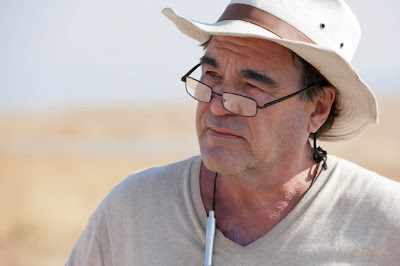 The 'archetypal' Oliver Stone moment can usefully be located in any key event in recent American history, captured on celluloid by a entirely different film-maker. In the lengthy courtroom scenes towards the climax of Stone's most controversial film, JFK, Jim Garrison (Kevin Costner) insistently plays and re-plays the infamous Zapruder film for the benefit of both jury and extra-textual audience. What we see in the graphic, fetishistic detail is in many ways a cinematic word equivalent for the Stone aesthetic of 'enlightenment through visual assault.'

As youthful product of Eisenhower's USA, the 1960s were for William Oliver Stone a series of 'holocaustal events', the primal scene of contemporary American social and political history; traumatic episodes which cannot be simply forgotten and put out of mind, but neither can they be adequately remembered; which is to say, clearly and ambiguously identified as to their meaning and contextualized in the group memory in such a way as to reduce the shadow they cast over the group's capacities to go into its present and envision a future free of their draining efforts. Through his portentous quasi-revisionist explorations and invocations of history, power, politics and paranoia in contemporary American culture, he has a become a more controversial, written about, admired and despised figure than film-maker in recent history.

The symbiotic relationship between the iconoclastic Stone persona and his films has been perpetuated and reinforced in both popular and critical representations, extending into discussions of his early screenplays and emergence as a major Hollywood player. Here are the bare bones of the Stone oeuvre: the lone, isolated male protagonist embodying the potential for both good and evil; the mythic narrative structure, typically involving a semi-spiritual journey from a state of innocence, though suffering and experience, to a state of knowledge and either redemption or destruction; colorful, testosterone-driven dialogue; and a preoccupation with extreme violence and death. 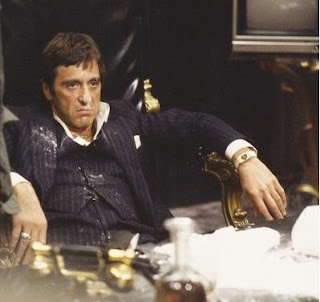 Typified by Scarface (DePalma, 1983) and Midnight Express (Alan Parker, 1978) -- for which Stone won his first Oscar for screenplay -- these films are also characterized by their racism, casual misogyny, and commitment to visual, thematic and, above all, emotional excess. Boundaries between 'author', text and fictional protagonist(s) are further excluded in retrospective analyzes and director's ever present self-commentary: events in Midnight Express, for example, mirrors Stone's youthful incarceration for drug possession, while Scarface becomes his post-rehab effort to cocaine. The emergent signature thus outlined sketches Stone's paranoid style: over-heated, oversuspicious, overaggressive, grandiose and apocalyptic in expression.

Platoon (1986), this largely autobiographical film's self-proclaimed significance lay in its unique status as survivor testimony; the story teller here granted as much as extra-textual guarantee Platoon's semblance, both as an authentic corrective to the philosophical portent of glorified Vietnam movies The Deer Hunter (Cimino, 1978) and Apocalypse Now (Coppola, 1979), and in opposition to contemporaneously militaristic fantasies exemplified by Rambo and Top Gun (Tony Scott, 1986). Protagonist Chris Taylor (Charlie Sheen) is a direct stand-in for Stone himself: a naive, middle-class university dropout who volunteers for duty in Vietnam, only to have his patriotic idealism and innocence crushed by the purposeless barbarity of the conflict and the profound social divisions between his fellow soldiers. 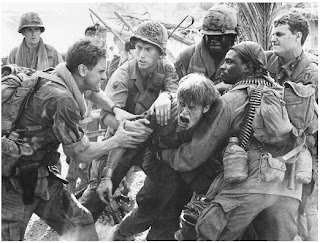 Close identification with his protagonists and symptomatically paranoid anti-authoritarian attributes from the cornerstones of the Stone persona looming over these films. Betrayed -- like Born on Fourth July's Kovic -- by America and denied the regenerative promises of the 1950s, the impassioned non-conformity of the director.protagonist takes on more than a whiff of revolt. These modern day messiahs -- Salvador's Richard Boyle, Platoon's Chris Taylor, Born on Fourth July's Ron Kovic , JFK's Jim Garrison, Any Given Sunday's Tony D'Amato, perhaps even Natural Born Killers' nihilistic lovers Mickey and Mallory -- come forth bearing the truth in various guises, only to be met with aggression and/or ridicule by the hypocritical, paternalistic establishment.

Denounced as both 'propaganda masterpiece' and the 'cinematic equivalent of rape', criticisms of JFK were virtually indistinguishable from personal attacks on Stone himself: critical bullets flew from all directions, with stone caught in the crossfire as the sacrificial lamb akin to JFK. In a media driven self-fulfilling prophecy, with life imitating art to an even greater degree, Stone's narcissistic crusade to expose the truth also formed a distinctly representational relationship with JFK's embattled detective Garrison. Stone's media profile soared, the seemingly endless debate over JFK intensifying his auteur presence and rhetorically bolstering the credibility of his populist radical-oppositional star image. 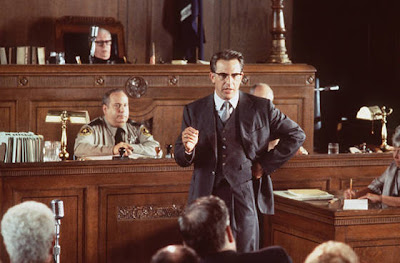 Stone claimed to be taking on both the establishment and 'official history', and the US box-office said he was winning by $70 million. Epitomized by JFK, Stone's historical docu-dramas have, courted controversy in both popular and academic discourse. Always already highly contagious generic cultural forms, the hybridized modes of infotainment that Stone has favored from Salvador through to Nixon to W have all suggested the slippage between the real/reel; that is the fluid variable synergy between historical artifact, popular memory and the Hollywood imaginary.  Although Stone inevitably fueled the fire by claiming that the hostile and prolonged JFK discourse was a symptom of his dramatic revelations, the hysteria that the film provoked among journalists, historians, politicians and the media pundits can perhaps be more usefully located in contemporary anxieties.

Stone's films are a formal investigation of the ways images are manufactured to produce memory and history ....... It is a film about discourse, power, process and ideology, about speaking things into existence by investigating and demonstrating how events are represented, so that learning is accomplished by understanding process and coming to terms with power........ Stone wants his film to change minds. But more importantly, the film wants to show the ways minds can be changed. 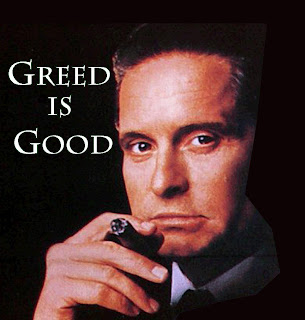 Stone's engagement with history have also been critiqued on various historical grounds: the lack of critical distance and overdetermined identification with his protagonists; the strategic creation of composite characters and events; his refusal to adhere to historical facts, and the subsequent mobilization of dramatic manipulation and speculation; the persistent use of mythic archetypes to personify historical events and social forces; and the displacement of historian's dispassionate objectivity by the emotionalism of the ideologue. Beyond all these mumbo-jumbo, Stone is more honest, if no less ponderous: "I admit I like excess. I like grandiosity of style. I like characters like Gordon Gekko and Jim Morrison. I believe in the power of excess because through excess I live a larger life. I inflate my life and by inflating my life I live more of the world. I die a more experienced man."

Despite the consistent marginalization of women and often banal masculinist agenda, in keeping with both Hollywood's melodramatic and paranoid traditions, Stone's films can be read as both symptomatically masochistic dramas and as tales of remasculinization. The menfolk of Stone's films, their prolonged suffering which dominates narratives in which, invariably, a white man is being beaten. Such fantasies of martyrdom repeatedly raises male torment and subjugation, from the explicit love-object worship in 'The Doors', through JFK and Nixon's nightmarish intimations, to U-Turn's convoluted noir-isms and the masochistic montages of brutalized male bodies and grunts in locker room fable 'Any Given Sunday.'

Oliver Stone, both the auteur-star and the films that bear his brand name adhere to the wilful incoherence of Hollywood's commercial aesthetic. He is a multiple-Oscar winner; the wild, chaotic, unpredictable auteur of excess, who rarely goes over either budget or schedule; the revisionist directs films based on the eternal truths of the classical mythology; the anti-authoritarian avant-garde film-maker  who directs star-studded, multimillion genre flicks; the maverick outsider who also manages to be one of the most powerful creative individual in Hollywood; and the political iconoclast.

(Book) Stone: The Controversies, Excesses, and Exploits of a Radical Film-maker
at April 04, 2017
Email ThisBlogThis!Share to TwitterShare to FacebookShare to Pinterest
Labels: Masters of Cinema

Definitely one of the best, under-rated filmmakers. Thanks for writing about him

@Haricharan, Thanks for the comment. Under-rated as a director, but controversial as a human.

This is a great piece and very interesting! Just one minor mistake though. Chris Taylor in Platoon is played by Charlie Sheen not Martin Sheen.

@Braden Clarke, Thanks for the comment and for correcting the mistake.