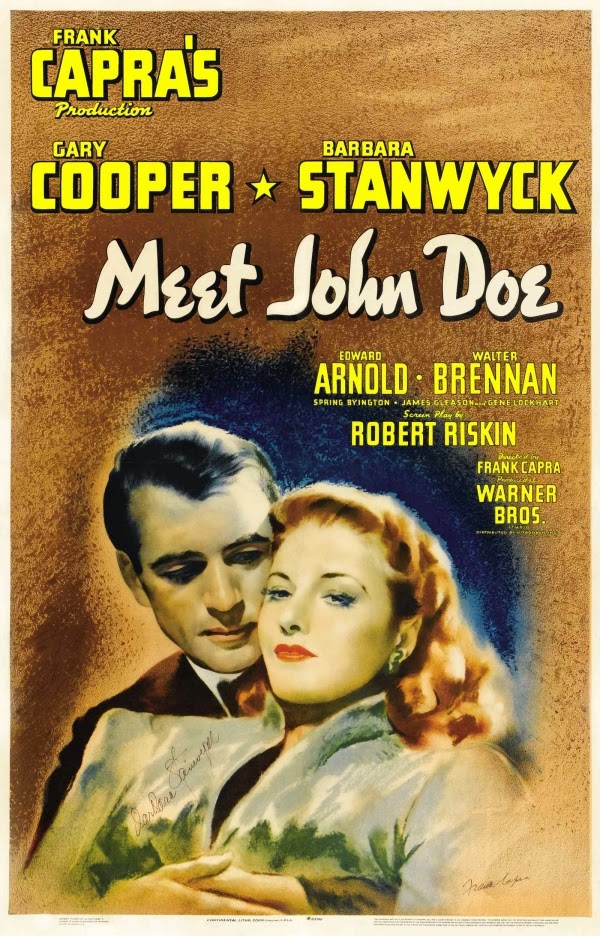 Frank Capra was one of the fine Hollywood directors to have crafted the image of “American Everyman”. He has tried his hand in romance genre (“It Happened One Night”, 1934), political and social commentary movies (“Mr. Smith to Washington”, 1939; “It’s a Wonderful Life”, 1946), slapstick comedy (“Arsenic and Old Lace”, 1944), and even WWII propaganda films for the US government. But, through all those films he has brought us the honest and forthright protagonists – the common man, who believe in the basic goodness of people. Although his movies could be bashed as sentimental melodramas, one can’t deny the powerful ideas he weaved in those films which resonates more than ever in the contemporary era.

“Meet John Doe” (1941) was the second collaboration between Capra, actor Gary Cooper, and writer Robert Riskin. The trio previously worked in the Oscar nominated “Mr. Deeds Goes to Town” (1936). “Meet John Doe” may not fit into the category of Capra’s ‘greatest films’, but as ever, his faith on American system and portrayal of timeless themes, gives an inherent charm to it. The film was based on the story written by Richard Connell and Robert Presnell (in 1922). The first shot of the film shows that a bronze plaque belonging to a newspaper office, named “Free Press” is being blasted off. The newspaper is brought by a wealthy industrialist Mr. D.B. Norton (Edward Arnold) and the new plaque reads “The New Bulletin: A Streamlined Paper for a Streamlined Era”. 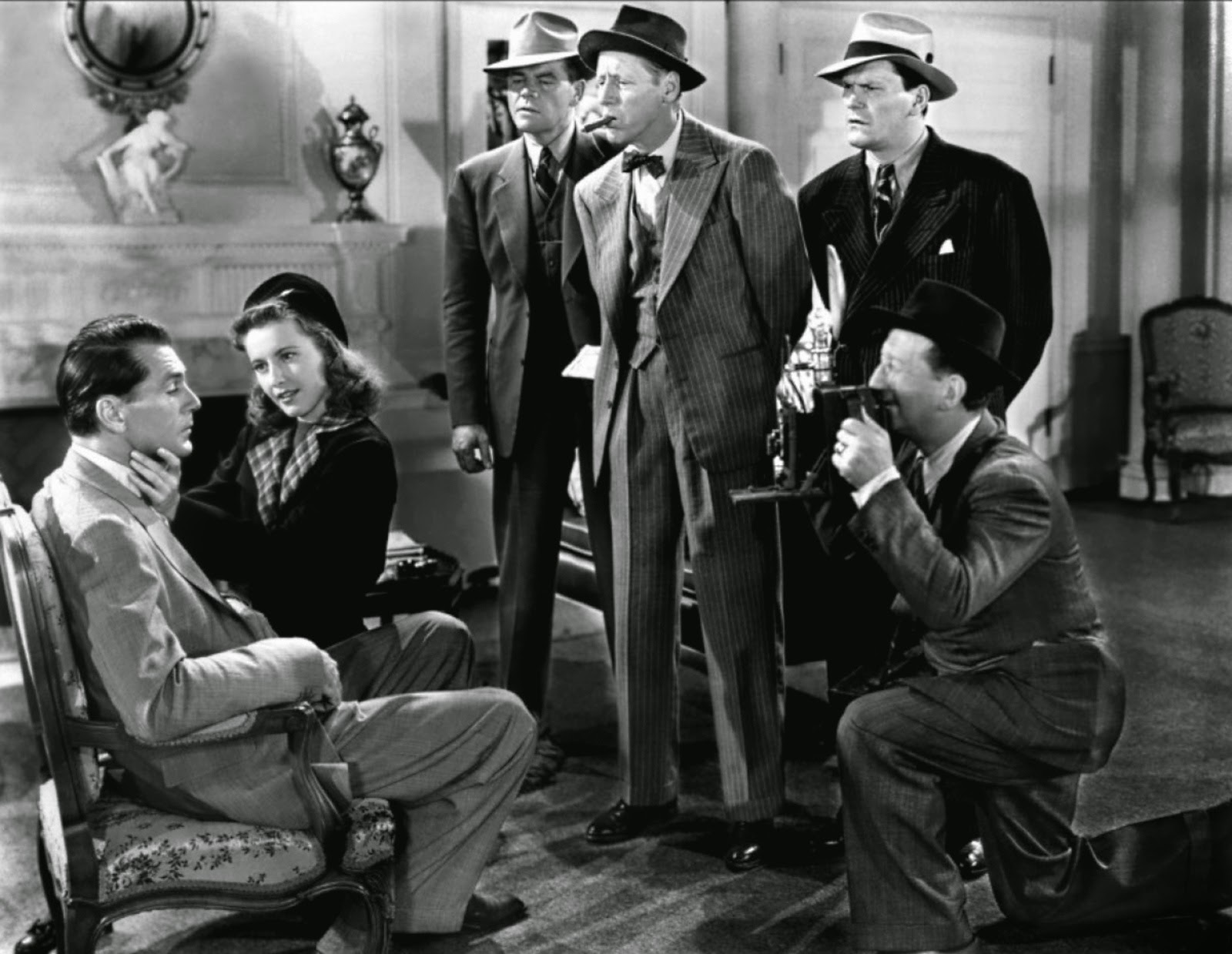 The new management starts off by downsizing its employees. When a desperate journalist, Ann Mitchell (Barbara Stanwyck) finds herself in the firing line, she cooks up a letter, written by a fictional John Doe, who threatens to commit suicide on Christmas Eve by throwing himself off from the top floor of City Hall. The fake letter by the non-existent John Doe protests against corruption and hypocrisy. The letter gets published and the reading public takes it as truth, donating money, offering home and jobs for the fictional character. When rivals accuse the newspaper of cheap publicity, the frantic editor brings Ann back on the job, and asks her to find the perfect common man to play “John Doe”. 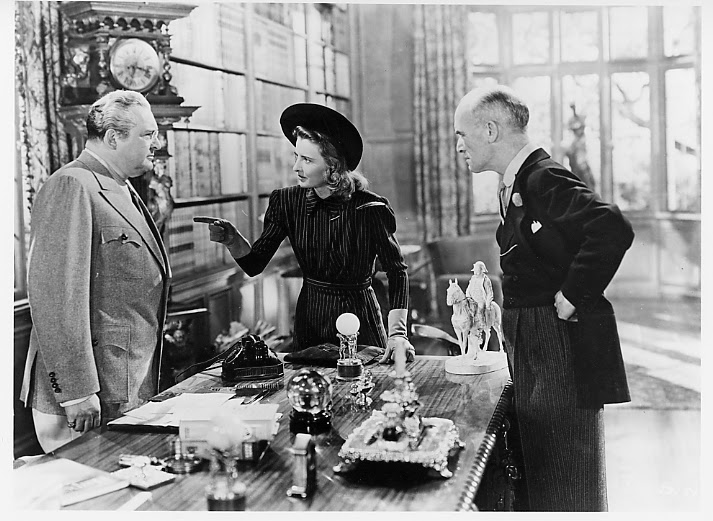 In an interview, they select the handsome and rugged John Willoughby (Gary Cooper), a homeless bush-league pitcher with a bad arm. To play the part, he is initially offered $50 and a promise to give enough money for an operation to fix his arm. With the help of Ann’s firebrand writings, John Doe protests against corrupt politics and for the poor people by staying inside a luxurious suite. The newspaper circulation hits the roof, and D.B. Norten invites Ann and also gives permission to take the ‘John Doe’ ploy further. 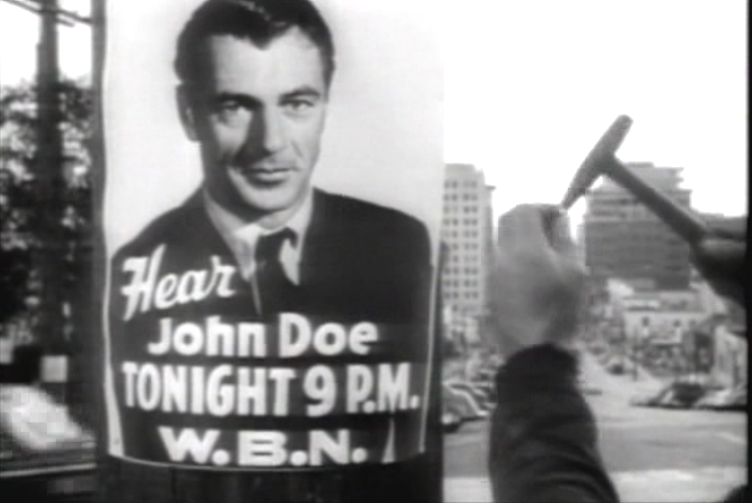 After delivering an inspirational Live Radio speech (written by Ann), Willoughby becomes a national celebrity. People across US start to form ‘John Doe’ clubs to help the needy and to fight against corruption. And, for some sinister reasons, D.B. Norten sponsors all those clubs that seems to sprout in every corner of the country. What started off as a joke becomes a ‘national movement’, and gradually turns into a spider’s web for Willoughby and Ann.

As usual, director Frank Capra expertly tells his story weaving comedy, serious drama, and political commentary. Capra mostly avoids cynicism when portraying about those clubs. He clearly depicts that the John Doe clubs didn’t stem from political anger but from benefaction. Through simple scenarios, the scriptwriter Riskin shows how politics could be transcended by some neighborly concern. Similar to movies like ‘Mr. Smith’ and 'Mr. Deeds’, Capra once again pits pure, naive common man against manipulative, greedy politician or businessman. The way Capra stereotypes these two polar opposite characters definitely has a childlike simplicity. Riskin’s clunky, happy ending also spoils the film a little, but despite these flaws, the movie’s profoundly discloses the timeless nature of the incisive group of fellows. 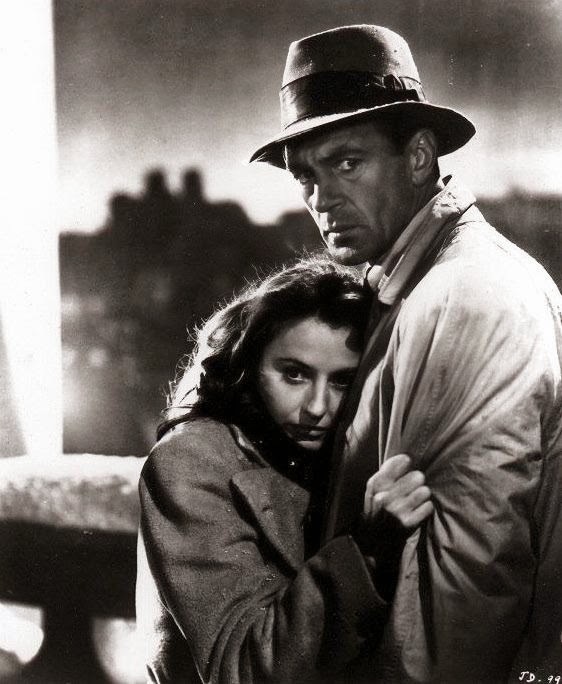 The corporate television media or tea parties may not have been so popular in Capra’s era, but a viewer could easily draw parallels with our contemporary era. It’s been more tan seven decades since the movie’s release, and still the operations of bad institutions and governments haven’t changed much. It still likens to glue itself into any genuine people’s movement, only to use it for their own devious purposes. Corporate interests and political aspirants seem to fund their way into grass-roots organization, connecting their own profit-minded wagon into those rapid fire crusades.  Capra’s cast is uniformly excellent. As Norten, Edward Arnold brings a calm menace into his character that is very unsettling. Walter Brennan as ‘Colonel’ turns in an entertaining performance and remains as the story’s voice of truth. The charismatic Gary Cooper perfectly fills in the role of the shy, bewildered protagonist.

“Meet John Doe” (122 minutes) is a must watch for Frank Capra fans and lovers of black-and-white classics. It is elevated by an entertaining cast and widely resonating political & social themes.