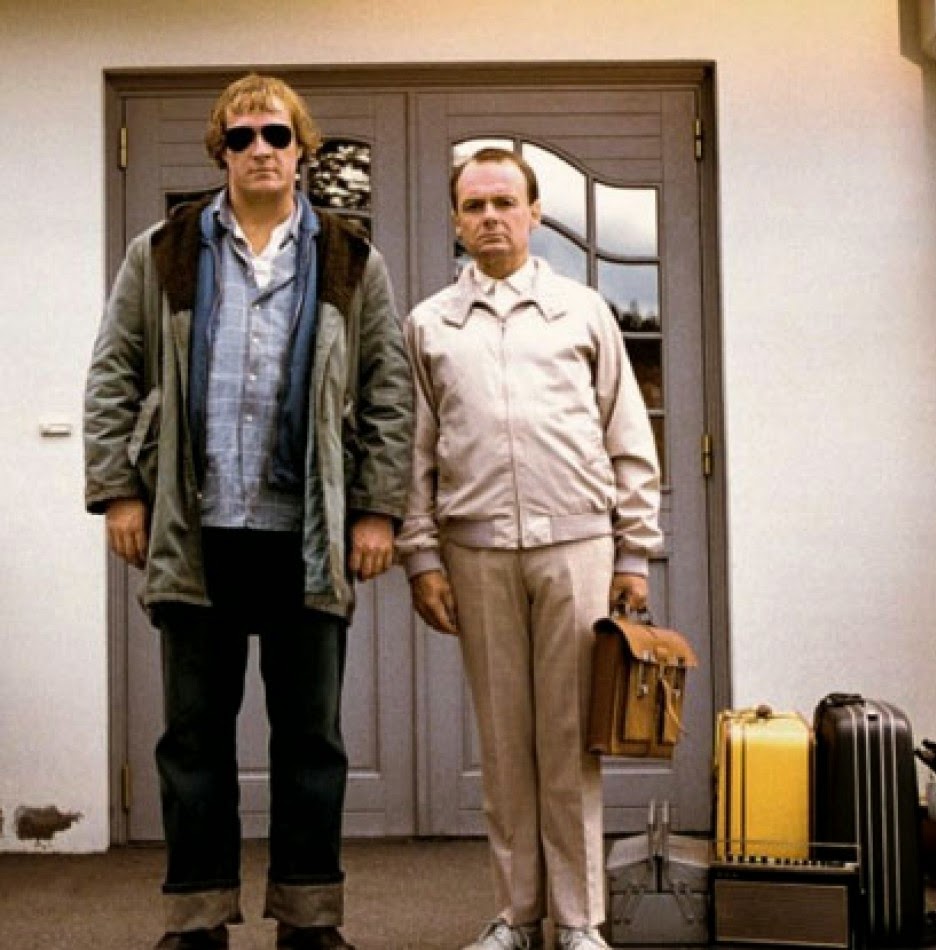 Petter Naess’ Oscar-nominated, Norwegian light-hearted comedy “Elling” (2001) opens with the authorities discovering a sensitive middle-aged guy, who has hidden in a closet after his mother’s death. The middle-aged guy named ‘Elling’ (Per Christian Ellefsen) has been a momma’s boy throughout his life and has seen very little of the outside world. He is well-versed in telling stories and reading books, but harbors prominent fears about society which puts him in an insane asylum. This initial setting alone is enough to paint a dark portrait about the exigencies of a wider world. But, this movie takes a different approach as it imbues an unsentimental feel-good texture to the storyline. It has an upbeat tone and works within the bounds of commercial cinema. At the same time, it never sinks into the lowly comic depths often evidenced in mainstream Hollywood cinema.

Elling is paired with a giant-like fellow named Kjell Bjarne (Sven Nordin). Bjarne is obsessed with the idea of sex and in a tense state he fiercely bangs his head against the wall. Elling, initially hates Bjarne as his asylum roommate, but over the course of two years they become pals. At the end of two years, the two guys are installed in an apartment in Oslo. They are deemed ready to rejoin the society and placed under the care of social worker Frank (Jorgen Langhelle). Now, they have to try to adjust to the routines of normal world. 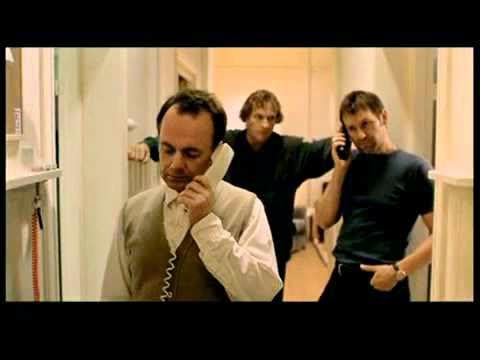 Living in a ‘normal world’ means going to shopping and striking new friendships. But, for Elling even answering telephones looks like an onerous task. He is frightened by the frenzied activities on the roads, as his two enemies accompany him (“I have always had two enemies, dizziness and anxiety”). When Bjarne escorts him across the street to a restaurant, it becomes quite an achievement. From then on, things gradually turn up for the better. Bjarne falls in love with a single pregnant woman Reidun (Marit Pia Jacobsen), who lives in the upstairs flat. Elling suddenly discovers a hidden talent of poetry (names himself as “Sauerkraut Poet”) and strikes a friendship with a reclusive elderly poet (Per Christensen).

Elling comments that while many people aren’t afraid to travel to South Pole, he is terrified to cross the restaurant floor to reach the restroom. But, once he conquered that fear by walking to that restroom, he immediately starts conquering another dear – calling from a phone. Through Elling, we are shown that seizing simple individual fears is the only way to move forward in life. In a typical comedy genre movie, the same odd-ball nature of the titular character would be used to poke fun at him, where he would react ridiculously in commonplaces (for example “Dumb and Dumber”). But, though “Elling” is a light-hearted comedy, it tries to address issues from the perspective of the character. 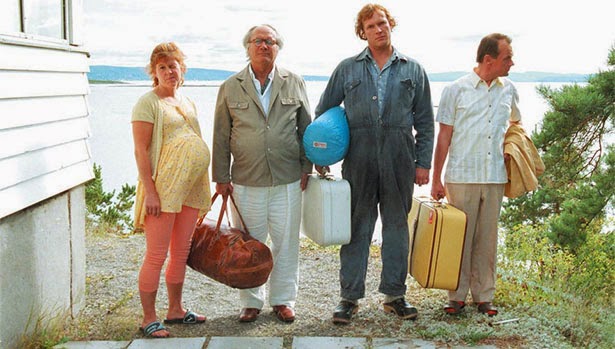 The relationship between Elling and Bjarne is moving, without any added syrupy sentimentality. Unlike a cliched ‘mental-impairment’ movie, “Elling” doesn’t offer us a sane guardian angel, who guides those eccentric guys to lead a ‘normal’ life. Here, the two main characters itself complement one another, possessing an attribute which the other lacks. They become co-dependent helping each other’s mental ailments. The movie was based novel by Ingvar Ambjornsen and director Petter Naess has earlier reworked the novel into a stage play. Director Naess elegantly walks the thin line between comedy and tragedy, without letting off the chance to observe darkly funny moments. Ellefsen and Sven Nordin reprise the primary characters from their earlier stage production. Their awkward ego-centric expressions are a pleasure to watch.

“Elling” (85 minutes) is a deftly managed comedy drama that celebrates a friendship between two wallflowers. It finds humor in these eccentric men’s misadventures, but stays away from making fun of them.