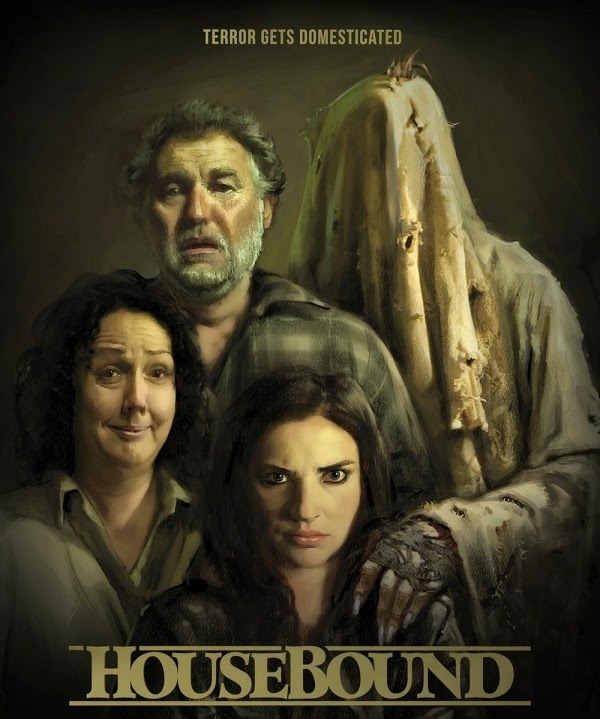 It is hard to make a good horror comedy or haunted house movie nowadays, and most of the times it is hard for viewers to sit through those particular types of movies. It’s difficult for a film-maker to circumvent the cliches, and almost impossible to rejuvenate this genre of films. Sometimes, horror comedies made outside US seems to get the ingredients right. For example, take “Shaun of the Dead”, where the comedy isn’t painfully unfunny and there is also a palpable sense of tension. The debut feature from New Zealand film-maker Gerard Johnstone, “Housebound” (2014) for the most part achieves this balance between horror and comedy.  Although, the horror here is predictable to a certain extent, the casting of two expressive ladies in the primary roles makes it a delirious fun.

The film opens with our protagonist Kylie (Morgana O’Reilly) trying to rob an ATM with a sledgehammer, but gets herself caught. A permanent sneer is constantly glued to her face because of the frustration that she can’t leave her run-down house and run-down town. Kylie’s previous record of substance abuse and anger management issues puts her under house arrest for eight months with an ankle bracelet monitoring her movements. When we hear Kylie’s mother, Miriam (Rima Te Wiata) talk we lean why Kylie thinks this is a cruel punishment. Another person in the household is Graeme (Ross Harper), Kylie’s step-dad, who is the polar opposite of Miriam. 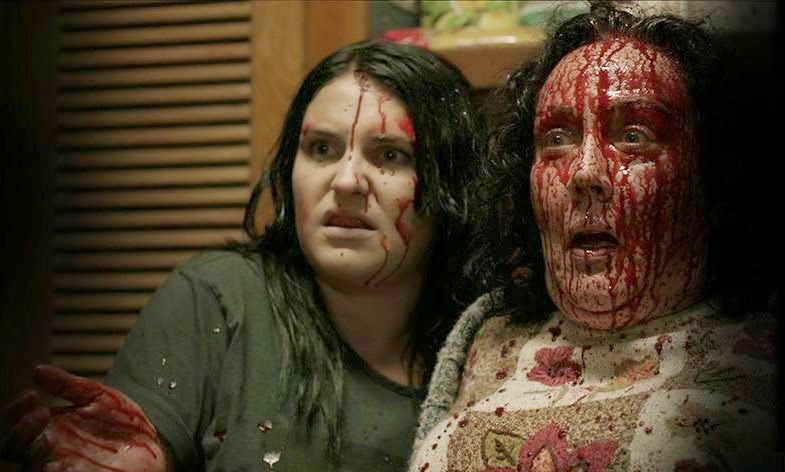 The court-ordered psychiatrist, Dennis’ (Cameron Rhodes) patronizing comments also doesn’t help Kylie. Miriam, the fast-talker often calls late at night to paranormal radio show and tells tales about how her house is haunted. Kylie makes fun of her mother’s tales until a trip down to the basement where her skepticism vanishes.  The authorities think that either she is having trouble separating reality from imagination or she is bringing up ghost to escape the house. Surprisingly for Kylie, the guard who monitors her detention, Amos (Glen-Paul Waru), believes her as he seems too obsessed with supernatural theories.

“Housebound” uses many of horror genre’s familiar beats:  a horrific back-story, where a teenager is murdered brutally in the house; a shirtless old guy skinning possums with an evil look; the protagonist stabbing the wrong person under panic; unnecessary jump-scares. But, what makes ‘Housebound’ entertaining is the way Gerard Johnstone explores his characters. Rather than forcing in plot points within the first 45 minutes, he develops the character and the central mother-daughter relationship. The comedic conversations flow smoother only because of this development. For the first few minutes, we could feel that the story is dragging itself down to the inevitable path, but soon present us with a scenario, grander than we could possibly imagine. 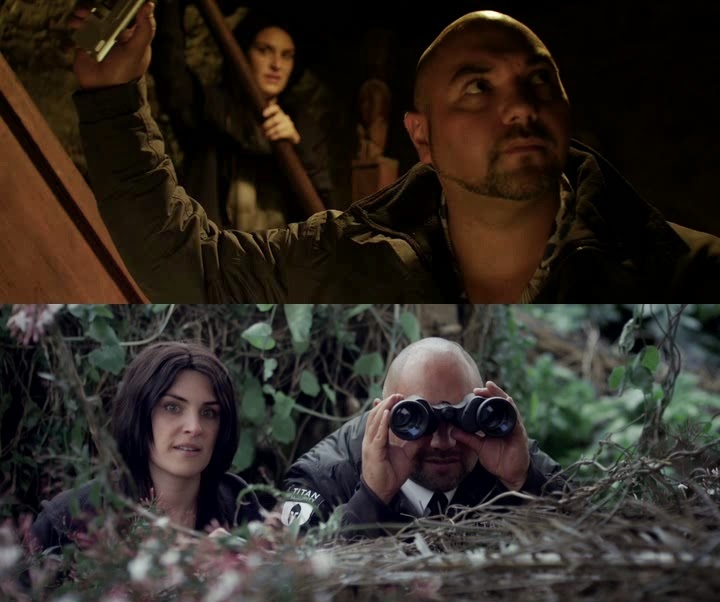 Director Johnstone builds every scene to either deliver a gag line or a scare, and at every turn he keeps us guessing that whether a build-up will result in shock or laugh. Humor for the most part is improved perfectly by the presence of well-cast actors. Morgana keeps Kylie interesting. Her characters’ cynical attitude and prolonged eccentrics could have easily frustrated the viewer, but she keeps everything under control. As Miriam, Rime Te Wiata adds a lot to the comedic mileage. Her interactions with O’Reilly not only generates genuine laugh, but also brings out her sweet maternal side. I felt that the third act is a bit too long. In order to give a finale filled with laughs and blood, the Johnstone begins to stay too long. A little trimming and a sharp focus in this part would have made this film more effective.
“Housebound” (106 minutes) will definitely entertain horror fans, who’d like to have a formulaic premise with funnier twists. A stronger balance between horror and humor would have made this an excellent film.

Housebound --IMDb
at October 30, 2014
Email ThisBlogThis!Share to TwitterShare to FacebookShare to Pinterest
Labels: Films from 'Down Under', Horror