Undertow -- A Dark Fable Set in the American Rural South 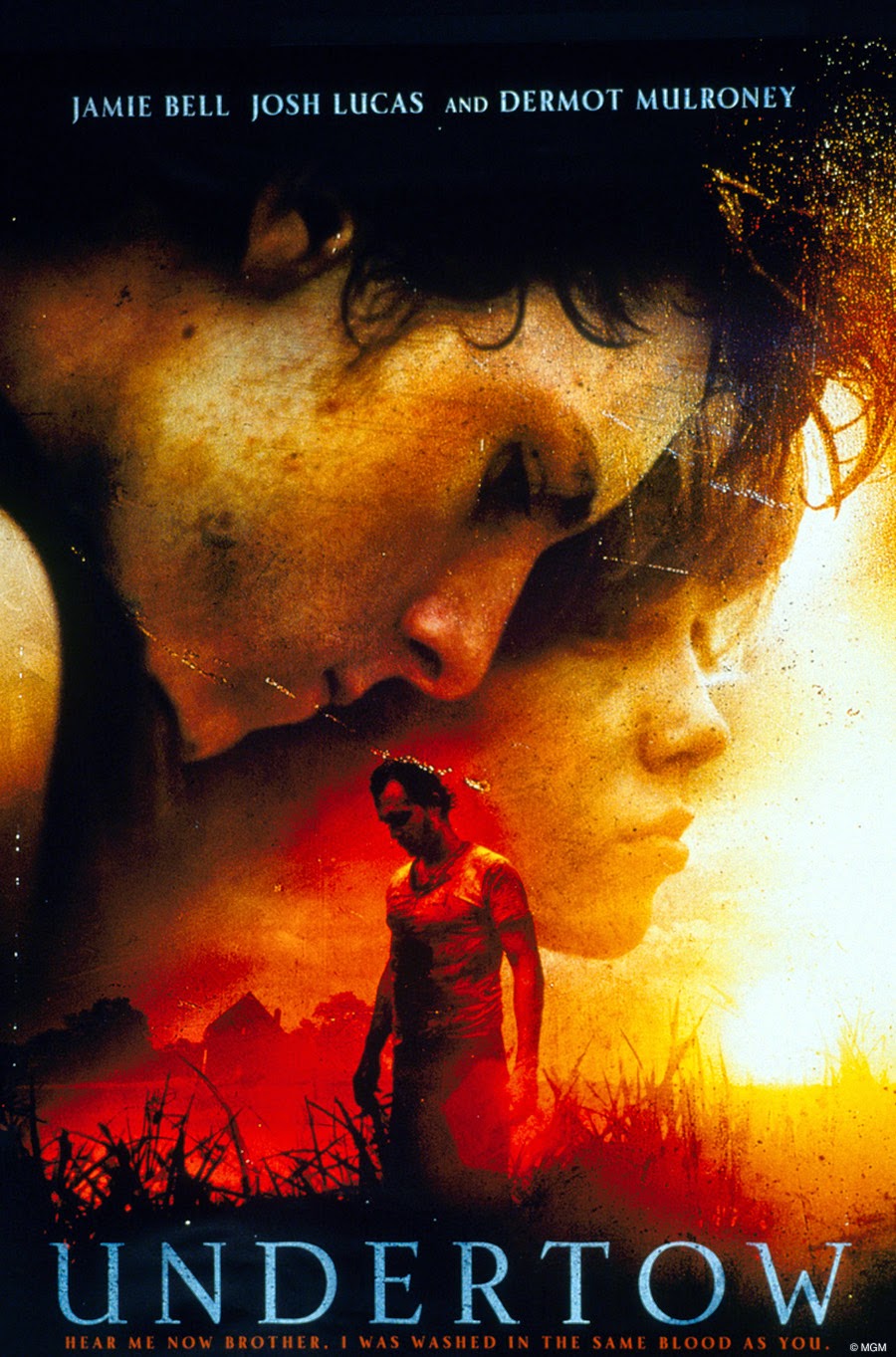 Film-maker David Gordon Green takes us to bewildering American landscapes that doesn’t exists within the confines of the great American dream. Harried men, dilapidated towns, broken-down machinery, and the economic destitution makes one wonder about the hardships endured in the deep American South. Green along with Jeff Nichols (“Shotgun Stories”, “Mud”) was one of the few American directors, who don’t reduce the characters to usual southern archetypes (as portrayed in mainstream Hollywood). Although these lands contain uncut lawns and industrial wastes, there is some beauty to it. And as Green allows his actors to improvise you could find an uncommon naturalism imbued with poetic undertones. Gordon Green has lost his ways when he becomes the ‘director-for-hire’ in movies like “Pineapple Express” or “Your Highness”, but he makes effective character studies when he evokes Southern countryside ("George Washington", "All the Real Girls", "Undertow", "Joe").

“Undertow” (2004) was Gordon Green third feature film and the story transpires in rural Georgia. The plot structure easily makes us to draw comparisons on Charles Laughton’s classic “Night of the Hunter” (1955). Chris (Jamie Bell) is a rebellious teenager, who always acts against his father’s wishes. He hates to work in his father’s (Dermot Mulroney) hot, dirty pig farm. Chris loves his younger brother Tim (Devon Alan), who plays in the mud and is often plagued by stomach-ache. Chris seems to have done everything to break from familial shackles. When the movie starts he is chased by his girl friend’s gun-toting father. He steps on a board and nail, and eventually ends up in the care of police.

John, father of Chris and Tim, is an introverted man, who has moved to the countryside after the death of his wife. John likes the isolation as much as Chris hates it. One day everything changes, when John’s younger brother, Deel (Josh Lucas) arrives to their house. Deel has been released on parole and seems to have some darker motivations. Initially, Deel fills the ‘favorite uncle’ role by taking Chris for a drive and by bonding with him. However, he bears a grudge against his brother for two vital reasons. When Deel’s nasty streak is eventually revealed, the two siblings run for their life through the dusty back roads and murky river banks. 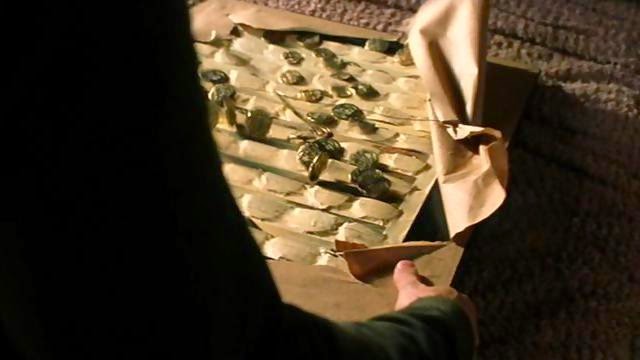 Although “Undertow” couldn't be deemed as a phenomenal flick like “Night of the Hunter”, it is shot with a similar exquisiteness. If Laughton’s film was diffused with unique expressionistic shots, Green’s movie is repleted with excellent lush cinematography. Cinematographer Tim Orr looks for little beauties within destitute, animosity-filled land. The panoramic tracking shots magnify the character’s distress and bring sympathy to the beat-down working class people.  At times, the film resembles Terrence Malick’s evocative shots, especially the shots of twinkling sunlight through giant trees (the film was co-produced by Malick). Green directs with his trademark transitional fades and his setting evokes the 70’s thrillers.

Green always attends to little character details and brings out intense performances even from unprofessional actors. “Undertow” has some sort of conventional storyline, unlike other Green’s movies. The director doesn’t conjure up enough sense of dread to categorize it into a ‘thriller’, because he is more interested in developing personalities than suspense; clear narrative paves way to atmosphere. And so in bringing up that palpable sense of enfolding surroundings, he clearly succeeds. Overblown talks about demons, hell, and luck would surely frustrate standard thriller-genre fans. But, it would be well-suited for those in pensive mood and those who care about the traditional three-act plot structure. 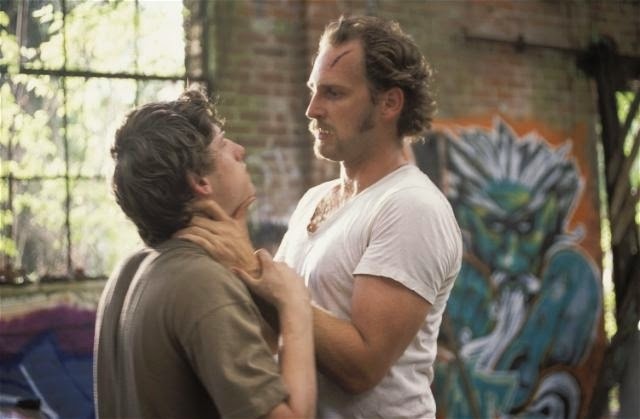 There are several wonderful little moments in the movie. One that immediately comes to mind is when the two siblings, on the run, wander through the junkyard and take time to model their secret hideout place after a space ship. They also plant silly warning materials around their habitat to warn them of Deel’s presence. Some of the plot’s clunky dialogues and faulty coincidences can be overlooked because of such perceptive moments. Jamie Bell perfectly dons the role of Southern reckless teenager (he is actually a British actor). Sad-faced Alan is nicely matched with Bell and they bring towering strength to the proceedings. Josh Lucas is terrifying without ever going over the top.

“Undertow” (108 minutes) conveys simple relationship between two siblings with authenticity, unique style and wisdom. Although it isn’t Director Gordon Green’s best (or for that matter, Green is yet to give us his ‘the best’), it poetically blends character study with formal thrills.