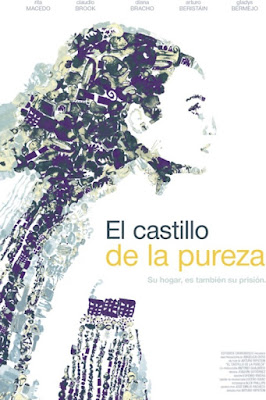 The maverick and seminal Mexican film-maker Arturo Ripstein, son of Mexico’s prominent film producer, was best known for his subversively complex imagery and for exploring daring, timeless themes. The Harvard Film Archive in introducing the cinema of Arturo Ripstein felicitates him as the ‘crucial link between Mexico’s studio era and the new generation of auteurs such as Carlos Reygadas, Guillermo del Toro, etc’. The best works of Mr. Ripstein possesses the power to strongly condemn unchecked masculinity, intolerance, and habitual prejudice. The Castle of Purity (‘El Castillo de la pureza’, 1973) was the director’s first major work (his third feature film), where he had perfectly realized his trademark atmosphere of confinement and the sense of deep melancholia. It’s often referred that Mr. Ripstein was mentored by the renowned Spanish auteur Luis Bunuel (Bunuel stayed in Mexico during his exile from Franco’s fascist rule). Although both the film-makers uncannily blended brutality and unyielding darkness with humanity and compassion, their artistic sensibilities were different. While ‘The Castle of Purity’ has the unsettling, understated surrealism of ‘Exterminating Angel’, Ripstein’s rigorous visual schema and brooding atmosphere has built upon its own profound legacy.

Arturo Ripstein’s 1975 movie ‘The Realm of Fortune’ marked the starting of his long-standing collaboration with the remarkably talented screenwriter Paz Alicia Garciadiego (Bleak Street – 2015 – was their latest work). But, the script for ‘The Castle of Purity’ was co-written by renowned Spanish novelist and poet Jose Emilio Pacheco (he worked with Ripstein in two other films). The title of the movie was taken from Mexican poet and Nobel laureate Octavio Paz's essay on Marchel Duchamp. The Castle of Purity served as the prototype for Greek film-maker Yorgos Lanthimos’ acclaimed drama Dogtooth (2009). It’s about an authoritarian patriarch, who insists to preserve his family’s purity by not allowing them outside their ramshackle mansion. Claudio Brook (The Exterminating Angel, Simon of the Desert) plays the father character named Gabriel Lima. The movie opens 18 years after Gabriel’s decision to isolate his wife and children from the world’s filthy morals. Gabriel’s wife Beatriz (Rita Macedo) haven’t ventured out and often stays in her room, putting on make-up to satisfy the whims of her husband, returning after a day’s work. 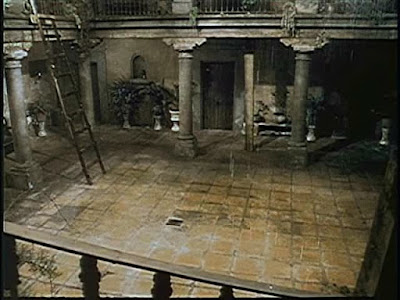 The three children (a boy and two girls) were ironically named as Porvenir (future), Utopia, and Voluntad (free will). They have never set a foot outside their well-spaced family domain. The three of them help their father in the manufacture of rat poison, which Gabriel sells to the local shops throughout the city. Apart from the routine work, the children receive dry education classes from Gabriel, who forces them to memorize the words of great philosophers without allowing them to experience the context of those words. Gradually the rigid rules and unflagging oppression of Gabriel is resisted by teenagers Porvenir and Utopia. Gabriel appeals for moral righteousness and rational behavior, while keeping his family in a constant state of terror. Beatriz remains stoic and submissive to her husband’s uncontrollable masculine authority. Although the family members slowly learn to hate their captor Gabriel’s notions, they also simultaneously sympathize with him, waiting to bask in the graceful side of patriarchy. When Gabriel’s carefully constructed world begins to unravel he resorts to violence to maintain his dominance, regardless of the changes in individual psyche. 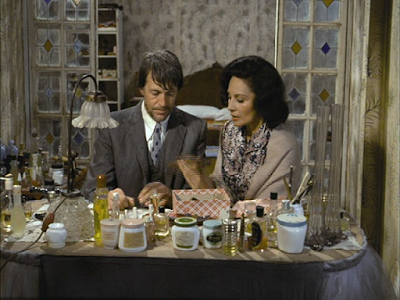 On first glance, The Castle of Purity looks like a very simple allegory about the different repressing institutions humankind created for themselves, the foremost being the family. Gabriel Lima’s strict belief system, his refusal to expose his family to world’s moral contamination, the name of his children, the family’s profession of exterminating rats, and finally Gabriel’s recurring comparisons of rat with humans seems a bit unsubtle. Nevertheless, the film’s profound layers could be discovered in director Ripstein’s formal restraint and impeccable visual schemes. The director brilliantly sets up the sense of confinement in the opening sequence (the film opens and ends with the shot of rusted tin cans), where the camera tracks around the open terrace of the crumbling mansion. The atmosphere, that’s totally contrary to what’s suggested by the title, is full of rat cages, peeling wallpapers, and walls soaked by relentless beating of the rain. In the next sequence of shots as we get acquainted with the family members and their little quirks, Ripstein ironically prods over Gabriel Lima’s twisted sense of moral and spiritual purity.

Ripstein gradually introduces Gabriel’s methods of purification. When Voluntad misbehaves, she is confined to prison cell in the basement (a cage within a cage) to give her some time for contemplating on the wrong deed. Then there’s strict following of vegetarianism and then, of course exercise and education schedules to keep the body and mind fit. The whole schedule is devoid of emotions and even the learning is based on thoughts that are totally alienated to them. When Utopia expresses her desire to see the ocean, she is immediately hushed up by her brother Porvenir. The notion of repressing simple human emotions in order to uphold ‘purity’ leads to unrestrained corruption. The fallacy of Gabriel’s universe lies in his inability to understand that his idealism has turned to a bitter form of control; and in his belief that human condition could be fully freed from moral depravity or the so-called ‘sin’. 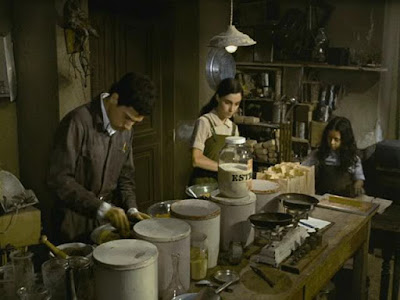 In the construction of this enclosed universe, Ripstein palpably creates a sense of entrapment for the viewers (the entrapment is what contaminates each of the family members’ psyches, including Gabriel). All the scenes set inside the house lacks free movement. From the steady pour of rain in the open terrace to the children’s everyday chores, Ripstein makes everything move in a rigid fashion. For example, take the scene when the Beatriz and her three children play in the wet courtyard. The made-up game is full of artificial, awkward movements, and the defeated players are asked to strike a rigid pose, called as ‘statue of death’ and ‘statue of happiness’ (there’s some resemblance between the movements of the children in Dogtooth and Castle of Purity, although both the director’s visual schemes are different) . Ripstein uses rain as the only element of purity. The repeated shot of Utopia and Voluntad enjoying the rain by standing in the spacious patio brings some relief from the stifling environment. Perhaps, the greatest strength of Ripstein’s imagery is his ability to juxtapose certain elements to create profound meaning. Gabriel spies on his sleeping children and wife through the little hole outside their respective rooms. These shots resemble that of the shots of rat cages. The most powerful juxtaposition happens when innocence and indifference are blended together. In one scene, Gabriel asks his youngest daughter Voluntad to test their product on a caged rat. The girl coolly feeds the cat, pulls over a black cloth to cover the cage, waits for few minutes, and finally moves the cloth to confirm the rat’s death. While the child’s posture exudes innocence, her detached action brings upon a unsettling feeling.

Arturo Ripstein is fully empathetic to women’s plight, who is victimized in myriad ways. Gabriel placing the blame entirely on Utopia for acting upon sexual desire reflects the unchallenged belief of patriarchal institutions (religious, political or educational). In what could be seen as smart development, Ripstein doesn’t use the rebellious attitude of eldest son Porevnir as the means to freedom. Rather than going for a cliched ending with a battle of male egos, Ripstein chooses over a much nuanced climax. The true rebellion comes from the women (Utopia throws out a letter and Beatriz wrestles off Gabriel’s weapon). But, despite Gabriel’s failed showdown with the cops, the ending shot questions whether the family would ever free themselves from confined atmosphere. The family head is taken away and the family walks over the street to unlock the door and enter. May be the father’s twisted sense of purity had failed to subjugate the family members, but can they really break away from daily habits that are carried out within a cage. Is it possible for them to live in the outside world or will the crumbling mansion now become a self-imposed cage? Ripstein leaves us with a profound, open question about confinement, familial or other.

The Castle of Purity (108 minutes) is a thought-provoking as well as a distressing portrayal of a volatile patriarch and the effect he brings upon the family placed under his care. Mexican auteur Arturo Ripstein’s singular vision makes this movie a must-watch for art-house movie lovers.