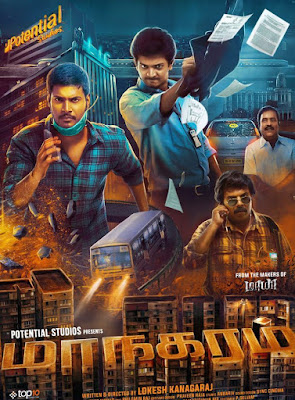 The idea of multiple narratives has been used even in the era of Victor Hugo and Charles Dickens. Considering cinema’s unique quality to manipulate space and time, fragmented or multiple narratives has been one of favorite storytelling mode for many influential film-makers. Such films didn’t have a fixed central character. It’s full of parallel, composite plots, connected by mildly or strongly related episodes. Although the origins of these interlinked, composite narrative cinema isn’t perfectly zeroed-in, journalist Alissa Quart coined a term for it: hyper-link cinema. She first used the word in her review of Don Roos’ Happy Endings (2005). The term ‘hyper-link cinema’, however, was popularized through Roger Ebert’s review of Syriana. Usually, in a hyper-link cinema, different characters are introduced as if they inhabit separate narratives, but gradually a chain of events will make their lives more connected with one another. While in the films of Robert Altman, the ‘connecting’ points are subtle and less controlled, the earlier works of director Alejandro Gonzalez Inarrittu presents multiple characters, whose predicament is based on one another’s actions.  The constant overlaps in these rigidly controlled cinemas perfectly indicate the complexities of our circumstances and endless conflict in emotions.

Lokesh Kanagaraj’s debut feature Maanagaram (Metropolitan, 2016) is a good, complex interplay of dramatic elements, in the vein of Inarrittu’s hyper-link cinema. The primary advantage of a hyper-link cinema is that it isn’t necessary to weave the traditional protagonist-antagonist characters. The characters could be drenched in shades of grey, whose good or evil choices could be suggested as a product of other’s actions or prevailing social atmosphere. Maanagaram revolves around four diverse characters: a youngster (Shri) from small town, seeking employment in a Chennai BPO since working in the city is considered to be prestigious; a carefree, tough guy (Sundeep Kishan) who woos a well-employed girl; a taxi-driver (Charlie) who has moved to Chennai for the sake of his son’s asthma treatment; and a wannabe criminal (Munishkanth) whose naivety brings loads of despair to a local criminal gang. It’s easy to understand the director’s choice to not name these common men, while naming every small, but vital supporting characters. Maanagaram may look like a metropolitan ‘city-bashing’ movie to overly insist on how things are so sunny in rural, hometown. But the sensible writing doesn’t turn the narrative into one-long condemnation of city life.

Maanagaram is largely a thriller that revolves around a kidnap. A smart, little boy is wrongly kidnapped by bunch of small-time criminals. Except for Munishkanth’s good-for-nothing wannabe gangster characters, the other kidnappers are capable of merciless behavior. They soon find out that the boy is son of city’s prominent bad guy PKP. Before the commencement of kidnapping drama, the three other central characters get interconnected in the tale through coincidences or by being at wrong place at the wrong time. While some may roll their eyes at the increasing number of coincidences in the plot, I was able to accept it, since the coincidences were engaging enough to propel the thriller framework. The single most commendable aspect of the film is its writing. The characters never confirm to a template and their decisions at key junctures keeps on surprising us. Not only the four central characters, even the smaller supporting characters’ are fully fleshed out. In a conventional sense, the smaller roles are just plot devices. But the perfect casting and wonderful writing turns such characters into more than plot devices. I felt the only character that’s merely used as a device is Regina’s ‘beautiful lover’ character; it may be because the romance looks perfunctory with a gaze that’s only focused on her external’ beauty’.

Lokesh maintains the menacing atmosphere till the end, although he undercuts the tension here and there with splendid darkly comic moments. The threat of sudden violence is diffused throughout the proceedings. The climax stand-off scene was masterfully staged as it evokes nervous laughter without undermining the tension of the situation. Unlike the wave of contemporary darkly comic Tamil thrillers, Maanagaram possesses an ideal at its center (aka social message). We may question the neatly packaged nature of this particular ideal. But director Lokesh, apart from using the interlinked narrative for thriller structure, also uses it for gracefully spreading his message. Each character’s helpless state and state of relief is neatly laid out in the parallel threads (for example, when it’s emphasized how the nameless characters involuntarily help each other in the end). While the complex interlinks finally brings a resolution to thrilling set-up, it also doubles up to stress on how ‘no one is an island’ or how ‘our simple humane actions can cause ripple effects in the generally indifferent social milieu’. The cast selection and performances is another great strength for the movie. Sri (Onaayum Aattuluttiyum & Vazhakku En 18/9) once again plays angst-ridden youngster to perfection. From Charlie to Madhusudhan Rao everyone offers a solid performance. Nevertheless, the scene-stealer is Munishkanth with a fantastic comic timing.

Maanagaram (137 minutes) is yet another remarkable meaningful entertainer from Tamil cinema. Although one may find flaws with its simple, idealistic message, the narrative doesn’t boast a dull moment.