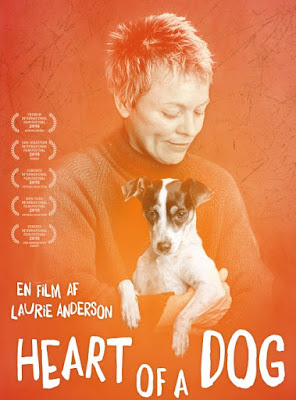 The great documentary film-maker Chris Marker used visual medium to study the concept of memory under a new light. His video essay/poem combined unique audio-visual design and insightful voice-over to hypnotize us and to keep in a dream state. Veteran Multimedia artist/composer Laurie Anderson continues this experimental tradition through her poignant documentary Heart of a Dog (2015), which profoundly explores the themes of love, loss and death. In Heart of a Dog, Laurie Anderson staggeringly analyzes the emotions of her self. She ponders over an instant emotion or unexpected personal events to only find it strangely reverberate in the historical, political actions around the world. The ability to find profound insights from life’s simple events was simply mesmerizing to experience.

Although Anderson’s soothing voice provides us with some clarity, the documentary’s audio-visual presentation (mixed with old 8-mm footage, original footage, artworks, etc) looks like the vision of a person’s distorted memory. So, as in real life, the recollection of a memory doesn’t have a linear logic. What Anderson tries is to take each of these snapshots of memory and provide her own philosophical critique to comprehend those memories in a better way. The primary subject of the documentary, as the title suggests, is a dog – a rat terrier named Lolabelle. Lolabelle is a talented canine, which was an embodiment of love and empathy in Anderson’s life. Sometimes the dog even seems to be Anderson’s alter ego. The dog was immensely loved and we see Anderson’s efforts to keep the dog lively, despite its gradual vision loss. She conducts concert for the dog and allows it to do some painting with the finger claws. It is so touching to witness Anderson’s grief as the dog has eventually passed away. 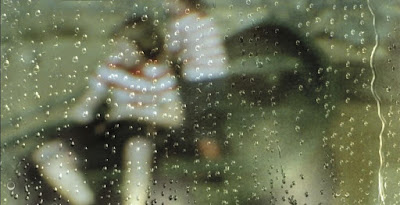 On one hand, Heart of a Dog is a celebration of the Lolabelle’s companionship and an effort by Laurie to overcome the grief. While on the other hand, she employs dream logic to fascinatingly interpret the things that happened/happening to her with the big societal or political changes. In an earlier passage Laurie Anderson recounts walking in the California mountains with Lolabelle, after the 9/11 tragedy. The dog has kept its head down leading the way. A hawk out of nowhere swooped down to catch Lolabelle. But it swoops away thinking the dog is too big to carry. Anderson recounts the dog’s look which she says is a realization of the prey status. She finds the connection between Lolabelle’s look with the expression on American faces after 9/11 (“I saw the look on Lolabelle’s face and I saw the realization she was prey and these birds had come to kill her and they could come through the air. And then I realized it was the same look of my neighbors in New York. When they realized they could. Come through the air………”). It’s a well articulated account, although for some it may seem like a ludicrously illogical mode of thinking. But, logic isn’t the word we often use when we ponder over memory or some past actions. The intent here is to understand the existential state without applying a false sense of coherence.

The aforementioned intention becomes clear in yet another personal story Laurie Anderson tells towards the end. Anderson recounts her distressing stay in a hospital’s burn center for children when she was 12 years old. For years, she has told about this harrowing episode to others. But she is suddenly bestowed with a moment of epiphany. What Anderson failed to recount is the illness that surrounded her hospital bed; the crying and screaming of children; the beds that became empty overnight. The grim things enshrouded her are filtered out in the story, which is only about herself (“creepiest thing about stories is that you get your story, and you hold onto it, and every time you tell it, you forget it”). Anderson ruminates on how we tell the stories of our lives to not only sustain our personal experiences, but also to shield us from grim things. By applying a coherent logic to tell our story, we design our own rigid version of a reality in order to soothe our self. As Anderson says, ‘this is a story about a story’. And so, the ultimate aim is to deviate from the basic human need to narrate everything as a logical story. 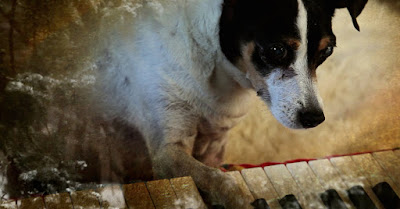 The more abstract visual passages involve the drama surrounding Laurie Anderson’s childhood (her relationship with the mother) and in the ideas of Buddhism. There are also perfect references to philosophers Wittgenstein, Kierkegaard, and Schopenhauer and random detours into America’s conception of surveillance state. Perhaps, the most memorable passages are the ones where Anderson shows her unbridled love for Lolabelle. Right from the weird dream of giving birth to the dog to Anderson vividly drawing Lolabelle’s 49 day post-death journey (according to what described in the Tibetan Book of Death), the documentary works as intimate exploration of love and death (and the unbreakable connection between it). As far as contemplative visual pieces go, Heart of Dog (75 minutes) is the most delightful and hypnotic study of life in the face of death.