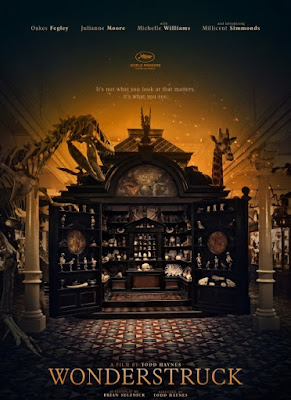 Acclaimed American film-maker Todd Haynes’ works mostly focuses on interpersonal dynamics and interior lives of his characters. Instead of portraying sweeping sociological narratives, he chooses to ponder upon individual’s alienation and aloneness in the society through foggy, melancholic color palettes and intimate interpersonal exchanges. I like the poetic stillness he perpetuates throughout his aesthetics, as the narrative fragments gradually burrows itself into story minutiae. On first look, Haynes’ recent film Wonderstruck (2017) seems like a huge departure from his themes. Wonderstruck is based on an illustrated YA novel by Brian Selznick (writer of The Invention of Hugo Cabret, which was adapted by Martin Scorsese). It’s an unruffled chronicle of wonders of childhood and similar to Hugo, Wonderstruck celebrates the silent cinema-era with a tinge of nostalgia. From his heavily controversial and bizarre debut feature, Poison (1991) to the deeply affecting tale of sexuality and friendship, Carol (2015), Haynes’ vision was predominantly occupied with adult themes. While Wonderstruck couldn’t be categorized as a movie for the over-18 crowd, it still retains Haynes’ almost-obsessive quality of capturing period and historical details, and furthermore relies more on atmosphere and mood than particulars of the plot.

In fact, there’s not much to Wonderstruck in the form of plot. When the plot details reach a full circle, it seems dull and frustrating when compared with the transcendent, sublime quality of the visuals. Similar to Todd Haynes' magnificent last feature (Carol), this film is also a period tale set in New York who takes impressive effort to recreate smallest of the atmospheric details. The narrative revolves around a pre-teen girl from the 1920s and a pre-teen boy in the 1970s. In 1977, 12 year old Minnesota boy Ben (Pete’s Dragon fame Oakes Fegley) faces two huge losses back to back: his librarian single mother (Michelle Williams) has died in an accident; Ben loses his hearing to a strange lightning strike accident.  Among his mother’s things, Ben discovers an old book called “Wonderstruck,” about the American Museum of Natural History, situated on Central Park West, New York. Inside the book, there’s bookmark with the address of a bookshop. Ben hops into a bus to go to New York and hopes that the address belongs to his absentee father. 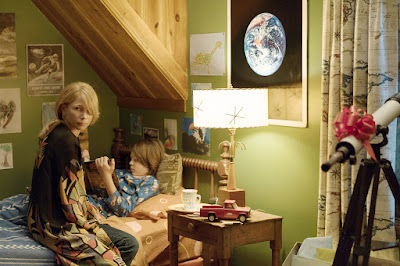 In 1927, rich yet lonely 12-year-old Rose (Millicent Simmonds) lives with her strict father (James Urbaniak) in Hoboken, New Jersey. She’s also deaf-mute, a detail that further advances her isolation. She finds solace in visiting the local theater and watch films of her favorite actress, Lillian Mayhew (Julianne Moore). The name of the actress and the title of the movie (Daughter of The Storm) Rose watches is a nod to director D.W. Griffith (he made 'Orphans of the Storm' in 1921). Moreover, Moore's Mayhew pays rapturous homage to Lilian Gish, the great silent movie star. This part set in 1927 is silent or dialogue-free. The characters' monochromatic world and their fiercely expressed emotions are accompanied by a orchestral score. Rose’s only solace seems to come to its end, as the onset of talkie-cinema spreads throughout the town. She immediately decides to take the Hudson River ferry and head to New York to search for the star actress. Circumstances however, make Ben and Rose to pass through American Museum of Natural History. Gradually, through the discoveries within museum’s cabinet of marvels and dioramas, the different era kids’ profound, unbreakable connection is revealed. 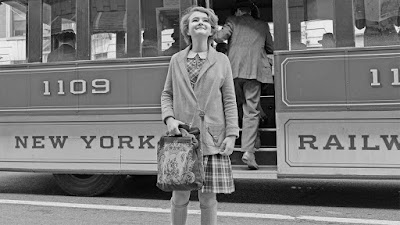 Wonderstruck is one of Haynes’ predominantly music-driven work with Deodato’s Jazz version of ‘Also Sprach Zarathustra’, David Bowie’s ‘Space Oddity’ and also Carter Burwell’s swelling orchestral soundtrack. Music elevates sensory nature of the proceedings, since when combined with rich visuals, the musical tracks provides a way of knowing the characters’ innermost feelings. And, most of the mood shifts in the film resembles that of classical music pieces with different tempos and unanticipated operatic intensity. Despite Haynes’ marvelous showcase of his storytelling powers, Wonderstruck falls short because of its leaden plot that’s nowhere as fascinating or emotionally resonant as Haynes’ commitment to lyrical aesthetics. Similar to Martin Scorsese’s virtuosic film-making style in Hugo, director Haynes perfectly channels his film-geek jubilation and penchant for historical details in a succinct and glorious manner. Yet, Wonderstruck’s narrative crux feels a bit sluggish and its conflicts remain blatantly contrived. For best and worst, the utterly simplistic family conflict at the centre looks like an ancient museum piece. It could be admired for possessing certain singular qualities, yet the narrative keeps us at an observational distance. While, the movie’s technical qualities extract amazement from us, its emotional dimension never goes beyond the well-adorned surface. Of the two historical periods, I liked the 1927 one a lot and newcomer Millicent Simmonds’ low-key performance is much memorable and affecting.

Wonderstruck (115 minutes) tells the tale of two isolated children trying to find a family and fresh ways to communicate with the world. It is at once whimsical and frustrating with unbelievably pretty compositions and a less engaging plot-line.