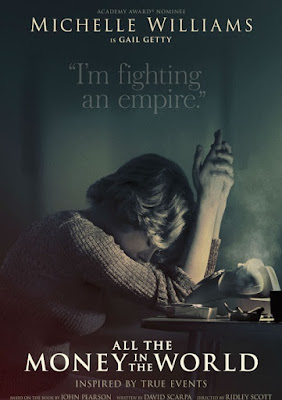 When talking about the legacy of constantly busy film-maker Ridley Scott we can’t easily dismiss the haphazard movies he had been making throughout his career. From Black Rain, G.I. Jane to Robin Hood, and Exodus, Mr. Scott has made numerous visually resplendent yet hollow spectacles that have certainly faded into obscurity. Then there’s middle tier of Ridley Scott cinema, which doesn’t possess the outstanding virtues of The Duellists, Alien, Blade Runner, Gladiator, but it neither ends up being a disaster. Movies like Thelma & Louise, Kingdom of Heaven, American Gangster, and The Counselor fit into this middle category, which has enough qualities to not just end up as a mere footnote in Ridley Scott’s relatively long career. All the Money in the World (2017) is the new addition to this class of Scott’s works. It’s a ripped-from-the-news thriller, although the movie’s name was omnipresent in the headlines, few months back, due to off-the-screen developments. News articles ratcheted up the tension on how Kevin Spacey’s replacement (the actor became box-office poison overnight due to various accusations of sexual harassment and sexual assault), the 88 year old Christopher Plummer, is going to essay the role and how the director is going to re-shot the sequences to release it within the late December release date. Nevertheless, the good news is that All Money in the World ends up being a fairly entertaining dramatic thriller which does makes us forget the off-screen hoopla.

Ridley Scott’s assured directorial capabilities are plainly visible in the opening sequence. A wonderful tracking shot through the busy, festive streets of Rome as the 16 year old John Paul Getty III (Charlie Plummer) joyously takes in the scenery of urban nightlife. The year is 1973 and Paul Getty happens to be one of the heirs to the richest man in the planet, the oil baron J. Paul Getty (Christopher Plummer). Few minutes later, Paul is kidnapped from the Italian streets and taken to Calabrian countryside. The kidnappers expect $17 million ransom from Paul’s wealthy industrialist grandfather. Confronted by reporters, shadowing his vast mansion, Getty takes a hard-line policy and flatly denies the kidnapper’s demands (“I have 14 grandchildren, and if I pay a penny of ransom, I’ll have 14 kidnapped grandchildren”). This callous thinking of Getty is what fuels the quasi-thriller narrative. The megalomaniac billionaire’s miserly nature tears up Paul’s mother Abigail Harris (Michelle Williams). 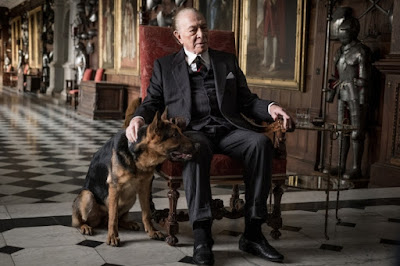 A brief flashback reveals that Abigail has had personal clashes with her father-in law. Getty hates Abigail for gaining sole custody of her three children, after her divorce with Getty’s hibernating, drug-addicted son. Getty, however, assigns his fixer Fletcher Chase (Mark Wahlberg) to get back Paul ‘cheaply and quickly’. Chase, a former CIA security advisor join forces with Abigail and local police force to lower the ransom price, which becomes a very slow process that continues for months on end. Meanwhile, the original countryside kidnappers sell young Paul to a much powerful gang. To show that they mean business, the gang cuts Paul’s ear and sends it to a newspaper office.  Amidst all these grim happenings, Mr. Getty is seen acquiring rare artistic paintings for millions of dollars. Like the rich, grumpy old man whose dying words were ‘Rosebud’, Plummer’s Getty is the perfect embodiment of capitalistic greed. At few occasions, Getty seems more thick-skinned than the intimidating kidnappers. 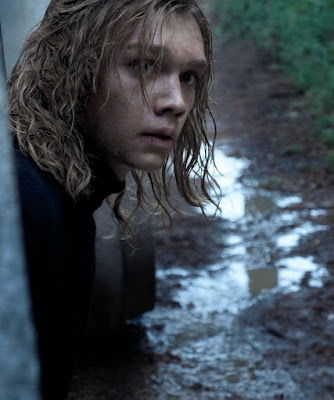 Christopher Plummer is so good in the role, playing it with subtle touch and absence of theatrics. A middle-aged actor wearing heavy prosthetic to play the octogenarian character would have been only a distraction (a mistake Scott previously did with Guy Pearce in Prometheus) and would have rendered the role cartoonish. In this vein, the recasting coup has actually strengthened the narrative. Michelle Williams is equally excellent as the distressed, bewildered mother. She impeccably carries the film’s emotional core and even when David Scarpa’s script (based on John Pearson's book) moves from one event to another in a dull manner, Williams remains as a constantly watchable presence. Ridley Scott and his cinematographer Dariusz Wolski’s craftsmanship would surely make the viewers revel in the grandeur of Gettys’ universe. Although advertised as a thriller, the family drama elements are much emotionally resonant than the functional thriller parts. The whole hostage-recovery process isn’t as interesting as Getty’s detestable actions. Still, at 132 minutes ‘All the Money in the World’ is a fairly compelling study of the attitudes and pretensions of an isolated, self-indulgent man, ensconced in the splendor of his moneyed world.

All the Money in the World -- IMDb