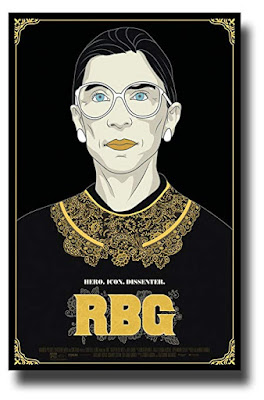 Ruth Bader Ginsburg is a soft-spoken yet steely octogenarian Associate Justice of the US Supreme Court. Her dissenting opinions at the Supreme Court, unmatched work ethic, and life-long fight for gender equality in the courtroom has not only made her a formidable force in the judicial circuit, but also bestowed upon her the pop-culture icon status. Millennial youths and legion of liberals have turned her into a rock-star, a meme, a T-shirt, and an affectionate signifier – Notorious R.B.G.  Julie Cohen and Betsy West’s documentary RBG (2018) tries to track down Ruth Bader Ginsburg’s life in a linear fashion, starting from her childhood, girlhood to the current position as America’s liberal legal icon. Obviously, Julie and Betsy’s RBG is a hagiography, whose traditional (superficial) approach mainly feeds off the mythology created around the judge by the meme-addicted culture. Thankfully, Julie and Betsy have brought in Ruth Ginsburg herself to flesh out her own tale, which doesn’t make the hagiographic overreach so nauseating.

For a large part RBG, the woman of short stature and quiet speech, effectively showcases her powerful legal mind without resorting to irritating gregariousness. The film-makers show the kind of urgency to turn Ruth’s life into a woman empowerment story. The approach is akin to the mentality of desperate people in internet attempting to create a cult of personality, and in turn forgetting or not caring about the inherent groundbreaking qualities of the person. Nevertheless, the film-makers’ patience in engaging good amounts of sit-down time with the lady herself remains the documentary’s truly upbeat aspect. Julie and Betsy may not have offered profound insights into the Supreme Court Justice’s legal mind, although when Ruth Ginsburg graces the screen (as we listen to her velvety voice) we could perceive her power and persistence. 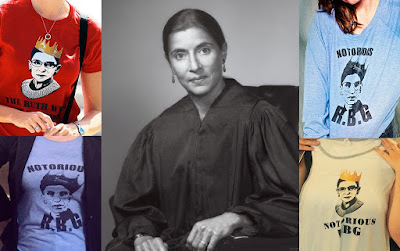 RBG opens in a brash manner with a montage of US government Washington monuments, while in the background the extreme remarks on the Supreme Court Judge is played out (including a remark from Donald Trump). Then, RBG appears on-screen and quotes the words of Sarah Grimke (written in 1838), a noted abolitionist and member of the women's suffrage movement: “I ask no favor for my sex. All I ask of our brethren is that they take their feet off our necks.” The words naturally strike a chord for many even in the modern world. The film-makers has done archival sifting and conducted interviews with the judge's family, associates, and friends. They quickly assemble a portrait of a shy, studious Brooklynite, born to Jewish immigrants. Ruth Ginsburg reveals she has adhered to her mom’s advice (who died of cancer when her daughter was 17): “Be a lady and be independent”. Ruth makes a fine definition of the word ‘lady’: a person making her points with politeness. The second part of advice (‘be independent’) is evident in the way she has shaped her legal career by often taking cases that bolster her argument for gender equality.

There was also considerable focus on the unusually smooth marriage between Ruth and Marty Ginsburg, a highly skilled tax attorney who felt comfortable playing second fiddle to his super-star wife. The talking-heads include RBG’s son and daughter, who explain the struggles and joys of growing up with such a unique mother. Interviews with recent Harvard law graduate granddaughter Clare Spera gives some insight into RBG’s workaholic behavior (working until at least 3 am and yet arriving to the court by 9 am), love for opera, etc. As much as detailing the warm relationship RBG had with Marty, Julie and Betsy doesn’t present a clear-sighted analysis of the hard-working lawyer’s victory on the courts. Except for spelling out the strategy Ruth Ginsburg formulated in the 1970s to expand constitutional protections against gender discrimination case by case (which included even taking a case of gender discrimination against a male), the treatment of Ginsburg’s legal victories are reduced to rhetorics. Of course, it’s not possible to ponder over the complex legal issues involved in the cases, but the direction seems prosaic and hollow. 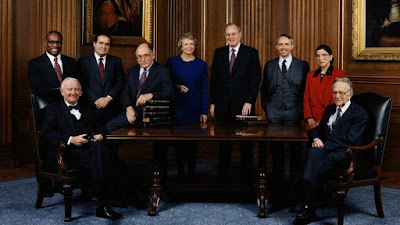 Ruth Ginsburg was named to the Supreme Court in 1993 by President Clinton (confirmed by a vote of 96 to 3 and became the 2nd female justice of the US Supreme Court) who himself makes an appearance in the documentary and comments on the less partisan period in American politics. Among the glorified aspect of RBG is her true friendship with the late conservative Justice Antonin Scalia. On commenting about this, feminist activist Brenda Feigen says that RBG possesses this amazing quality to ‘compartmentalize’ and she goes on to quip, “I don’t have close friends who are right-wing nutcases”. And in these times of great ideological divide and partisanship, RBG’s acquaintance with firebrand conservatives seems a wonderful achievement. At the same time, the documentary also notes how her stance on Supreme Court has gradually shifted from center left to far left as the rest of the bench has teetered towards far-right. Hence there was the slew of admirable dissenting opinions from Ruth Ginsburg in recent landmark cases like Burwell v. Hobby Lobby Stores, Inc., Shelby Counter v. Holder, and Citizens United v. Federal Election Commission.

What’s maddening about the documentary, as I already mentioned, is the film-makers’ extraneous efforts to elevate their subject to a super-hero, when Ruth Ginsburg’s personality and legal work as a judge and advocate itself speaks volumes about her fight for gender equality. The heavy-handed attempts to make her a uni-dimensional ‘badass revolutionary’ or ‘Adorable Dissenter’ (to probably sell more merchandise) didn’t work for me (already an ‘inspirational’ movie is in making with Felicity Jones playing RBG). Nevertheless, Julie Cohen and Betsy West’s RBG (97 minutes) is a good starting point to comprehend the tremendous legacy of Ruth Bader Ginsburg.

at October 04, 2018
Email ThisBlogThis!Share to TwitterShare to FacebookShare to Pinterest
Labels: 2018 Movies, documentary