Unbelievable [2019] – A Devastating and Powerful Tale about Sexual Assault


The first episode of Netflix’s 8-part miniseries Unbelievable (2019) – created by screenwriter Susannah Grant & novelists Michael Chabon and Ayelet Waldman -- is profoundly disturbing. It confirms all of our worst fears about institutional incompetence and societal indifference. Unbelievable is based on a 2015 Pulitzer Prize winning article ("An Unbelievable Story of Rape"), which was the joint project of T. Christian Miller and Ken Armstrong, respectively working for the non-profit news organizations, ProPublica and The Marshall Report. The article details the investigation on string of multiple sexual assaults while also focusing on a sexual assault victim’s nightmarish encounter with the very imperfect criminal justice system. Like every other perplexing true-crime case presented in the streaming platform, Unbelievable is meticulous, excruciating, and enraging with some dramatizations. 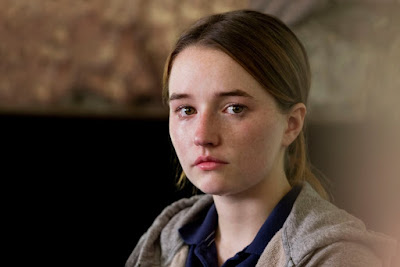 As I mentioned before, the 1st episode firmly establishes all the unsettling aspects of the story, although the director Lisa Cholodenko’s admirable display of restraint visualizes the trauma of sexual assault victims with minimal details. The episode opens the morning after Marie Adler (Kaitlyn Dever) from Lynnwood, Washington was raped in 2008. The visibly traumatized 18-year-old, huddled under a comforter, notices her former foster mother Judith’s (Elizabeth Marvel) attempts to soothe her. When Marie is questioned by a detective, the trauma of previous night keeps hitting her in bits and pieces. Around 4 a.m., Marie wakes up to see a tall man in a grey sweater and mask standing next to her bed, threatening her with a knife. He ties her up with her own shoe laces. After raping her for hours, he takes pictures with a camera and says that if she reports the incident to police he’d release the photo online.

Marie decides to report the attack anyway. And more violations await her. Marie grew up in foster care and she’s familiar of abuse from childhood. She’s made to re-live the worst experience of her life through the rigorous questioning that forces her to reiterate the story of her assault again and again. But when Marie’s former foster mother raises doubts on Marie’s ‘reaction’ to the rape and attention-seeking behavior, the lead detective (Eric Lange) and everyone who’s supposed to help her get through the trauma exacerbate the situation. The two male detectives finding inconsistencies in Marie’s account hound her to recant everything. She also retracts her retraction, but the detectives intimidate Marie with false report charges. Eventually, Marie is charged with filing a false report. 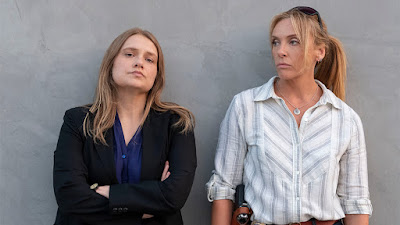 While Marie Adler’s story shows how few human elements and institutional apathy can make a mess out of things, there’s other side to Unbelievable; the rare story of dogged individuals who try to impose justice on a world full of shortcomings and disappointment. The series is split into two time-lines, one showcasing the fallout of botched up investigation in Marie’s case, and the other immerses us into the compelling investigation of two detectives pursuing a serial rapist. In 2011, Colorado Detective Karen Duvall (Merritt Wever) investigates the rape of a student named Amber (Danielle MacDonald). Karen questions the woman without forgetting to pay close attention to the woman’s emotional state. She’s professional, sensitive, and thoroughly invests herself into the case.

A random conversation with her detective husband offers Karen information about an eerily similar, unresolved rape case. Karen contacts Grace Rasmussen (Toni Collette), a smart and cynical detective in charge of a rape case involving a middle-aged woman. The similarities in their case (a man in a mask carrying a back pack and leaving a spotless crime scene) make the detectives to dig for more such cases.  And unsurprisingly, they stumble upon few other unresolved rape cases in different districts of Colorado. Since Karen and Grace connected their case through pure luck (police departments even within a district rarely communicate), they feel the suspect might be from a military background and possibly working in law enforcement (the meticulously cleaned crime scenes also makes them pursue this angle). Furthermore, the partnership between the two temperamentally different female detectives proves to the most valuable aspect of the investigation.

Unbelievable draws a lot from the contrast between two timelines and eventually shows how in a world that’s decidedly unfair and where people do all sorts of awful things to each other, a great difference can really be made through compassion and competence. The robust current of hope running throughout Karen and Grace’s story-line displaces some of the bitter aftertaste left by Marie’s damaged existence. Both the creators and directors do a good job in maintaining the tension and suspense necessary for a procedural. Most importantly, the creative team avoids depicting sexual assault in an exploitative manner. They rather opt to deftly explore the aftermath of the traumatic event. 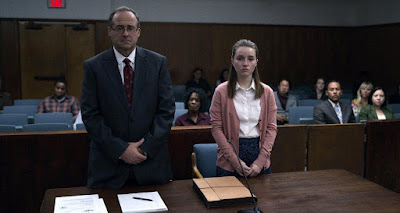 Apart from gradually building the profile of the serial rapist, the writers have done a fine job in establishing the tenacious heroic pair at the center, who show up to the male-dominated law enforcement system about the sensitive and fair ways the crimes of sexual nature involving female victims could be handled. The brilliant on-screen chemistry between Wever and Colette also adds to the entrancing qualities of the characters. The writing is particularly excellent when Detective Parker understands the ways he ill-treated the insecure girl. He isn’t made out to be a villain. He is simply part of an imperfect system impacted by a hardwired belief (of looking at those reporting sexual assault with mild skepticism). And there’s glimmer of hope in the manner he acknowledges his mistake and might ‘do better’ the next time.

Like the real investigation and the source material that inspired the series, Unbelievable is thought-provoking and infuriating. Yet some of the narrative elements are overly dramatized and the dialogues at times come across a touch contrived. Moreover, the attempt for a cathartic ending feels a bit formulaic. Nevertheless, it is genuinely affecting to see a sexual assault survivor receiving justice despite all the burdens the judicial system and society places upon her. Overall, Unbelievable is a gripping and unnerving true-crime mini-series, blessed with humane storytelling and incredible performances.