Amores Perros - Stuns Our Senses And Dazzles With Narrative 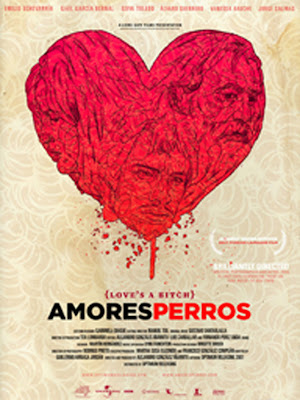 Amores Perros takes us to Mexico, where people mingle with dogs, where pollution, heat, violence mingle with heartbreak. This Mexican film released in 2000 depicts the toxicity of human betrayal. It deals with men and women who live in the seedy side of life. Amores Perros also signaled the stunning debut of director Alejandro Gonzalez Inarritu, who gave us an audacious, sprawling narrative that grounded in his indigenous culture.

This isn't a pretty movie. It is a rat's-eye view of a city undergoing economic upheaval. However, in the two and a half hours, 'Amores Perros' finds the human beauty that spills out of the knife wounds. 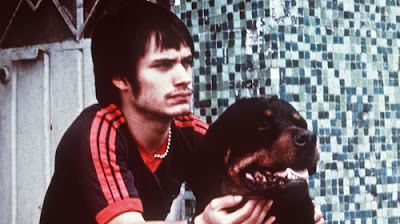 A car accident brings three people together. So, the film is divided into three acts. First set centers on a black dog Cofi, that lives with a dysfunctional family that includes the teenager Octavio (Gael Garcia Bernal); his brother Ramiro (Marco Perez), an abusive hoodlum whose business is robbery, and Ramiro's long-suffering and pregnant wife, Susana (Vanessa Bauche). Octavia is in love with Susana, and she seems to encourage him, but he needs money to get away, so he starts dealing with a guy who runs a brutal dog-fight business. 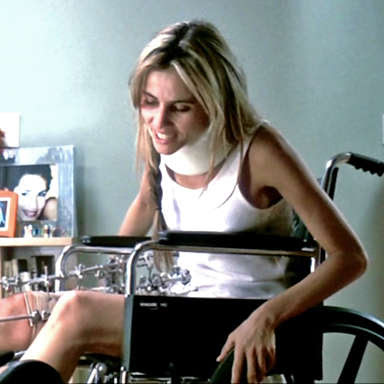 The second plot focuses on Daniel and Valerira. Valeria (Goya Toledo) is a world-class model, who has her face and body over billboards throughout Mexico city. Daniel (Alvaro Guerrero) is a magazine publisher, who has divorced his wife and left his two children to be with her. Valeria is badly injured in a car accident and Daniel must cope with living with a mentally and physically crippled woman whose modeling career is at an end. Adding to their misery is the disappearance of Valeria's beloved pooch, Teddie. 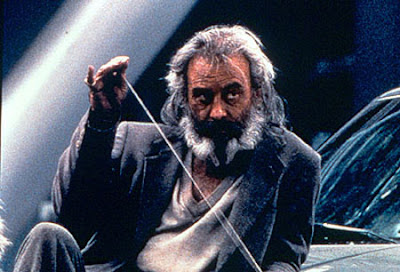 Last part of the plot  revolves around El Chivo (Emilio Echevarría), a one-time revolutionary who now lives in a shack with a pack of dogs he's rescued from the street. At times, he works as a hit-man and pines for the daughter he left behind when she was two years old. El Chivo rescues Octavio's dog from the car accident and adopts him, much to his dismay, given the animal's bloodthirsty behavior.


Analysis
The dogs in Amores Perros is as important as the human characters. Octavio makes his fortune by dog fights. Valerie loves her pooch like a child (and, one might argue, more than Daniel). And Chivo treats his dogs with greater respect than he grants to any human. It is a sad social commentary about a culture where individuals care more about dogs than other human beings. Director Innaritu establishes his acute visual eye, proves he can lay surrealistic images over realistic scenes with the best film technicians, and can allow passions to burst from the screen. It's a rare quality that a director can make a debut with this much verve and emotional understanding. 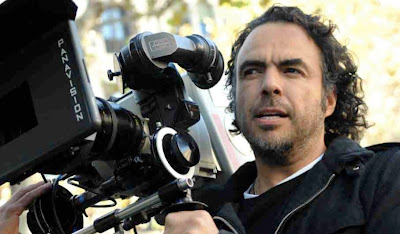 Gonzalez Inarritu and his lovely cast brings so many different levels of feeling to the picture that the epic length goes by quickly. Emilio Echevarria, with his blazing eyes is magnetic as Chivo. He has the eyes of a killer, at the same time it speaks about a loss as they gaze in the direction of his daughter. Gael Garcia Bernal brings a youthful energy to the part of Octavio, Goya Toledo is suitably spoiled and fragile as the model who is used to having the world bow down in front of her. There isn't a weak performance in this movie from any of the characters, and even the trained dogs to good jobs.

The omnipresence of pet dogs (and as a metaphor for the devaluation of human life) is a element that ties the episodes together in this cunning cinematic saga. (Even the title translates losely as "Love's a Bitch.") The movie's often repeated themes are dog fights, orchestrated ones, but it looks astonishingly real and dog lovers may be entirely put off by the fights. 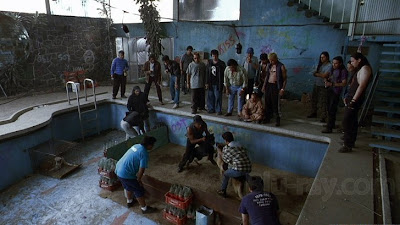 In Amores Perros, all the characters live their lives intensely, hoping to win against all odds, but as one of them observes poignantly, “If you want to make God laugh, tell him your plans." So, it suggests that those who live by violence, adultery and vanity will be judged for their sins and will be undone themselves by the same vices. Despite the fact that there's no one really in this film, we root for, or like, or sympathize with, the theme and the intricacies of the narrative are strong enough to ensure that we will not lose the interest.

Amores Perros serves as the useful reminder of the potential power of moving images when used in an unconventional way.

I think most of the country's movie viewing population , want better cinema, than our dear public, who want to only see physical aspects of the actors!

Thanks for bringing good movies to reader's notice.

A brilliant movie and an equally good review. A very unique film I should say. Watched it few years back and now will watch again :)

Amores perros is a good movie.. but i find it not so good as 21 grams or babel, from the same Innaritu... good write up.. do write for other 2 of his films too if you haven't done already..

Sounds like a great movie. The characters are really interesting. Thanks for the tip-off.

Very nicely written. You analyse the films well. Keep on writing. In one place there is a small type. It should be dog instead of dig.

@Pattu Raj, Thanks for the comment. U are right, our country deserves good cinema, about its people rather than movies resembling to Hollywood.

@Shareef, Thanks for the comment. I liked Amores Perros of all Innaritu's movies. May be because it was his feature debut. Will surely try to come up with a post on the other two movies in the future.

@Shovonc, It really is a great movie, and give your opinion once you have watched the movie.

@Indiawilds, Thanks for the comment, and also thanks for pointing out the mistake.