Blood Diamond - An Intense, Powerful Movie About A Shocking Reality 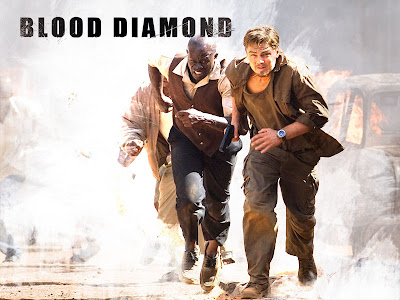 Have you ever been morally caught up with movies? If yes, then 'Blood Diamond' is for you. The travelogue thriller is set in Sierra Leone in 1999. This movie will burn in your consciousness long after the edifying moments have faded.

In most of the African countries, embroiled in civil war, it's hard to determine which side is worse: the government or the rebels. As is often the case in this sort of civil war and bloodbaths, it is the innocent villagers and farmers caught between the two. The phrase T.I.A. was used in 'Blood Diamond.' It stands for 'This is Africa,' and it conveys a fatalism. Fatalism is some kind of philosophical thought or theory, which holds that all events are predetermined in advance and human beings are powerless to change them. The civil wars in Africa depicts this strange brand of fatalism. This phrase binds the rugged-beauty of a continent with the chaos that tears it to pieces.

Before getting into the plot of the movie, let's see some shocking facts behind this story. In Sierra Leone, roughly 75,000 were killed, 20,000 innocent people suffered bodily mutilation, and 2 million fled the country altogether. National Geographic News reports that, these conflicts combined have displaced millions and resulted in the deaths of more than 4 million people. All these death happened for a commodity, Sierra Leone's largest exportable commodity, the Diamond. It was smuggled out and was purchased on the open market despite a international ban on purchase of so-called "Blood Diamonds." Although the three primary characters are fictional, the historical background behind the events are accurate.


Plot
Danny Archer (Leonardo Di Caprio), a native of Zimbawe, is a former Angolan mercenary, who smuggles Sierra Leone's diamonds into Liberia in return for guns and rocket-launchers, which go to the rebel army (the RUF). The RUF mows down children and the old, rapes women, sends men to work in their diamond fields, and trains young boys to be rapists and murderers. Solomon Vandy (Djimon Hounsou) is humble fisherman, but his family was torn apart and forced to mine diamonds for this brutal rebel group. Solomon, one day, at work, finds a gigantic pink diamond and tries it to hide nearby. 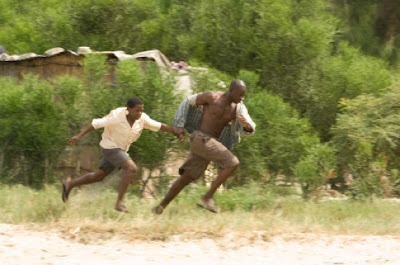 A rebel stops him, but the government troops attacks the rebels, and Solomon gets a moment to bury his rock before being carted off to jail. In the Jail, Danny learns about Solomon's buried treasure, who is in there for smuggling gems to Liberia. Danny Archer makes a deal with Solomon: for the diamond, he will help the man find his family. To achieve this, Archer goes for help to American journalist Maddy Brown (Jennifer Connelly), whose cost for aid is a full expose from Archer about how "dirty" diamonds are laundered to appear clean to the world market, and how much state of guilt, the London diamond merchants have. 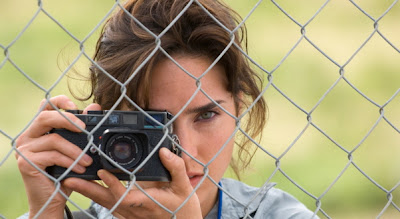 The rest of the movie centers on the journey of these two very different Africans: the squalid white man desperate for a big score to settle his debts with a mercenary colonel (Arnold Vosloo) and the wise black man determined to find his teenage son (Caruso Kuypers) before the RUF turns him into a mindless killing machine.


Analysis
Leonardo Di Caprio as Danny Archer plays perfectly the role of an amoral rogue. He snatches this juicy antihero role and heads for the end zone, right down to an accent that, sounds thoroughly unaffected and consistent. Jennifer Connelly does her best and looks convincing in an cliched part of an idealistic journalist. Djimon Hounsou, with his volcanic temper is the best of all. His scenes with his son are particularly touching, and he evokes a father’s unrelenting determination and love.


Director Edward Zwick known for movies like Glory, Legends of The Fall, The Last Samurai, is a fine craftsman and makes sure that the pace never slackens. Zwick's vision and messages about selfishness, the exploitation of the masses, the shame of child armies, the greed, and man's general inhumanity to man, keeps our attention throughout, even though the narrative is simple. Zwick and writer Leavitt add the right amount of horror, character development and political activism to make this movie as one of most important films of our time. 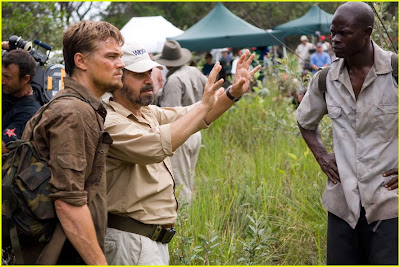 The movie zeroes in on several important subjects that have not been dealt with in other films. The first is the violation of the children like Dia, who are taken from their families and put in training camps where they are brainwashed to become merciless killers, and held in check by drugs, liquor. At the end, Blood Diamond reports that there are an estimated 400,000 child soldiers in the world today. The movie also points out about the morally degraded, profit-minded, rich global diamond companies. They pillage on the natural resources of African countries, and uses the poor Africans for cheap labor, and finally turns their head when they know that the money from the sale of the diamonds is funding the arms used in African wars. 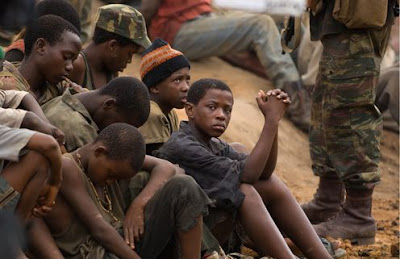 In the movie, Maddy says, "You might catch a minute of this on CNN, somewhere between the sports and weather." This line, might seem a little preachy, but it still rings true. Blood Diamond carries us to the ends of earth and exposes the brutal surroundings and atrocities.

"The people back home wouldn't buy a ring if they knew it cost someone else their hand."

"Here we say that the freedom is in your hands, so if you go against us, so go your hands."

"Sometimes I wonder... will God ever forgive us for what we've done to each other? Then I look around and I realize... God left this place a long time ago."

"Out here, people kill each other as a way of life. It's always been like that."

I love this movie and have watched it several times. Leonardo di caprio has acted really well.

As you said, the movie has stayed with me and will do so..

While the movie brought about the happenings in Africa to the world, I feel it was too commercialized and focused more on DeCaprio than the real issues. As a film it's well made, but I would have preferred a more direct and raw storyline. Cheers!

Oh, yes, i saw this one. Really terrific movie. Loved the way LeoDiCaprio portrayed this role!

I agree with Raghav however a gritty portrayal of some of the horrors we may have never seen. Great review once again

Finally, I have seen this film and deserves all the aclode came it's way :)

@Raghav, That's a problem in this movie, it's commercialized for a 'real issue' movie, and too bloody for a commercial movie.

@Haricharan, Thank you. yeah, there's more horrors, even to this portrayal of Africa, but Blood Diamond is approachable to more viewers, than the documentaries based on these events.

@Ghazala, Thanks for the comment, and good to hear that, you liked the film.

This was a long awaited one from you and you ended well with the quotes/dialogues which makes one ponder deeply. As an exception, I was looking forward to read your thoughts about the scene were Dia directs gun on Danny and then on his father and how Solomon re-establishes the boy’s "moral identity", one of the best scene of the movie.

And yes, was morally caught up watching Shindler’s List, The Pianist, Kite Runner, Bandit Queen, Khuda Ke Liye and many more which showcases the aspect of society we live in, separated by boundaries.

Grt indepth review and grt movie. That year this movie got overshadowed by equally iconical the departed