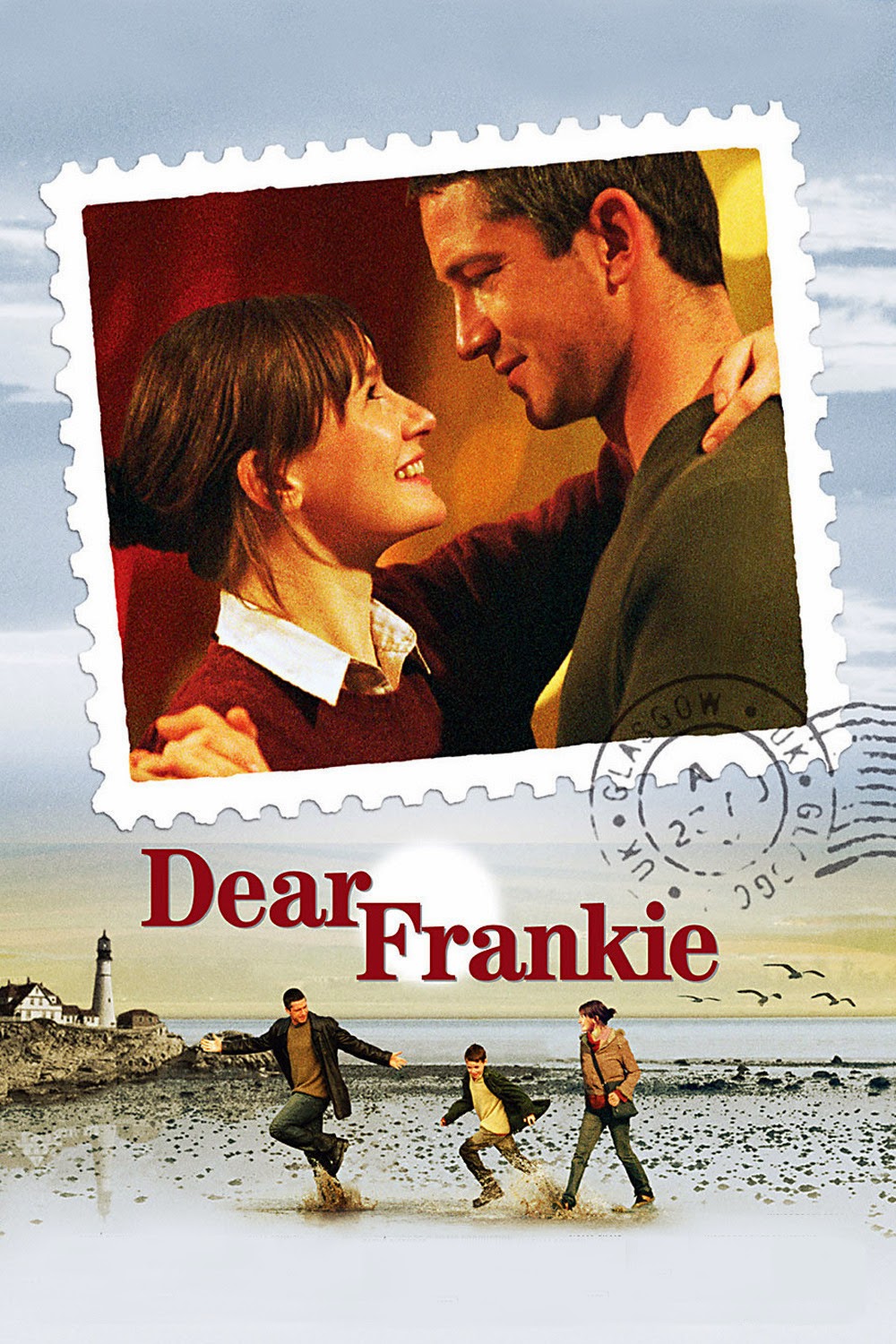 The sweet life-affirming Scottish movie, “Dear Frankie” (2004) from director Shona Auerbach comes off with a plot that provides immense chances for forced sentimentality and to wring enough tears. But, our worst expectations from such a cutesy storyline don’t come true, as ‘Dear Frankie’ is a soulful portrait of wounded souls, who try to protect one another. If you can overlook the movie’s leisure pace, you would be enamored by this character study and performances that don’t look manufactured.

Single mom, Lizzie (Emily Mortimer) never stays in one place or town for very long. She lives with hearing impaired-son, Frankie Morrison (Jake McElhone) and her chain-smoking mother Nell (Mary Riggins). Lizzie is moving through Glasgow, changing schools and addresses, to stay away from her abusive husband, who seems to be fiercely searching for her. But, Lizzie has told her smart and intuitive son that his father away at sea, aboard a ship named ‘accra’. Lizzie writes elaborate letters to Frankie as if his father is writing to him. 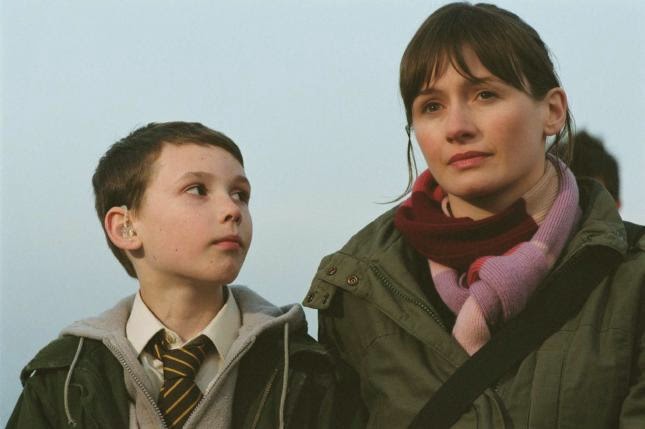 Frankie’s favorite subject is Geography because of his father’s travels and he collects all the stamps his father sends him in the letter. He also writes back, innocently sharing his life’s secrets and joys. Lizzie is keen to put a stop to this fantasy, but she feels that she can hear her son’s voice in those beautifully written letters. One day, Frankie’s bratty classmate shows him the newspaper clipping that the ship 'accra’ is due to arrive on their harbor town soon. The boy makes a bet to Frankie that his father wouldn’t visit him.

Rather than revealing the truth, Lizzie stretches the lie and through the help of her fish shop owner Marie (Sharon Small), she finds a guy to act as Frankie’s father. It is intended as one-day experiment and Lizzie is ready to pay a fee. And, there enters the laconic and handsome guy (Gerard Butler), who not only dutifully responds to his duties as father-for-hire but also remains affectionate towards Lizzie. The fragile family is also chased by Frankie’s real dad, who seems to be dying. 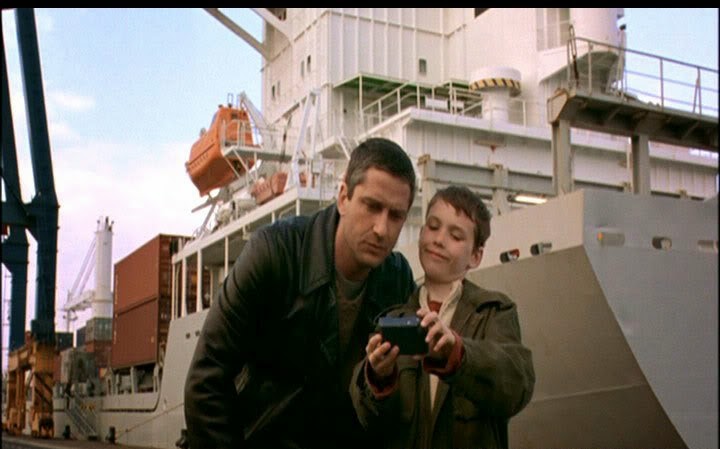 Screenwriter Andrea Gibb and director Auerbach never allows the touching and predictable story to descend into schmaltz. The film’s setting is similar to the many British kitchen-sink dramas, but it is emotionally more tender and imbues subtlety and is powered by well-constructed relationships. When we see a mesmerizing stranger like Gerard Butler play the father-for-hire character, we could easily guess that Lizzie would be pulled in, despite fears and self-righteousness. But, the affection between these two characters doesn’t happen all of a sudden. In one of the movie’s pleasantly inviting moments, Lizzie and the stranger stands on the verge on kissing, but the director doesn’t rush anything here. And, after that moment, the story takes a natural course rather than incorporating the stranger into the family, making a false-note ending.

Apart from the leisurely paced direction, the movie works well because of uniformly superb performances. Jack McElhone is perfect as Frankie. He acts like a child who isn’t artificial. Unable to speak, he makes full use of facial expressions to communicate Frankie's range of feelings from loneliness to joy. Watch out for his wide-eyed, ever-smiling expression when he meets his father (the one hired by his mother). McElhone’s character is also etched very well, as we are never sure how much he intuitively knows about his mother's activities. 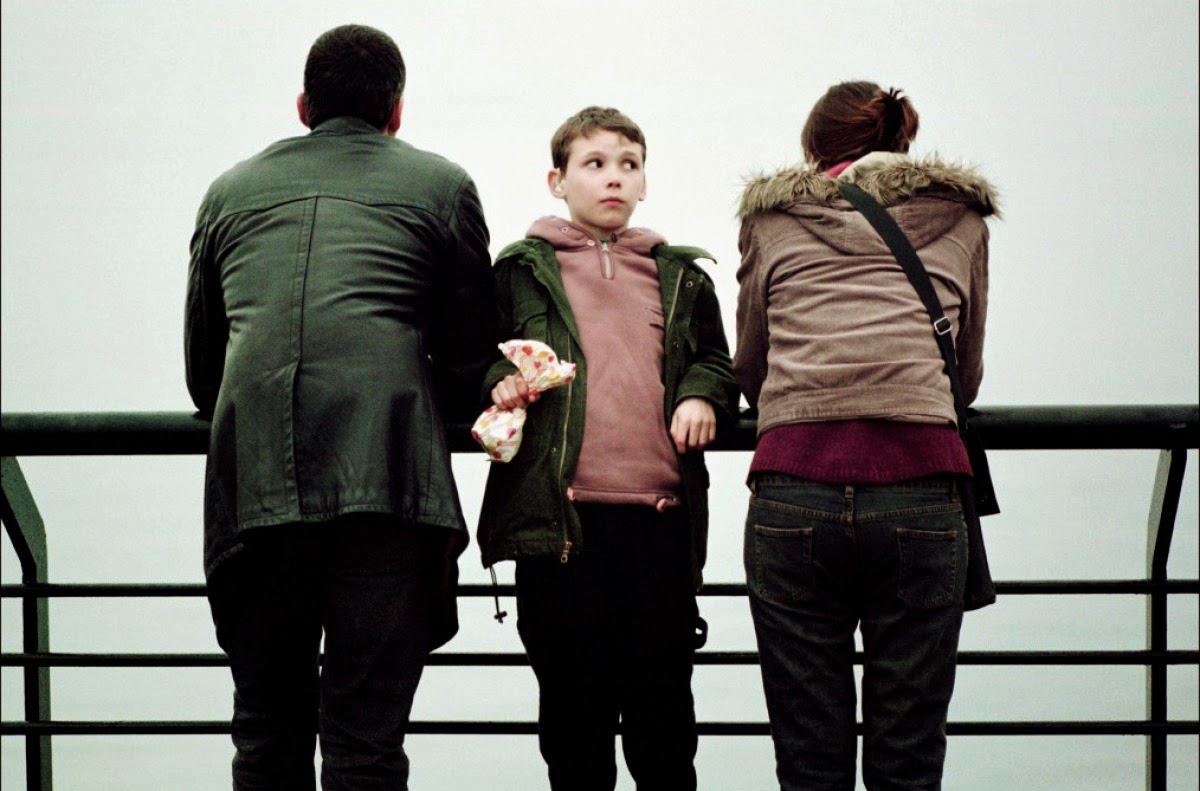 Emily Mortimer gives a moving performance as a single mother, who neglects her own fulfillment and desires to shield her son from any troubles. The whole movie is about the lengths one loving mother will go to protect her son from a hard truth. So, the movie’s emotional vibrancy is directly attached to these two characters. Any lesser truths would have easily turned into a melodramatic fest. That said, “Dear Frankie” isn’t entirely free from melodrama or manipulation, but we can forgive those faults because it never loses sight of its characters or provides us a neatly-packaged resolution. Gerard Butler makes less use of his dashing looks and remains as a compassionate and responsive human being, whose character is well grounded in realism. The captivating locations in and around Glasgow also creates the fitful mood for the story.

“Dear Frankie” (105 minutes) explores the challenges of single parenthood and also takes in broader themes such as resilience, loneliness and trust. It is occasionally soppy, but it remains endearing from beginning to end.

Oh I just love that movie... and the accent too