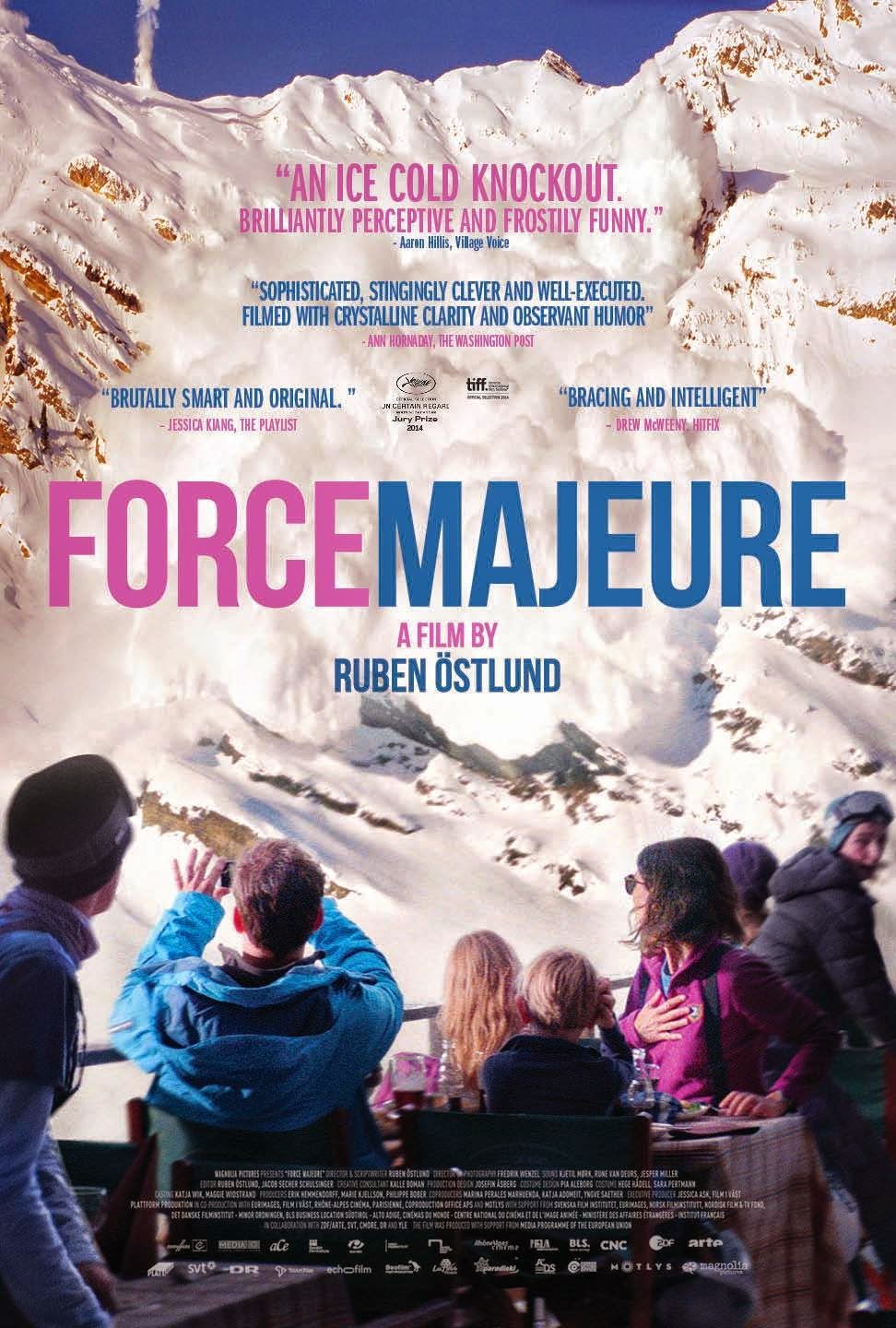 An interesting screenplay most often hinges upon an inciting event that drives the plot and pushes the characters into a predicament which defines who they are. This inciting event within a disaster movie framework frequently shows a resolute heroic character confronting the catastrophe and saving numerous lives. Swedish film-maker Ruben Ostlund’s “Force Majeure” (aka Turist, 2014) also hinges upon a disastrous moment that changes everything. But, here no one dies; no one even suffer from physical injuries, but the moment gradually gathers up like an avalanche causing a storm that stirs up the relationship between characters. The storyline of “Force Majeure” may read like a survival drama, but it’s an eerie psychological drama that’s within the territory of Bergman.

Handsome, well-off couple, Tomas (Johannes Kuhnke) and Ebba (Lisa Loven Kongsli) has come to a classy ski resort in French Alps with their pre-teen children Harry (Vincent Wettergren) and Vera (Clara Wetterngren).  The film opens with an amusingly awkward photograph session, where the family stands in front of an idyllic spot, posing with fake smiles. It kind of signals us that there is some kind of tension in this ideal family. We could assume that Tomas is more absorbed with his work, especially when he sneakily checks up on his phone (the trip is to give Tomas some quality time with his children). The children also look a little bored. On, the second day of vacation, the family is eating breakfast in an outdoor restaurant overlooking the scenic snow-covered mountains. 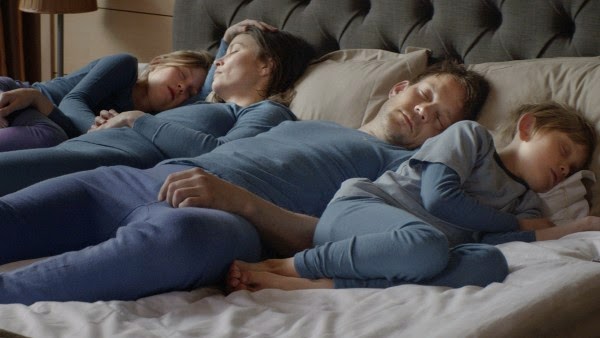 Suddenly, a wave of snow starts heading their way. The family along with other people cheerfully film the ‘controlled avalanche’ (“Don’t worry. They have got it under control” says Tomas). But within a split second fear overtakes them as the snow wave gathers speed and heads up towards the crowd. Ebba immediately shields the children and looks for Tomas to help her carry the children. But, daddy Tomas seems to have fled the scene; but not before taking away his gloves and smartphone. The avalanche has in fact halted before swamping the resort, casting only a hazy ‘smoke’. That too rapidly subsidizes, and everyone is fine. Tomas reappears soon and sits down with his family to finish the meal. Ebba couldn’t stop thinking about Tomas’ momentary abandonment. And, what follows is a pitiless examination of marital discord. 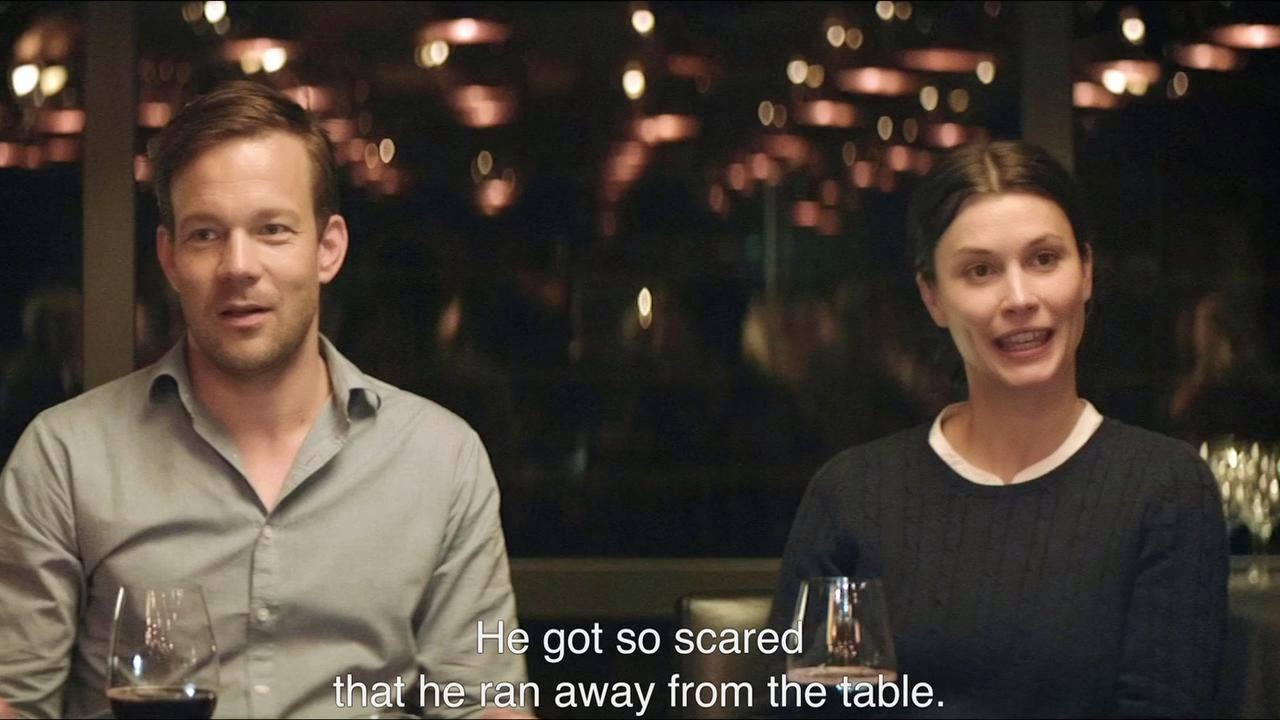 Director Ruben Ostlund began his career in the early twenties making short skiing films. With “Force Majeure” (his fourth feature film) he wanted to focus on the absurdity of ski resort and on human’s efforts to tame the nature. That’s why the father’s (Tomas) immediate reaction to such a majestic avalanche is that ‘it’s controlled’. Ruben, in an interview, stated that the story was inspired by various, real-life disaster incidents. In 2012, a cruise ship ‘Costa Concordia’ foundered off near Tuscany (in Central Italy). The ship’s captain lied that he tripped and fell into a lifeboat. But, the lie was exposed (he was called ‘Captain Coward') and the captain said something like “I am victim of my own instincts”. Ruben was inspired by these words and even used these words in the movie (Tomas says it when he is sitting and crying outside his hotel room). The director finds a comic sense in the way people are looking at something spectacular and then immediately screaming and running for their lives. Through Tomas’ reaction, the director tries to convey us that in the face of danger we can never predict how we are going to react. Although the characters in the movie are portrayed in an unsympathetic manner, Ruben fully succeeds in making us think what we would do (in such a situation). 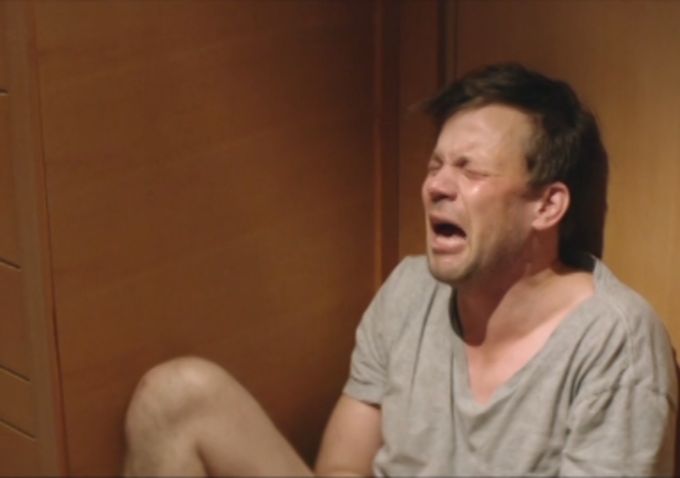 The film also concentrates on the guilt that consumes a person after his urge for survival. Tomas not admitting to any kind of wrongdoing stems from this guilt feeling. He repeatedly says that it’s not his version of the story, but we know that there’s no other conflicting subjective viewpoint (because we viewed every detail from a safe distance). Tomas’ lies also come from his stunted male egotism, because the truth could raise questions about him being the family’s protector or provider. In that way, Ruben weaves a more biting critique on contemporary masculinity. Ebba’s and the children’s loss of respect for the alpha male, Tomas is spectacularly expressed. The script is witty and layered, especially the socioeconomic subtext, expressed through the janitor character. In fact, the janitor is the only working-class guy in the movie. To him, the couples’ problems seem totally absurd. Some sequences could be found stagy and didactic, especially the extended conversation between Tomas’ friend Mats and his younger girl friend. 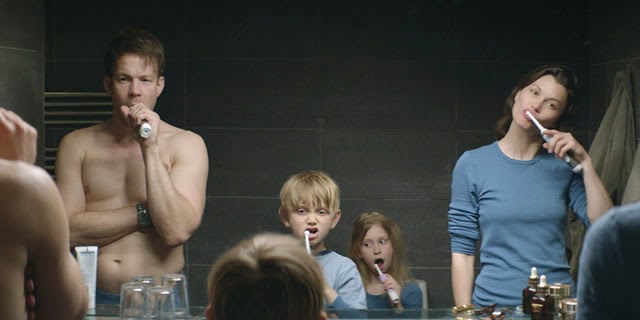 Ostlund’s images are chilly and perfectly controlled. It is constructed in a way that each frame packs up some meaning. In one scene, Ebba serves dinner to her family, Mats and his girlfriend, and talks about the wonderful things they have done in the vacation. Throughout that brief conversation, we don’t see Ebba’s face (the frame cuts off her head at the neck or she shows her back). The frame emphasizes that the words uttered by Ebba are entirely disconnected from her real experience. Such art-house and stoic compositions also render the perfect voyeuristic style. The climax bus ride was filmed in a thrilling manner, and this scene takes the debate further by flipping the earlier scenario on its head.

In the previous scene, we see Ebba artificially contrives a setting which from the eyes of children restores the order within the family. But, in the bus ride Ebba comes off a little scathed as she exhibits a momentary instinct of selfishness. We can argue that Ebba’s and Tomas’ reaction or situation is not the same because only men in this modern society are expected to stand up if there’s an unexpected threat to the family. The best thing about this uncompassionate ending (although the setting itself looks little contrived) is that it’s doesn’t provide easy answers on Ebba’s reaction. After the whole crowd gets out of the bus we along with those crowds standing with cellphones expect the bus to crash. But, what unfolds is something strange, where all the people walk down the chilly, mountain road as night begins to fall. But, one hopeful strand could be extracted in this final scene. The father accepts a cigarette, and when his son asks ‘do you smoke’. He answers honestly and truthfully, which is the significant thing the character seems to lack throughout the movie.

“Force Majeure” (119 minutes) is the kind of psychological drama that compels us to put ourselves into the characters and ask: what would we have done in this situation? It scathingly questions the relevance of a relationship that’s softened by wealth and deprived of trust.