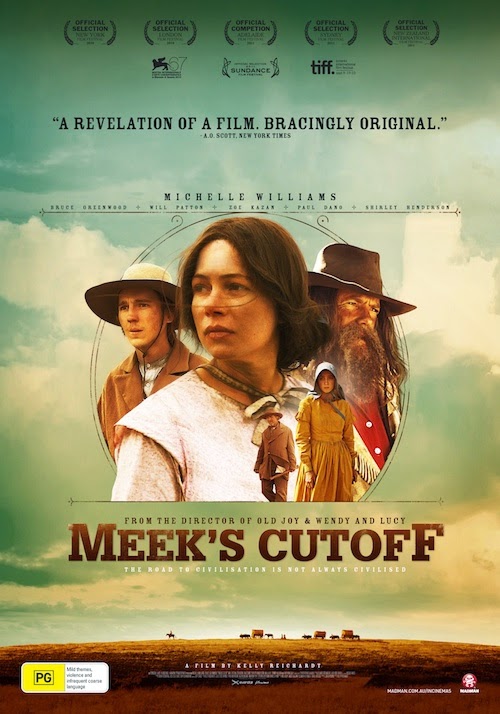 The ‘Western’ genre imparted us with great adventurous stories filled with bounty hunters, wagon fights, and mysterious Native American. But, ever since the mid 1960’s the traditional elements of Western has taken a more darker and misanthropic tone, focusing more on the lawlessness of the land. The romanticized gun-toting heroes found themselves shrouded in realism, while the Indians and Mexicans were depicted in a balanced manner. The women also had some strong roles to play, but only in the last few years, film-makers have started to explore the Western genre from the perspective of women. Director Kelly Reichardt’s “Meek’s Cutoff” (2010) is one of those flicks that reverses the genre’s traditional form to create something astounding.

Director Reichardt was best known for her critically acclaimed 2008 indie picture “Wendy and Lucy” (2008). She employed the tropes of Neo-realist cinema to exhibit the other side of America. With “Meek’s Cutoff” she takes us to the Wild West Oregon trail of 1845. The movie doesn’t have a grand narrative and moves very slowly. Since not much happens in the long stretch of time, many viewers may process this film as ‘one of the most boring flick they ever seen’, but those who get themselves immersed within the travelers’ experience that emphasizes their frustrations and failures, may find it quite engrossing. A embroidered opening title card establishes the period and place in which three families are walking along Oregon trail with all their possessions bundled into wagons. 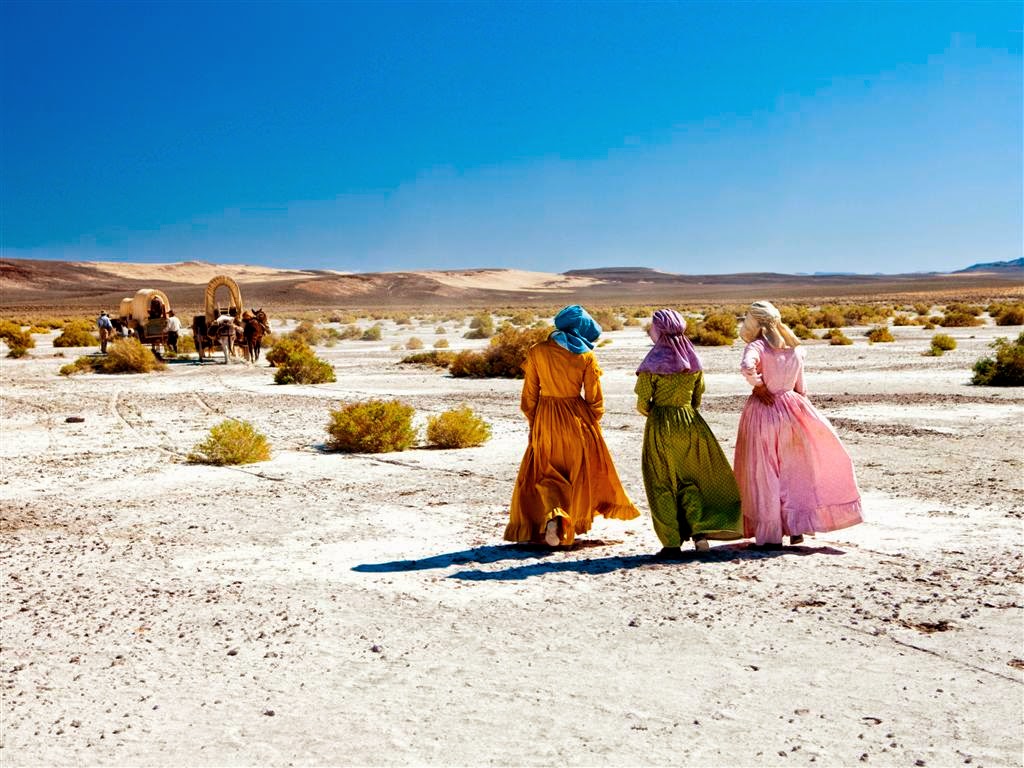 The families are led by Stephen Meek (Bruce Greenwood), a wilderness scout with scraggly locks and long beard. By the movie’s start itself, we know Meek has led the families astray. The rugged terrain doesn’t look like a good place to get lost as apart from the natural threat there’s also the threat of Indian attack. The families gradually gets frustrated with Meek as he talks like he knows everything about the land and its people, but still haven’t led them to their destination. As the water supply is dwindling, and wagons go deeper and deeper into the dangerous land, Mrs.Tetherow (Michelle Williams) loses confidence in the cocksure attitude of Meek. She’s tough, resourceful, and more direct than other men. Meek’s authority gets challenged when a lone Native American is captured (Rod Rondeaux). Emily comes to his defense and the men spare him, but it remains mysterious whether he will lead them to water and land. 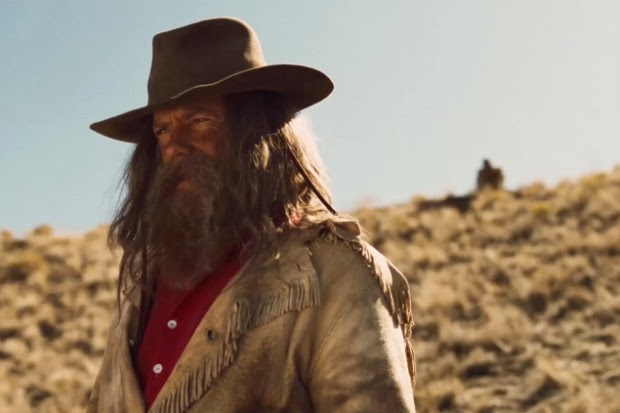 Don’t’ be misled by these plot details because “Meek’s Cutoff” is a very slow-moving film with sparse dialogues. The gun-fires of the genre are totally replaced by eerie silence. Rather than widescreen the movie was shot in 4:3 aspect ratios that infuse a claustrophobic feeling even within those baronial environments. Reichardt mostly goes for long and medium shots rather than those expressive close-ups that could exploit the turbulent conditions of women. When the men talk we only overhear them because the camera often remains as the eyes of the pioneer women. These shots establish how the women are very important members of the band, yet have no decision-making power. If you get engulfed by this deliberate vagueness, stripped-down scenario and introspection, then “Meek’s” will be an invigorating movie experience. 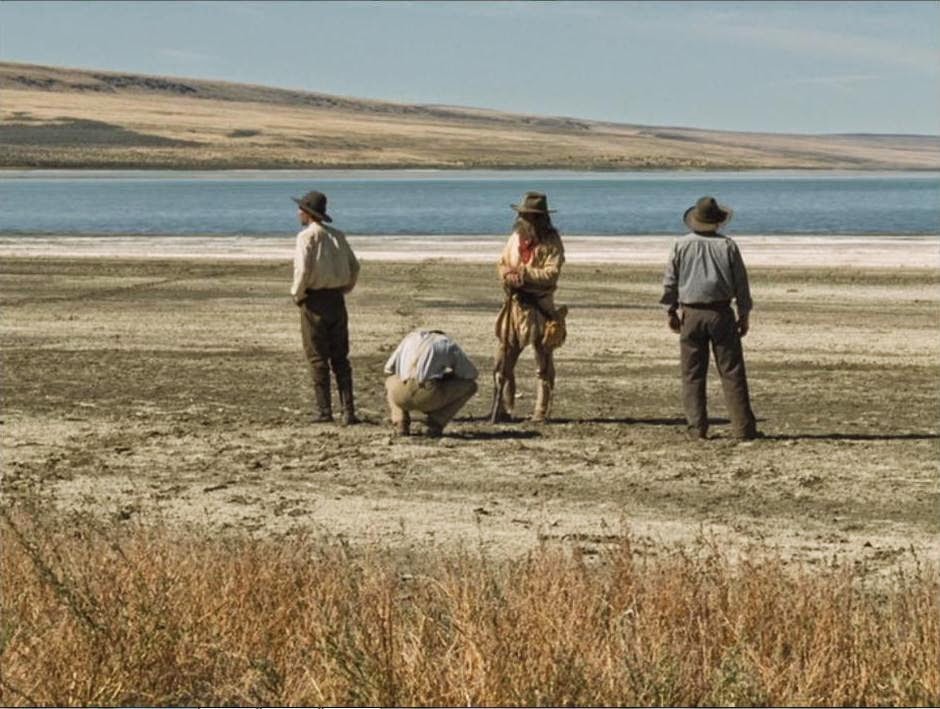 Director Reichardt is more dependent on her unhurried aesthetics rather on the plot machinations. Starvation, stand-off, mutinous sparring looms over the narrative, but the film-maker isn’t largely interested in these traditional intrigues (like a rifle-showdown). She imbues the required edginess through those wonderful compositions, where women patiently focus on their daily labors in a menacing atmosphere. The sparse story is a minimalist approach to the themes of faith, sacrifice, fear, and trust. It’s also seen as a political allegory that examines the American political nature which quickly responds to fear and pre-conceived notions. The uncertain responds with dread while encountering the Indian, while Mrs. Tetherow dares to show a deeper faith in human nature. 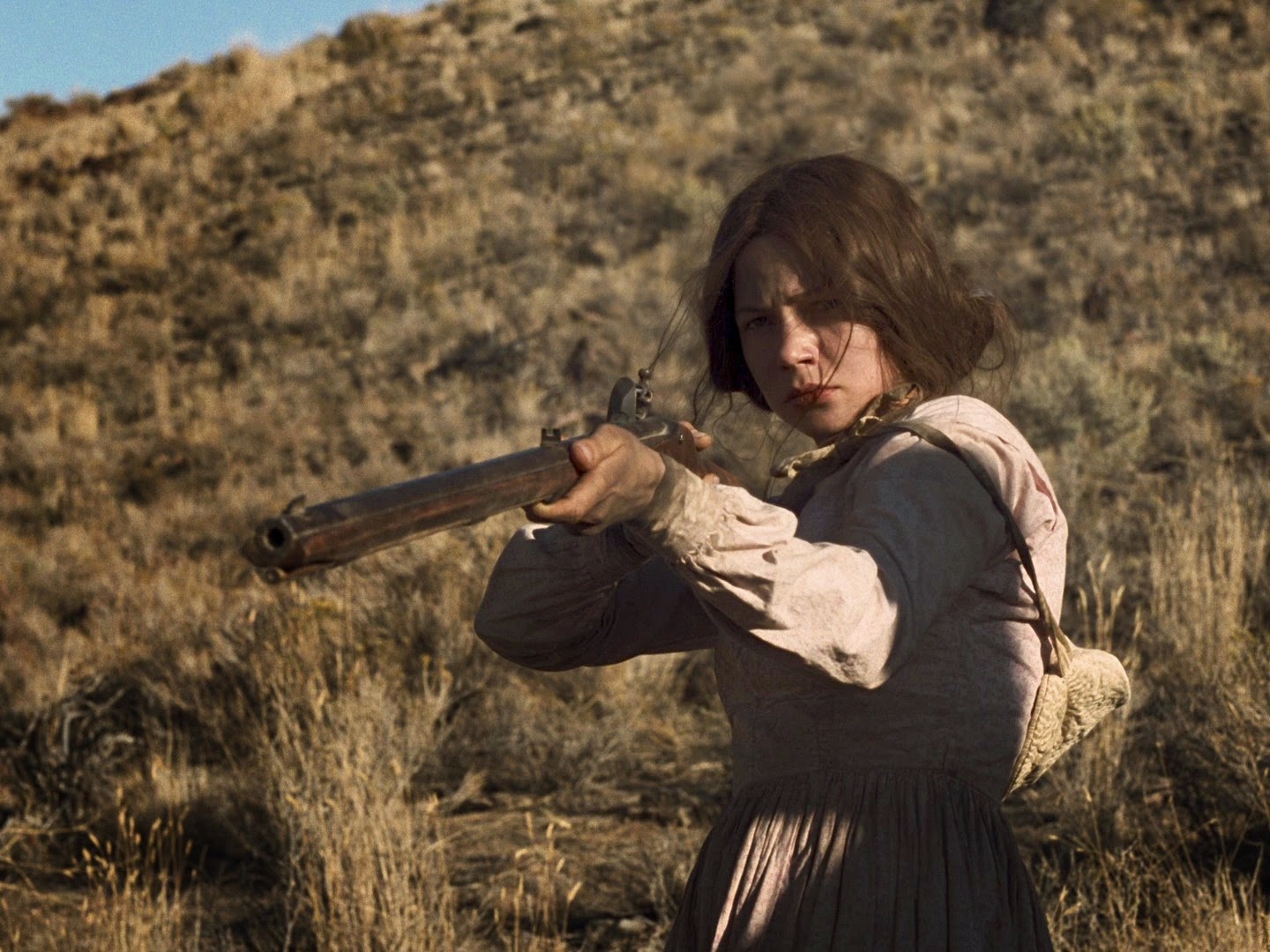 The ending will definitely infuriate many viewers as no easy answers are provided to the conflict of faith vs fear. The masterful, haunting closing shot is both terrifying and hopeful. The uncertainty in the end depicts the complex nature of truth. Of the actors, Michelle Williams’ Emily Tetherow remains as the heart and spine of the movie. She perfectly depicts her character’s complex emotional turmoil that’s born out of wariness for Meek and compassion for the Native American. Her understated acting abilities eventually remain as one of the movie’s life-giving force.

“Meek’s Cutoff” (104 minutes) provides a unique female perspective on the American frontier tales. Its glacial pace may test the patience of many 21st century movie-watchers, but those movie-lovers who likes to get drenched with tales of moral ambiguity and haziness may get rewarded.