To Die For -- A Satire on the Fame Culture 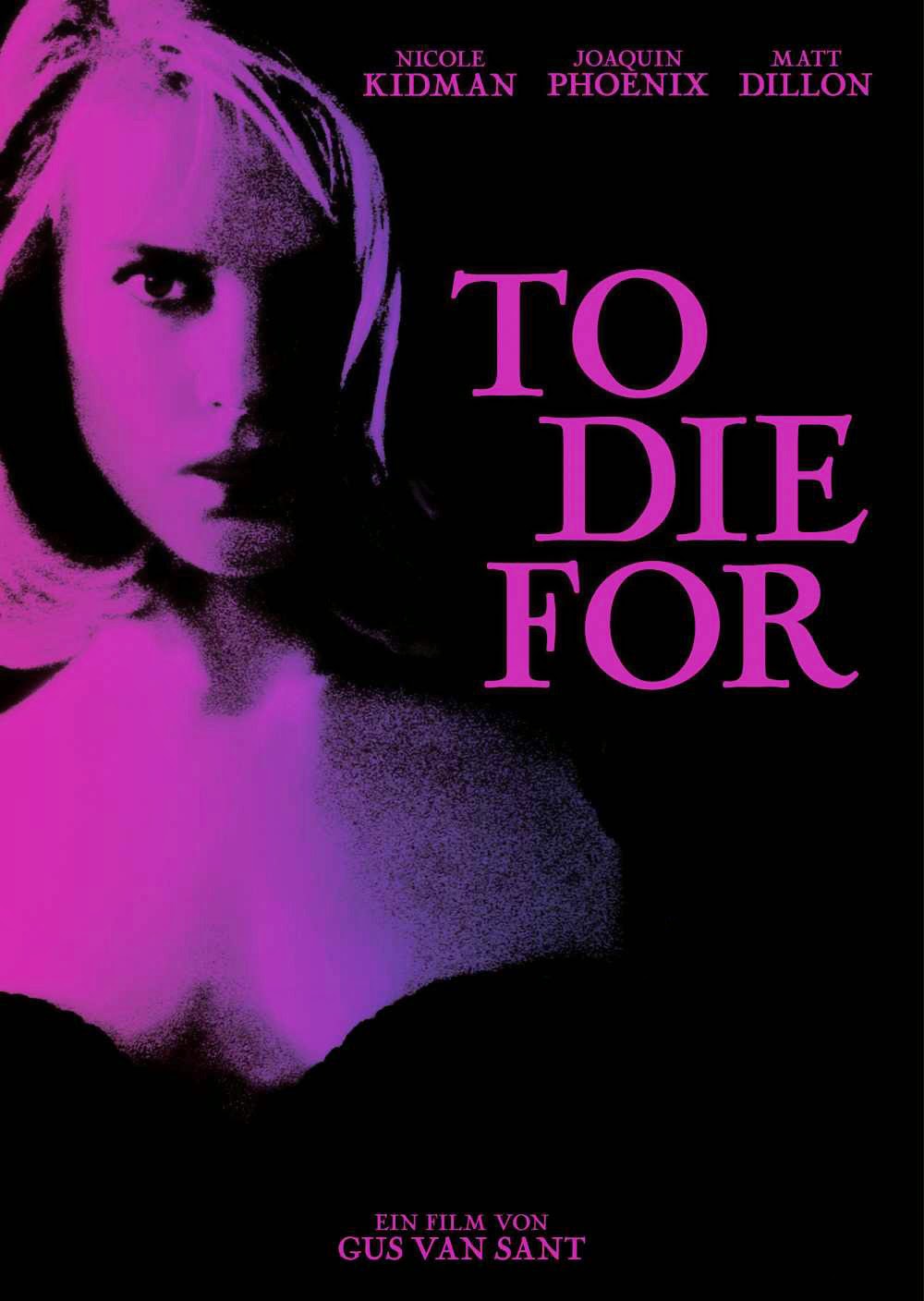 American film-maker Gus Van Sant is one of the few successful directors to switch back and forth by doing wildly experimental movies as well as commercially accessible movies. He had made proverbial awards season movies like “Goodwill Hunting”, “Finding Forrester”, “Milk”, and also minimalist style of movies that were largely ignored and heavily criticized as miserable failures (“Gerry”, “Last Days”, “Elephant”, “Paranoid Park”). Let’s not forget his shot-by-shot remake of Hitchcock’s “Psycho”, which was abrasively rejected. By observing his oeuvre, we can feel that Van Sant is a complicated film-maker, who navigates between the art-house arena and conventional Hollywood. In 1995, Van Sant was pushed into a desperate situation as he had to redeem himself after making the abysmal “Even Cowgirls Get the Blues” (and his “My Own Private Idaho” wasn’t a commercial success). He took a step in the right direction by opting to direct “To Die For”, a biting satire on American Television.


The movie was based on Joyce Maynard’s novel, and was efficiently adapted to screen by Buck Henry. Although “To Die For” couldn’t be deemed as a masterpiece, it triumphantly showcased people’s obsession over a popular, stilted culture. The narrative unfolds in a mockumentary style as a bunch of pseudo-interviews of characters takes us back and forth to the movie’s nominal incident. Suzanne Stone (Nicole Kidman) is an attractive, highly ambitious, moderately intelligent, small-town girl, who is obsessed with the prospect of becoming TV star. She falls for the dull-minded hunk Larry Maretto (Matt Dillon), who runs a restaurant, and the son of esteemed local mobster (Dan Hedaya). Larry falls head-over-heels, and soon gets married with Suzanne. 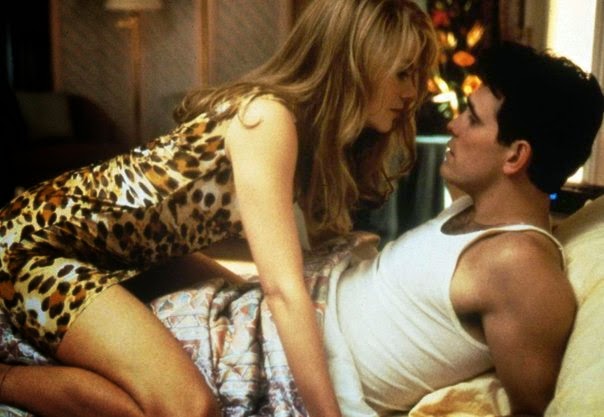 Suzanne, with a dream of heading a prime-TV show, starts at a local cable TV station. She soon gets to be the weather reporter and persuades or annoys her station manager to produce a trite cable special called “Teens Speak Out”. For this program, she enlists innocent, inarticulate students: Jimmy (Joaquin Phoenix), Russel (Casey Affleck), and Lydia (Alison Folland). However, Suzanne’s family life becomes a bore as she feels entrapped by her husband’s ambitions and his desire for children. So, when Suzanne’s big plans are threatened, she intimately befriends those students hailing from dysfunctional families, to commit a squeamish act. 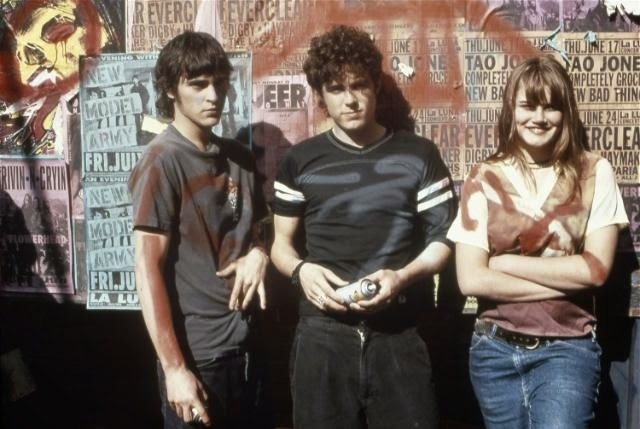 Although the film has dark storyline, its actually rather funny: not in a laugh-out-loud manner, but in intellectually tantalizing manner. Thanks to the accomplished satirist Buck Henry’s script, there are some good moments, where the greater issue that confronts American society (the allure of easy fame through extreme behavior) is effectively satirized. There are some great lines in the film: “What’s the point of doing anything worthwhile if nobody is watching?” (Which is a more relevant line in this social media era); “You aren’t really anybody in America if you’re not in TV”. However, the movie misses the frankness of Martin Scorsese’s “Kings of Comedy”, which allowed the viewers to chuckle as well as reflect deeply on the subject. But, here the traditional ending and one-note character sketches make us maintain some distance from the subjects. 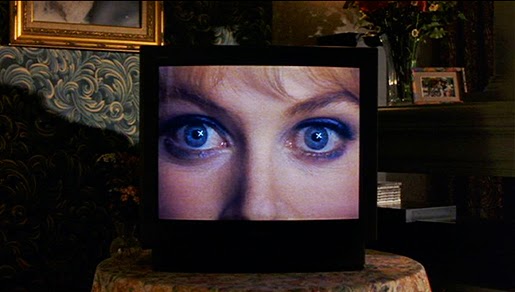 Gus Van Sant’s direction is excellent as his shots tries to find a perfect tone for a scene, even if it’s moderately written. The undertone of television’s influence is always present. For example, take the murder scene, where the camera jumps back and forth between the gun, the teens, and the TV studio where Suzanne is reciting the weather report. The scene where Suzanne’s is taken out of courthouse is my most favorite scene. In this scene, the director perfectly juxtaposes subjective and objective views as the yelled questions from journalists, and shutter snapping of photographers just sounds like applause for Suzanne. Van Sant also sympathizes with the characters of those alienated teenagers. He allows the one-note characterization of Folland’s tubby Lydia to achieve some transcendence, as we could connect with her forlorn isolation. Van Sant also makes us feel for the imprisoned Jimmy, who in the end wants to avoid the prying eyes of a camera, but it chases him with ever-increasing close-ups. 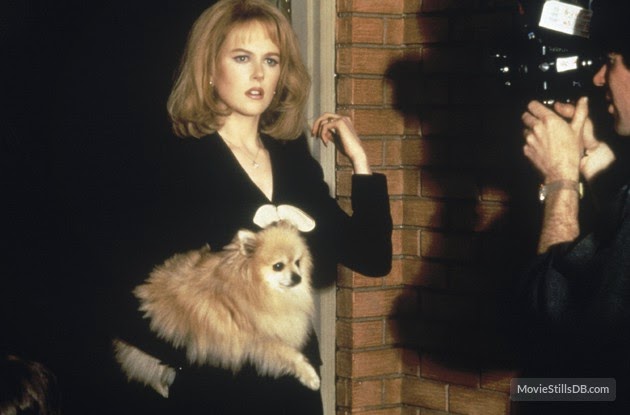 By playing Suzanne Stone, Nicole Kidman won her first major award (Golden Globes). She wonderfully played against her usual pinup girl image, bringing out a hilarious, telegenic confidence. Some of her best moments are when Suzanne describes her shallow theories about television, death, and life. She hits at the precise satiric note of her character without getting too annoying (it is important to note that in the novel, the Suzanne Stone character says that when they make a movie of her life she wants ‘the girl who married Tom Cruise’ to play her).


“To Die For” (107 minutes) isn’t the most original or powerful satire on the tabloid culture. But it’s worth watching for Van Sant’s visual flair, stinging dialogues, and for Kidman’s vibrant performance.