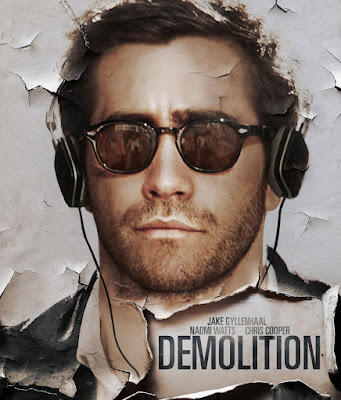 Coping with the loss of loved one after a traumatic accident is one of the overused concepts in cinema. But, Hollywood always prefers these sorts of stories. A wealthy American -- representative of the 1 percent of the nation’s population -- confronts a loss that halts the wheels of his frenzied, materialistic life. He/she would then encounter the emptiness in their life; go on a journey; do some emotionally uplifting thing; and finally the central character would give us a hopeful message. On the outset, Quebecois director Jean-Marc Vallee’s “Demolition” (2015) seems to tick some of these boxes, but at the same time it gives some space for viewers to emotionally invest themselves in this offbeat tale of demolishing widower. Director Vallee and writer Bryan Sipe biggest challenge is to explore the effects of grief in a man, who isn’t able to express it. While there are cliched resolutions and directorial hiccups, the man who totally carries the film till the end is versatile performer Jake Gyllenhaal. Unlike most of the accident dramas “Demolition” has a likeable but a bizarre, barely reformable protagonist. Jake’s character does some of the weird, stupid things, although it is hard not to be appeased by his charisma. His stiff sense of apathy and the eventual melting of it makes “Demolition” a worthy movie experience.

When we first see stock broker Davis Mitchell (Jake Gyllenhaal) he is looking at dark clouds gathering over distant, high-rise buildings. At some later point, Davis looks at the natural devastation of his surroundings and muses “everything has become a metaphor”. But at this opening scene, Davis doesn’t pay much attention to anything else and he is totally not in the mindset to relate the raging clouds to that of a crisis waiting to take apart his life. He is talking on the phone, while his beautiful wife Julia (Heather Lind) who also turns out be his boss’ daughter, drives the car. Julia makes a little conversation about the leaking refrigerator when the accident happens. You get to watch impact shot from inside the vehicle along with Julia’s smiling face and you know that an accident is inevitable. You could also predict that the final smiling face of Julia would be juxtaposed in some of movie’s later emotional moments. As I said, “Demolition” doesn’t circumvent these little dramatic cliches, but what’s interesting to see is the central conflict of Davis after his wife’s death: he just can’t show sadness or any other emotions.

While Davis’ father-in law and boss Phil (Chris Cooper) looks devastated at the loss, Davis is fixated upon the vending machine in the hospital’s intensive care unit. The faulty vending machine has failed to give him the bag of peanuts. Davis takes a picture of the vending machine Company’s name. He goes to his stylistic cube of a house, eats alone, and the next day he goes to office. At his wife’s wake, Davis couldn’t even keep a sad face. He goes to the restroom and tries to enact a crying face in front of the mirror. Later, he just settles down to write a complain letter to the vending machine company, but it becomes a confessional letter, where Davis recounts, analyzes all of his life details. Davis writes about his legacy obsessed, money-man father-in law and how he met & married Julia. Davis also wonders when he stopped loving Julia. This thought process leads to a vital question: did he ever have any feelings for Julia? Davis desperately tries to piece together and make sense of his past life, which he didn’t pay any attention. He wants to take apart everything in his life to the point of demolition and examine them. 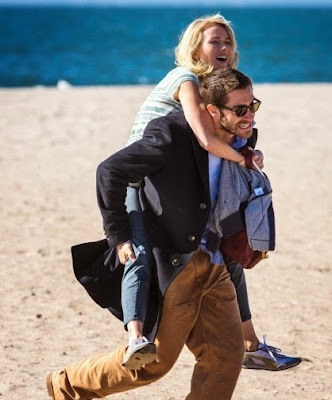 Apart from writing series of letters to the customer service rep, Davis finds satisfaction in literally demolishing dismantling objects around him. He starts with faulty refrigerator, cappuccino machine, and then takes apart a squeaky bathroom door in the office. Soon, all the parts of office computer are dismantled and neatly arranged in the floor. Phil, who just wants his son-in law to mourn in the usual manner couldn’t fathom Davis going bonkers. Eventually the narrative moves on to Karen Moreno (Naomi Watts), the customer service rep, who is so moved by Davis’ letter that she begins stalking him. Karen is an emotionally fragile woman with a troubled teenage son Chris (Judah Lewis). Davis and Karen mesh to form a friendship and later Davis becomes a messed-up father figure to messed-up teenager Chris. Davis introduces Chris to his newfound hobby of demolition, while Chris offers back excessively exuberant rock music.  There are some unpredictable and tender sequences derived from the rapport formed by these three individuals. At some point in the third act, I felt the story beats didn’t keep up its initial promises and that it sliding down to an emotionally manipulative denouement. Nevertheless, I was taken in by the charmingly goofy, nihilist, virtuoso performance of Jake Gyllenhaal.

Director Vallee is at his imaginative best when depicting Davis’ mental images of his past life. Vallee is aware of clunky metaphors and cliched tragedy in this kind of narrative to poke fun at them. He impeccably maintains the bitter whimsical tone in the first half. But, somewhere down the line, both Valle and write Sipe settles down to take a familiar, slightly sappy path. There’s a chance encounter between Davis and Karen’s drug dealer, an old man who laments about the antique, non-operative merry-go-round. We could adjudicate that this merry-go-round would play out as an element of Davis’ redemption (and we are not wrong about it). Even though this scene was forced into the narrative in an inorganic manner, it doesn’t affect the movie’s emotional core, whereas the dramatic events at the end to instill the much-needed emotional catharsis felt artificial. The hollow, superficial gesture of giving away scholarships in the name of Julia (the student’s conversation with Karen reveals the emptiness of offering scholarships) versus Davis’ moving gesture to remember her through the soulful carousel ride was very well done. Although we never know if Julia genuinely loved Davis, through this subtle ending, we see that Davis had somehow made peace with his past. Nevertheless, what I felt as the problem with “Demolition” and other wanna-be inspirational American movies is that they start at some intriguing, relatably weird point and gradually shifts to the normal, dramatic narrative arc. If the movie somehow worked me, it’s because I could connect with Davis’ destructive urge or his decision to take apart everything. And, I always like Gyllenhaal’s trips into the darker side.

“Demolition” (100 minutes) may not have perfectly balanced its hero’s sledgehammer-weaving destructive attitude and his heart-tugging emotional transformation, but it still provides an engaging, darkly comic movie experience. Thanks to a great cast, the narrative miscalculations doesn’t entirely derail the movie.