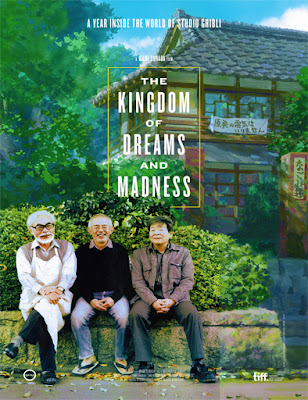 On August 2014, news floated around social media that Studio Ghibli is going to shut down its operations. A year before, the famous anime production company’s legendary co-founders & film-makers Isao Takahata and Hayao Miyazaki announced retirement from film-making. It was devastating news for any Studio Ghibli fan. The subsequent updates from the studio’s producer Toshio Suzuki emphasized that they are considering to ‘restructure’ or ‘rebuild’ the studio and that they are only taking a short rest (from producing feature films). In October 2016, we have received news of first Studio Ghibli Television series titled ‘Ronia the Robber’s Daughter’ (based on fantasy novel by Astrid Lindgren), which has selected by streaming service ‘Amazon Prime’. Studio Ghibli also co-produced Dudok de Wit's silent animation movie "The Red Turtle" this year. It was soothing news for anime fans, although we know how that we can’t expect the magic of Miyazaki-san. However, tormenting it is to think, we got to acknowledge that an exciting era in anime is gradually reaching a halt, as we wait  for some great torch-bearer like Hayao Miyazaki and Takahata.

The year 2012 was a very important year for Studio Ghibli. It was a decisive period when both the veteran film-makers were considering retirement and they both were making their final movies, which is to be released simultaneously in 2013 summer (recently Miyazaki-san announced he would be coming out of his alleged retirement). It was also the year Mami Sunada decided to showcase an intimate portrait of the legendary figure & his talented employees of the studio. Sunada's second documentary feature The Kingdom of Dreams and Madness is not just a story of Miyazaki, but the story of the place and people, pushed him to reach the peak of his artistry.

Although Miyazaki-san is often compared with Walt Disney, he is an exact opposite of Disney, in terms of behavior. While Disney went on to create a myth or a shining aura about his personality, Miyazaki is a down to earth person and hates being worshiped as an ‘icon’. So, Mami Sunada’s documentary embraces a free-form rather than ticking the boxes of a biographical documentary. Miyazaki rarely faces the camera and tells precise details about his childhood or other phases in life. If you are looking for a detailed, historical account of Studio Ghibli or about the works of Miyazaki and his life, The Kingdom of Dreams and Madness is not the place to look for. Some of the details divulged here will be already known to a Miyazaki fan and it is slightly disappointing to see the great film-maker not discussing about his works (except for the film he is making “The Wind Rises”). But the simple, elegant visuals of Miyazaki, Toshio Suzuki, Isao Takahata, and other employees of the studio spending their normal, hectic days at office gives us a lot to smile, cry, and fiercely clap. 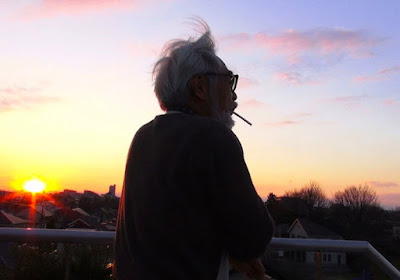 Considering the popularity of Miya-san’s movies all over the world, Studio Ghibli could have signed up multi-million dollar projects by just riding upon the man’s popularity. Both Miyazaki and his energetic producer Suzuki has stubbornly resisted it and never foisted a mythological status upon their works. Unlike the mystique and magic associated with Disney Studio, Studio Ghibli’s campus in the Koganei section of Tokyo is constructed as a simple, movie-making factory with modest bungalows. There are popular tourist attraction places like ‘Ghibli Museum’ (their own version of Disneyland), but in the sun-lit studio, Miyazaki and his employees are hunched over cluttered desks, drawing every frame for their film on hand, while a big electric fan circles from the ceiling. Miyazaki hasn’t fiercely rejected the technology in the animation field, although I feel that the soul of his works is retained by the lesser involvment of computers in the production process. Director Mami Sunada was given full freedom to roam around the studio and was given access to the studio’s business side as well as the artistic arena which was running up to meet its deadlines over the two new releases (“The Wind Rises” and “The Tale of Princess Kaguya”).

Initially, the documentary’s lofty title bestows an assumption that it’s going to be a study about the fantasy kingdom Miyazaki has created through his anime. Mami Sunada just turns it into a story of a worldly place, where dream and madness is present in equal measures. Even if you aware that the documentary is about fever-pitch schedule in Studio Ghibli, you will be surprised to see how Sunada doesn’t try to mythologize Miyazaki as the studio’s only soul. Sunada’s camera gazes at his benevolent as well as strict management style. She captures the master’s inspiring messages as well as his bitter cynicism. There’s no extra effort put here to elevate Miyazaki or Ghibli’s iconic status. Miyazaki and the people working there are as much hopeful, depressed, and wary of the future like the common men. The employees aren’t always gleam-eyed when talking about their employers. One woman employee confesses how maddening it is work under a perfectionist like Miyazaki. She says that his non-stop demands would make a talented employee run away from the studio. 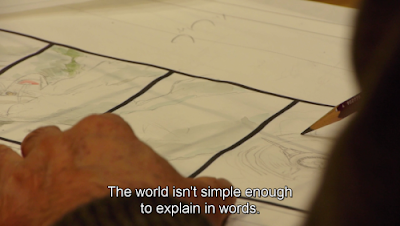 Hayao Miyazaki or Suzuki (Takahata is absent in the documentary, except for arriving at one occasion and he doesn’t talk much) are mostly preoccupied with the work they need to attend at present than recalling their achievements. In one sequence, Miyazaki talks with Sankichi, an enthusiastic, trusted assistant (called as ‘Miyazaki’s right-hand’) while drawing the images for “The Wind Rises”. Their conversation lingers on the ending in “Kiki’s Delivery Service” and about other trivial things. At the end of their conversation, Miyazaki comments that ‘scene has totally changed’ (the one he is drawing) in relation with his casual chat. He further comments ‘Films sure are organic’. Director Sunada follows similar approach. She lets Miyazaki talk whatever interests or troubles him. In that way, there is an organic development of Miyazaki’s persona. He goes through his routine, but offers some interesting opinions on Japan’s shift towards reactionary politics or their reliance on nuclear power, the future of his studio & anime, etc. Miyazaki openly says what he really thinks about the works of his friendly competitor Takahata and is equally harsh on his own works (he calls “Porco Rosso” as a ‘foolish film’). At one point the master ruminates on how ‘film-making is a form of suffering’. Those who are expecting to see a sugar-coated, inspirational story might be taken aback by Miya-san frankness & morbid streak of words, but it gives a three-dimensional study of the anime master. Of course, Miyazaki’s cynicism is rightly balanced with the immense passion he shows for his art. His affection for his friends and employees are also positively infectious. Finally, the way he  has designed his living atmosphere and the strict schedule he follows are highly motivational stuffs.

Director Sunada makes longtime Ghibli producer Toshio Suzuki as a main character so as to explore the studio’s business operations. Mr. Suzuki has a very tough job to manage talented masters and to successfully commoditize their majestic art. He looks over merchandising department, attends press conferences, screenings and travels to trade shows, etc. And, Mr. Suzuki is sort of a middle-man to two other key personalities in Studio Ghibli: Goro, Miyazaki’s son, who is reluctant to adopt his heir status; and Isao Takahata, whose working methods is plagued by extensive delays (the director whose filmography includes excellent movies like “Grave of the Fireflies”, “Only Yesterday”, etc worked nearly seven years to finish his last film “The Tale of Princess Kaguya”).  Sunada’s approach to establish a biographical portrait of the men behind Ghibli circumvents the usual method of running old clips or clips from their well-known movies. There’s couple of montage sequences (one towards the end of the documentary) that shows how Miyazaki’s perception on the world he sees (as he gazes at rooftops) shapes his animated world. Those sequences are organically developed and more insightful than hours of interviews. In one of the earlier scenes, we see business side, grouped in the conference room, discussing about increasing their merchandise sales, whereas the employees at working floor, including Miyazaki, keep up with their daily exercise routine. It is a very beautiful scene (just a mundane image) that conveys how the creative and business side must work in tandem and with satisfaction to evolve a movie-making industry.

The Kingdom of Dreams and Madness (118 minutes) is a must-watch documentary for Hayao Miyazaki and Studio Ghibli movie fans. Director Mami Sunada's keen observatory mode totally avoids the traditional documentary approach. She fills the frames with subtle, humane moments than striving for barrage of words; just like the majestic anime of Miyazaki.

at December 13, 2016
Email ThisBlogThis!Share to TwitterShare to FacebookShare to Pinterest
Labels: documentary

Wow. I'll try to watch it. Thanks for sharing.
Have you watched a Japanese documentary titled Jiro Dreams of Sushi? If not please try that one.

Thanks for the comment Harish. I loved the documentary about Jiro Ono. Here's my review: