Strangled [2016] – A Flawed yet Challenging Psycho-Thriller 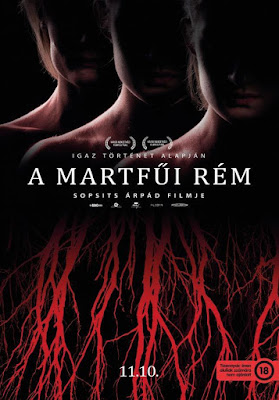 The pluralistic ignorance within the climate of rigorous social conformity in the post-war Soviet Union and East European communist states often provides a grimly fascinating account of totalitarianism. Add a notorious, elusive serial killer into the mix, the stagnation of bureaucracy and inhumanity of the system perfectly crystallizes. Andrei Chikatilo, who killed at least 52 people over fifteen years, stands as a fine representation of the ‘Era of Stagnation’. For years, the serial killings weren’t publicized since the superior officials believed that serial killing is a ‘western phenomenon’. The utter lack of forensic techniques and man power was also a big drawback. Eventually, the lead investigator Victor Burakov’s tenacity led to the capture of Chikatilo. It was meticulously chronicled in Robert Cullen’s non-fiction book The Killer Department (which was adapted into TV movie titled Citizen X). Bong Joon-ho’s fantastic thriller Memories of Murder (2003) revolved around the hunt for a serial killer in a provincial town during the times of political instability in Korean peninsula. Very recently, Polish crime drama I’m a Killer (2016) dealt with similar sociopolitical themes set against the backdrop of serial killings (the serial killer known as 'The Silesian Vampire’ killed fourteen women between 1964 and early 1970s; the years leading up to the Solidarity uprising and the end of Poland's Communist rule). Hungarian film-maker Arpad Sopsits’ Strangled ('A martfui rem', 2016) is another curious dramatization of the true story of a serial killer, set loose on women in a small town. The true events took place between 1957 and 1967 and the investigators were under immense pressure from the communist powers of the time.

It is 1957 and the authorities in the small provincial town of Martfu couldn’t believe a woman is raped and killed in a place that is dominated by a large shoe factory. It was the period of uprising, where the demand for reforms within iron-hand Soviet establishment was instantly squashed. Hence the police officials were also hell-bent on finding this perverted individual in order to showcase the much publicized smooth flow of justice. The officials get their man – Akos Reti (Gabor Jeszberenyi), a local shoe factory worker, who obsessively loved the murdered woman. The movie opens with Akos Reti re-enacting the murder for the gathered bureaucrats and reporters. But it soon becomes clear that the man is wrongly accused. However, the determined state prosecutor Gabor Katona (Zsolt Trill), facing pressure from higher-ups sends the innocent man to jail (first awarded death penalty which is later reduced to life sentence). He defines his corrupted stance like this, “After the counter-revolution, the regime had to prove the force of law and order …” Seven years later, the murders resume with the same modus operandi. A young, ambitious prosecutor Zoltan Szirmai (Peter Barnai) is sent to the town and he along with a embittered local inspector named Bota (Zsolt Anger) puts the investigation in the right track. 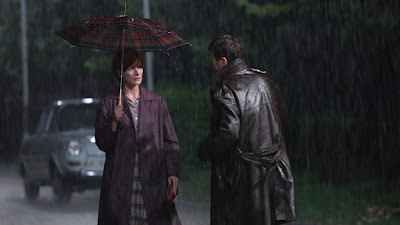 Nevertheless, Szirmai and Bota are repeatedly warned, since in their hunt for serial-killer, they have to be careful to not expose the flaws in Communist justice system. That may invite serious repercussions for the Soviet state, which is held together by strict conformity. As expected one regional party member decries, “There are no serial killers in this country”. While Bota and Szirmai come under immense pressure to find the culprit (without admitting the innocence of Akos Reti), government agents infiltrate the investigation team to keep everything in line. Still the murders continue and the narrative jumps to the perspective of uncaught serial-killer Pal Bognar (Karoly Hadjuk), also a shoe factory worker. He gradually gets addicted to the thrill of hunting down his victims, even though he wears a mask of normalcy in front of his wife, kid, and fellow workers. 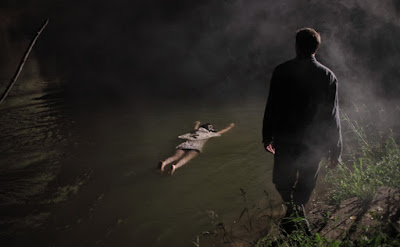 Strangled contains a peculiar tone as it tries to juggle between different polarizing perspectives and different genres. Working together with cinematographer Gabor Szabo, director Arpad Sopsits brilliantly reconstructs the tension of the times in which these events took place. The formal qualities are sound, especially the night-time chase scenes are effectively staged, partly reminding us of David Fincher’s style. But the screenplay which tries to simultaneously move on three planes (from the perspective of investigator, killer, and innocent man) doesn’t intertwine very well. Sopsits’ unflinching showcase of sexualized male violence against women during the assault scenes wants to draw upon the narrative’s potent theme of authoritarian rule’s toxic effects. These scenes hang in between lurid sensationalism and truly unsettling tone. The violence does seem overindulgent when the murderer cuts off a woman’s breasts. Earlier, we witness killer’s manic emotions as he engages himself in the gruesome cut, but these constant lingering on mutilation feel a lot exploitative and gory just for the sake of it. The narrative intertwining of the various character trajectories are also saturated with cliched developments (the subplot involving inspector Bota and Akos Reti’s sister is one such thing). In fact, the generic conventions and visceral thrills calmly replace the movie’s ability to be an unsettling character study of a serial killer. In the end, Strangled’s (121 minutes) examination of the historic backdrop and debauched political arena is less memorable than the shocking violence and chilling nocturnal sequences played out on the screen. It doesn’t belong to the league of great true-crime serial killer films like Zodiac and Memories of Murder, yet it’s a gripping film with vibrant performances.

at September 19, 2018
Email ThisBlogThis!Share to TwitterShare to FacebookShare to Pinterest
Labels: 2016 Movies, Based on True Story, Thriller