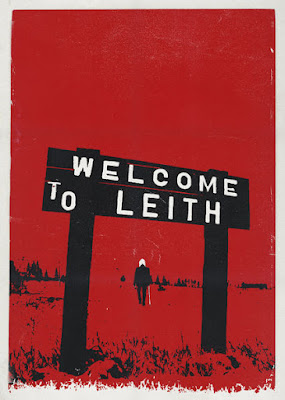 Leith is a tiny & tranquil hamlet in North Dakota, USA with a population of just 24 (including children) and widely dotted with crumbling, dilapidated structures. It definitely questions the definition of a town and the only working business in it is the local bar. The people seem well-mannered and remain representatives of the very rural phrase “Everybody has each other’s backs.” The ghost town was direct effect of the state’s oil boom and everything from Leith’s vintage signboard to its total isolation gives the feeling of having traveled back in time. Directors Christopher Walker and Michael Beach Nichols’ remarkable documentary Welcome to Leith (2015), however, isn’t a muted chronicle of the life in a sleepy town.

Back in 2011, a thin, bearded elderly guy named Craig Cobb moved to Leith. He first brought a decrepit house with no running water. Later, he bought few other cheap lots of land in and around Leith. What the town residents didn’t know was that Cobb is a notorious Nazism-spouting, anti-Semitic white supremacist. With land prices at an all-time low in Leith, Cobb has put out a call to his brethren to help him take political control of the small town and turn it into a haven for like-minded racists. Walker and Nichols’ documentary drops us straight into this conflict of attempted takeover, with dozen or so local people seeming to stand against Cobb’s desire to build his own Nazi utopia. Despite the high-running tensions and an allegedly clear-cut good vs evil perspective, directors Nichols and Walker take a calm, even-keeled approach, gaining full access and trust (over the course of eight months) of the bewildered residents and the overly determined Cobb (and his supporters). 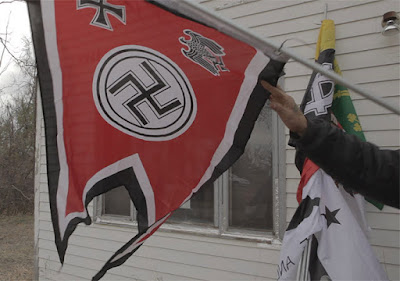 Southern Poverty Law Center, a non-profit organization that monitors hate groups and other extremist factions throughout the US, considers Cobb “one of the top ten white supremacists in the United States”. Some of his cronies include Alex Linder of the Vanguard News Network and Tom Metzger, people who advocate Jewish genocide. Once Cobb’s intentions were made clear to the townspeople and after New York Times did a story on Cobb’s plans in Leith (in August 2013), the situation turned kind of scary. Cobb started posting the town residents’ personal information online – as he had previously done with judges who’d ruled against him, where in one case it (indirectly) led to two murders – and proudly displayed flags of formerly all-white nations of Europe. He spouted hate at town-hall meeting, hoping to make them react with fear. And not long before, the reasonable people of Leith declared: “We’re going to start packing guns all the time”.

In one extreme situation, Cobb and his invitee Kynan Dutton – a troubled war veteran and member of National Socialist Movement who has moved with his wife and two kids – patrol the streets of Leith carrying loaded weapons. Eventually, the Sheriff’s deputies arrest Cobb and Dutton and charge them with seven counts of terrorizing. However, a less-punishing plea deal angers the residents, although the deal forced Cobb out of town (the vacant plots of land are however still owned by white supremacists). Cobb has from then on attempted similar moves in small towns and his increasing online activity is centered on endorsing Donald Trump. 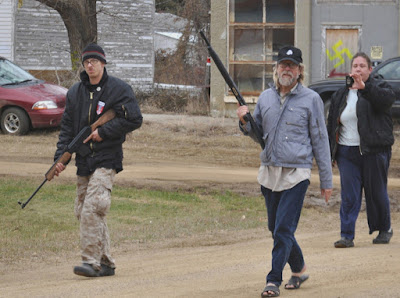 Welcome to Leith tells a very specific tale of extremism, even though its emotional implications are easily relatable. Nichols and Walker’s distanced observational skills help in showcasing how toxic beliefs could perpetuate a climate of fear which may irreparably affect the lives and perspectives of rational, reasonable individuals. The directing duo could have simply made this into black & white affair by solely focusing on Cobb’s obnoxious, irritable ideology. But they subtly raise questions about how Leith residents finally reacted to the perceived danger (the bullying and burning as they view police & judicial system super-inefficient). Much more interesting is the way Nichols and Walker allow the Aryan separatists and Neo-Nazis to speak for themselves. The matter-of-fact declarations of these racist head cases provide a very palpable, terrifying look at extremist beliefs. Craig Cobb comes off as the multi-faceted guy no fiction writer could conceive. His warm smile may make some think him as the nicest guy on the planet. But the striking moment where he marches with a rifle around the town, bragging about being ‘one of the most famous racists in the world’ is outright horrific.

The sheer volatile nature of Cobb, not only makes him fearful, but also at times pathetic. Nichols and Walker’s approach might be seen passive and laid-back to a fault. However, their staunchly neutral stance raises some important questions about freedom of speech (most particularly about US constitution's first amendment rights), especially when Cobb admits he spends 16 or 17 hours a day to spread pure hate online. While Cobb is no doubt dangerous, few observations by the directors kind of make him a laughable character. It’s amusing to see him after the release from jail, courteously requesting an African-American motel clerk for a room. Despite understanding the weight of Cobb’s hateful thoughts, we unnaturally feel an iota of pity at the sight of this forlorn old guy carrying all his possessions in a garbage bag. The directors’ nuanced pronouncement here is that they don’t have to demonize Cobb, when he is very much capable of doing it through his words and actions. Nevertheless, there are few occasions where Nicholas and Walker’s gliding camera movements seem to belong in a horror feature (aided by a haunting score done by composer T. Griffin), creating a tense immediacy. The documentary as one could expect ends without a conclusion. The people of Leith have put the things behind them and want things to go back to normal, the way they were before coming under national spotlight. Craig Cobb is also following his normal routine of hate-spouting who adores his leader & US President Trump. Overall, Welcome to Leith (85 minutes) is a timely and terrifying look at hate-groups roaming the land of dreams and opportunities.

at September 02, 2018
Email ThisBlogThis!Share to TwitterShare to FacebookShare to Pinterest
Labels: documentary