Film programmer, critic, and documentarian Kent Jones’ feature-film debut, Diane (2019) tells the story of an old, selfless woman relentlessly looking after all the damaged and diseased people in her life. In fact, there’s not much of a story here, but a deeply textured observation of the elderly woman; her Sisyphean angst and regrets haunting the autumnal phase of her life. This is expressed intriguingly in the film’s very first scene, which opens at a hospital’s terminal patients’ ward, the sound of vital-signs monitor beeping in the background. We see a woman dying of cervical cancer. But this isn’t Diane. She is Donna (Deirdre O’Connell), Diane’s cousin. The titular character (Mary Kay Place) is sitting opposite Donna, asleep in a chair. Donna casts a worried look at Diane and asks, “Are you okay, honey? You look all tuckered out.” It’s a very simple yet a graceful way of setting up the central character. 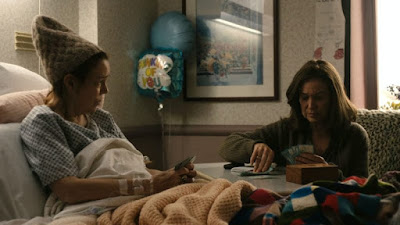 Diane lives alone in Massachusetts who often visits her dying cousin and her drug-addicted son, Brian (Jake Lacy).  She works at a soup kitchen showering empathy on the dispossessed people and treats them with dignity. Diane shares her pain with her long-time friend, Bobbie (Andrea Martin). She also frequently visits her aunts and uncles (played by gifted veteran actors including Estelle Parsons and Phyllis Somerville), who laughs and reminisce about the old days despite their weak physical condition. Diane doesn’t do anything for herself. Her maternal instincts keeps taking her back to Brian, who begs his mother to leave him alone and provide the chance to cure the addiction in his own way. Many characters in the narrative also insist the same. Surprisingly, Brian does find a way and heals himself. But circumstances change, as it always does in ordinary life, that at a later point, the mother asks the son to leave her alone.

Regret and shame it seems keeps pushing Diane into an abyss. It looks like she hasn’t yet forgiven herself for the past transgressions (she still keeps it to herself the pain and guilt caused by her deeds). Although we only get to know about the grey chapters of her past only later in the narrative, Mary Kay Place deeply carries a look that conveys Diane’s tenacity for seeking atonement. Diane’s misery is only heightened by the deaths of her loved ones, which takes away her only ‘pleasure’ of being a caregiver for others. It may sound like a bleak domestic drama on death, aging, and life’s monotony. But the film finds enough warmth and humor within the damages and fatigue of quotidian life. The subtly staged communal gathering of Diane’s family is such a treat to watch. The miseries that have shaped the lives of these resilient old people are conveyed with a resounding impact.  In one of the film’s most heartwarming scene, we see Diane, drunk on margaritas, standing alone outside a bar in a wintry night. Just as she starts wailing, her aunts appear out of nowhere, offering comfort rather than questioning her. 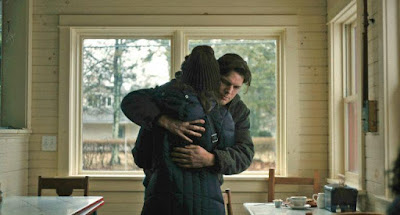 Kent Jones who had collaborated on documentaries with Martin Scorsese (My Voyage to Italy and Letter to Elia), has made his first feature-film, evincing the delicate directorial touches of Hou Hsiao-Hsien and Robert Bresson. Unlike the pillow shots of Ozu, Jones keeps showing variations of a car traveling down the road. It is shot from the point of view of the driver which apart from conveying the passage of time contemplates how we are mostly ‘passengers’ and not ‘drivers’ in this life. It does feel at times that Jones have packed a lot and keeps rushing to various narrative events that only serves the purpose to pose the greater spiritual, existential questions. Yet the strongly grounded characterization of Diane and the precisely textured melancholic tone engulfed my attention in the narrative.

We are very much alone in this life. Hence, it’s important to escape from the emotional prisons we confine ourselves to and to be able to live comfortably with ourselves. It’s what this humble character study tells to the Diane within us.