Anatole Litvak’s taut noir drama, ‘Sorry, Wrong Number’ (1948) is an adaptation of Lucille Fletcher’s 22-minute radio play. The script for the film was written by the original author, embellishing the narrative with typical elements of film noir – moral corruption, low-key lighting, bleakness, paranoia, and desperation. Producer Hal Wallis (Casablanca) was hell-bent on finding a popular star for the main role and got the queen of film-noir: Barbara Stanwyck. The then growing Hollywood star Burt Lancaster (his 6th role) played opposite Stanwyck. The two stars' on-set conflicts didn’t eventually affect the movie, although they never worked together again. For Ukrainian-born American film-maker Mr. Litvak, the year 1948 turned out to be very successful year in his career. While ‘Sorry, Wrong Number’ turned out to be huge box-office success, Litvak’s harrowing drama ‘The SnakePit’ released in the same year to huge critical acclaim and gained seven Oscar nominations. 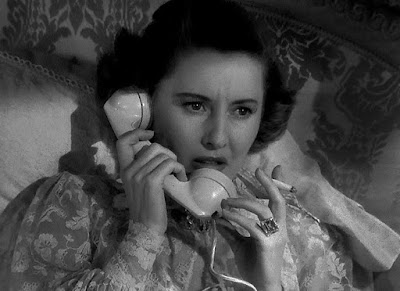 In contemporary times, when we think of bleaker facets of technology, we might picturize our over-dependent online habits. This film, however, is set in 1940s and the opening crawl forewarns about a communication device that could instill the sense of doom. This is the post-war era where telephone communications made it easy to reach out to the loved ones. And, for Leona Stevenson (Barbara Stanwyck), a wealthy yet lonely New York heiress whose illness confines her to the bedroom, the telephone is her only connection to the outside world. She repeatedly tries to contact her husband at his office who is running late. Leona only gets a busy signal. Just when she thinks that the call is connected, Leona finds herself listening to someone else’s phone call. The two men talk about killing a woman, somewhere in the city that same night.

Leona immediately panics and asks the phone operator to connect her to the police. The lone policeman on work ignores Leona’s report of a planned murder. Later, she receives a call from her millionaire father (Ed Begley), who questions whether the husband Mr. Henry Stevenson (Burt Lancaster) is there to take care of her. Desperate to talk with Henry, Leona calls her husband’s secretary, who tells her about a mysterious, good-looking woman meeting with Henry at the office. This leads to more phone calls, and each unfurls a flashback that gradually crystallizes the mystery behind Henry’s absence. Leona’s dread escalates further when she realizes that she could be the target of the men, whom she had heard earlier. 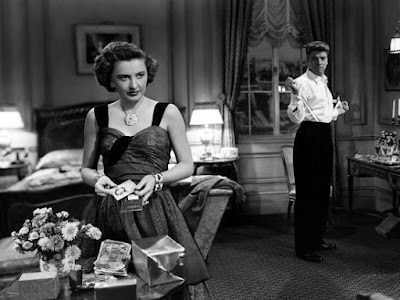 From the 1979 slasher/thriller When a Stranger Calls to the opening scene in Scream (1996) and the terrorizer in Phone Booth (2002), the idea of an unknown individual bringing doom through a simple phone call could bring forth palpable fear in the yesteryear cinema. With the emergence of smart phones, the role of communication devices in constructing cinematic villains has only proliferated. In Mr. Litvak’s movie the pristine, old telephone is pretty much the symbol of his heroine’s sense of entrapment.

It is easy to comprehend why this brief radio play that unfolded in the form of monologue was a huge success. The voice which filtered through the radio instantly forged the connection with listeners, keeping the narration devoid of unnecessary fillers. As for a movie narrative, the central character Leona couldn’t be treated as the only point-of-connection to viewers. Hence, director Litvak punctuates the plot with more conflicts and betrayals, and pushes it to feature-length with extensive flashbacks. Some of the plot complications bring deep suspense to the proceedings, while some twists are purely an excess.

The brilliant aspect of Litvak’s direction is his study of space. The camera itself often behaves like a free entity breaking away from characters, taking in the details of their domestic space. Camera movement inside Leona’s mansion often emphasizes her insecure feelings and restlessness, whereas the other fluid camera movements accounting the space, encompassing the supporting characters, delivers the sense of who they are. Cinematographer Sol Polito (The Adventures of Robin Hood, The Petrified Forest) and Mr. Litvak do a thorough job in manifesting fatalistic alarm and tension through the use of autonomous camera. The wonderful crane shot towards the end which descends down from Leona’s bedroom (her aural presence is maintained) actively infuses sense of unease, something which is comparable to the snazzy visual flourishes of Alfred Hitchcock.