The Snake Pit [1948] – A Fairly Nuanced Exploration of Mental Illness 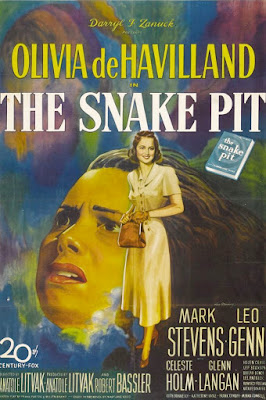 Anatole Litvak’s “The Snake Pit” (1948), based on Mary Jane Ward’s fictionalized memoirs, is one of the earlier films to deal with mental illness or portray mental asylums in a non-melodramatic, non-romanticized manner. While, Mark Robson’s horror entertainers like “Bedlam” (1946) were set in mental institutions, it was only “Snake Pit” that compassionately dealt its mentally ailed subjects and the dehumanizing threat of the insane asylum. When compared with the scathing depiction of mental institutions in Samuel Fuller’s “Shock Corridor” (1963) or Milos Forman’s “One Flew over the Cuckoo’s Nest” (1975) and Frederick Wiseman’s incendiary documentary “Titicut Follies” (1967), the staff’s insensitivity, brutality and squalid living conditions shown in “The Snake Pit” might seem a bit tame. But, this film was made on an era when mental illness was considered as one of the taboo subjects for cinema.

Both Anatole Litvak and Daryl F. Zanuck of Twentieth Century-Fox were audacious enough in bringing out or visualizing the reality of nervous breakdown, when Hollywood production studios & film-makers were plagued by the ‘Hays Code’ (set of moral guidelines expected to be followed by movies made by major studios). Some might feel that this film withholds too many light touches in dealing with psychosis, but those flaws are over-topped by the heartrending performance of Olivia de Havilland, who flawlessly showcase what it means to lose one’s own mind.

Mental institutions or psychiatric facilities of that era were referred to as ‘Snake Pits’ because of the chaos, indifference and inhumane treatment rampant in the places (the film’s protagonist refers to this towards the end). But, the chaos of ‘snake pit’ also resides in the mind of central character Virginia Stuart Cunningham (Olivia de Havilland).  A close-up shot of her face opens the movie. Virginia is sitting in some garden, disoriented, frightened and not knowing where she is. She hears a familiar voice of a man questioning her, but when she turns around to trace this voice Virginia only sees a blonde woman sitting in a nearby bench. Virginia is partly convinced that the man has turned into the girl – ‘just another old trick’ she thinks. Virginia introduces herself to the blonde woman, but the woman talks to Virginia as if she has known her for a long time. An elderly woman cloaked in the nurse attire asks the women in garden to gather. Still confused about the whereabouts, Virginia looks around. When she sees a tall building with cage-like rooms, she is convinced that they are going for a tour inside a zoo.

Alas, when Virginia enters the building and finds women dressed like her, standing inside the caged rooms, she knows that it is a jail. But, she couldn’t remember the crime she has committed. A Doctor inquires Virginia on whether she is aware about her whereabouts. She tells that it is a prison and immediately invents a story that she’s in there for a day to observe things for writing her new story. Eventually, when she is informed that she has been in a mental institution (ward 6) for quite some time, once again a confused look pervades in Virginia’s face. This opening sequence marvelously puts viewers inside the delusional mind of Virginia and makes us invest abundant compassion for the character as she tries to figure out the blanks in her memory. 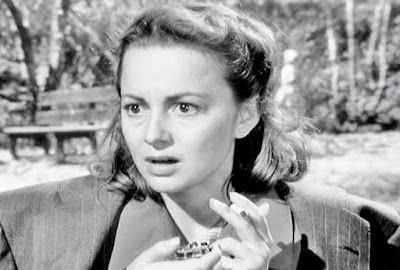 Beautiful, thirty-something Virginia Stuart, who harbors the desire to become a novelist, meets her perfect man Robert Cunningham (Mark Stevens) in a publishing house. She occasionally shows odd delusional behavior, but they both soon find themselves deeply in love with each other. One day in May, she breaks down and runs away from Robert. Six months later, Robert finds her working in New York and this time they decide to immediately marry. After marriage too, Virginia shows signs of hysteria and unmotivated pain, whenever the subject of a particular day in May comes up. Robert, who knows little about Virginia’s past decides to admit her in a state mental hospital and seeks the help of sensitive doctor Kik (Leo Genn). Although the building more or less operates like a prison, populated with overworked nursing staffs and overcrowded patients, Dr. Kik treats Virginia with compassion. He uses the era’s new psychotherapy treatment to reinstate Virginia’s memory and to profoundly understand the emotional ailment of her childhood & adulthood. 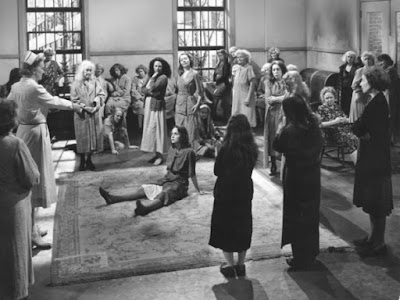 “The Snake Pit” doesn’t have a bigger, twisted, ‘Shutter Island’ like mystery at its center. The reason behind Virginia’s illness is more grounded and realistic (some might feel that he case is far too simplistic). The way Virginia conveniently spells out her past traumatic events and the simplified portrayal of shock therapy sessions may come off as cinematic, but Anatole Litvak and the trio of screenwriters (Millen Brand, Frank Partos and Arthur Laurents) show enough nuance in the characterization of Virginia and in touching upon the social and economic problems in running the asylum. The inherent conflict between treating dozen patients at a time to achieve full cure and treat 100 patients at a time to attain some form of temporary cure is recognized in the narrative. It is the situation or conflict which stills plagues the mental institutions.

It is also important to note that the mental illness of Virginia was never oversimplified or given instant cure as in most of the era’s films (for example, Hitchcock’s “Marnie” handed down instant cure for its central character). There are enough sequences dedicated to show how Virginia is desperately fighting to keep her disability away. The friendship between Grace and Virginia and the later friendship between Virginia and Hester (Betsy Blair) -- a woman haunted so much that she is afraid to speak and be touched by someone – is finely etched. The manner with which Virginia breaks through Hester’s emotional frailties gracefully indicates the changing nature of Virginia. Movies dealing with similar themes often stray away from realism and use the patients’ illness to play out for few laughs. “Snake Pit” does employ macabre humor to fend off the depressing atmosphere, but it doesn’t denigrate their eccentric activities. In one sequence, an elderly patient dances on the rug after being not asked step onto the rug. It immediately evokes laughter, but the sane nurse’ reaction and the imposition of such a rule too cause a ponderous chuckle. 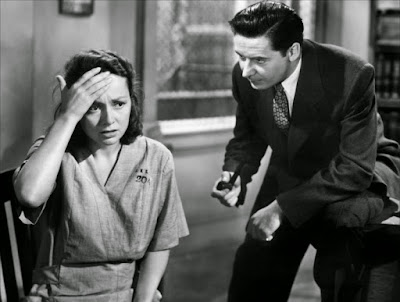 Cinematographer Leo Tover and director Litvak perfectly uses the close-up shots in the narrative’s cathartic moments. Their semi-documentary style portrays the harshness of asylum life, but also works the viewer to forge a strong connection with the inmates like Virginia and Hester. One of the best sequence that stands as testament to Litvak’s craft is the final one, where the sanitariums male as well as female quadrants get-together and dance. An American folksong ‘Goin’ Home’ is played as the last song and the lyrics express the inmates’ yearning for physical and mental freedom. Litvak employs a beautiful crane shot encompassing the entire, standing still crowd and then goes for a close-up of the singer. Gradually, as the song’s lyrics washes over us, the close-up shot of Virginia and Hester is plastered on-screen, clouding our eyes with well-earned tears. On a latter analysis, one could see that this particular sequence was unwanted and only included to give a sense of hopeful closure. But, still the emotions filmed throughout the song are tangible and no way gives up a false, syrupy taste. 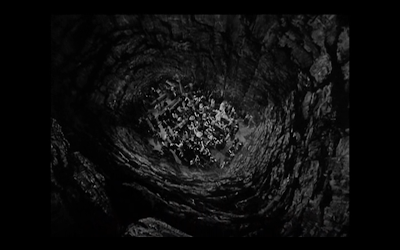 “Sometimes I think I'm not as sick as the others. But they say, if you think you're well, then you're really sick. If I say I'm sick, maybe that means I'm well. The horrible thing is, I can't be sure of anything anymore” elucidates Virginia about her confused mind state. Olivia de Havilland’s performance, which couldn’t be fit into a set of positive adjectives, profoundly etches the thought process of institutionalized schizophrenic. There’s not a single misstep in her acting and at times she single-handedly levels out the script’s uneven nature. Born on July 1, 1916 Olivia was one of the leading stars of Hollywood Golden Age, starring in acclaimed features like “The Adventures of Robin Hood”, “Gone with the Wind”, “The Heiress”, etc. My personal favorites of Olivia’s roles were the non-glamorous, non-romantic ones in films like “Snake Pit”, “The Dark Mirror" and “Hush……..Hush, Sweet Charlotte” (she retired in 1988 and currently lives in Paris. On July 1 this year, she will celebrate her 100th birthday). It is hard to think of anyone except Olivia playing the character to perfection (the role of Virginia was initially said to be considered for Ingrid Bergman). Leo Glenn is also remarkable as the empathetic and shrewd Dr. Kik.

“The Snake Pit” (108 minutes) is one of the mature, convincing movies to deal with the themes of psychiatric disorder. Although at the time of its release, it is marketed as ‘women’s picture’ or ‘women’s weepie’, the film’s powerful impact is meant to be felt by any dedicated cinephile.

at May 06, 2016
Email ThisBlogThis!Share to TwitterShare to FacebookShare to Pinterest
Labels: Hollywood Movies, Social Drama