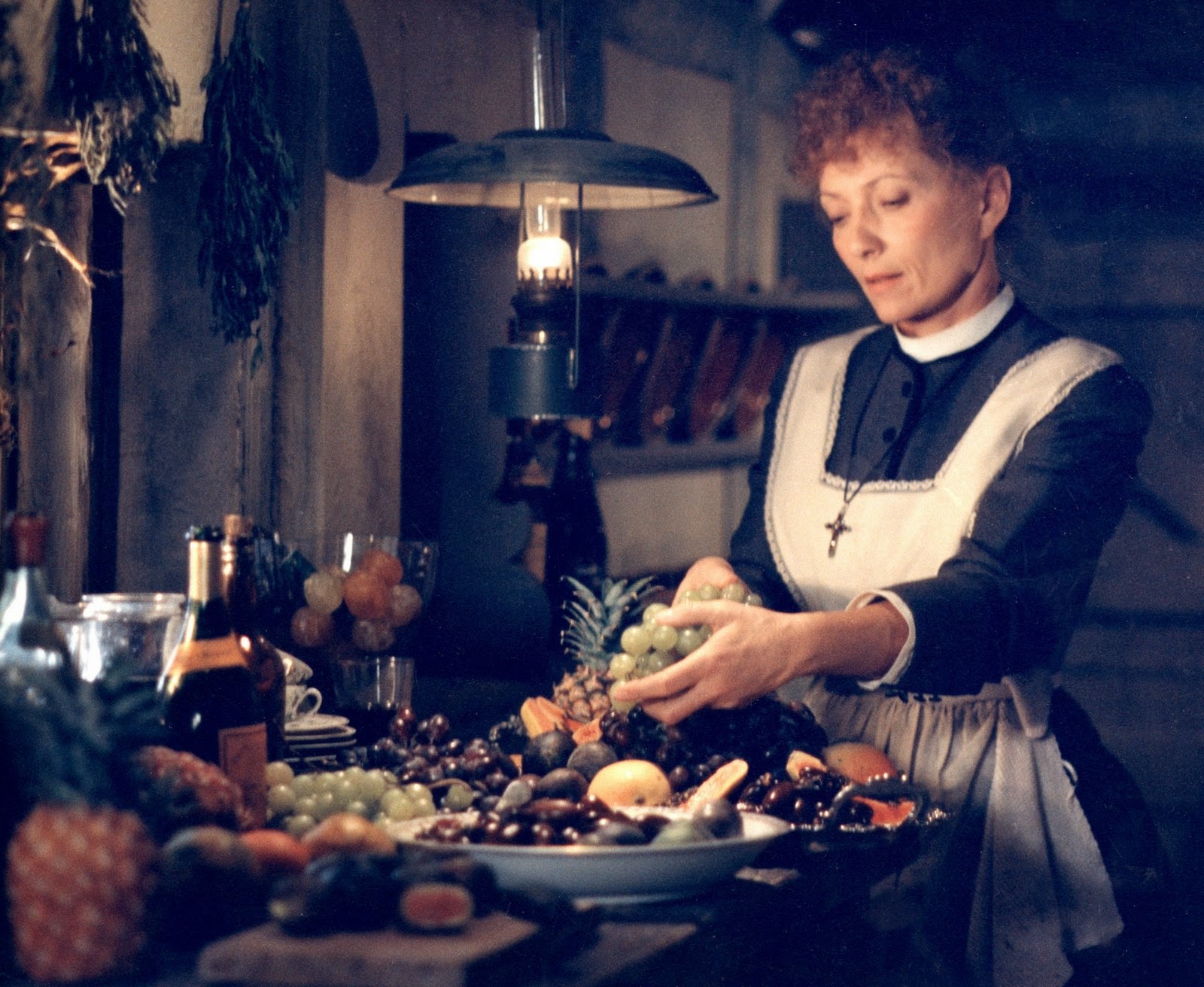 Gabriel Axel’s Danish drama “Babette’s Feast” (1987), which won the ‘Best Foreign Film Academy Award’, was adapted from the short story by Isak Dinesen. It is a food-centric movie that paints the unbreakable, but pliable, human spirit in broader strokes. It is easy to take a cynical approach with this film and write it off as a ‘feel-good dally’, but I felt that this is one of the rare movies that treats human flaws, like narrow-mindedness with munificence. It exhibits people’s good will without belittling their sentiments and beliefs. ‘Babette’s Feast’ is also a lovely film to look at. Its beautiful compositions and sublime images compel us to ponder over the themes of friendship, hope and gratitude.

The film’s first-act tells the story of two sisters – Martine (Birgitte Federspiel) and Filippa (Bodil Kjer) – who have lived all their lives in a remote Danish fishing village. The story is set in the 19th century, and a series of flashbacks reveals the details of the past. At the young age, the beautiful and gorgeous sisters Martine and Filippa lived with their, extremely devout father (Pouel Kern), a Protestant minister. He keeps his daughters so close to him and runs off two potential suitors. Lorens Lowenheim (Gudmar Wivesson), a fine-looking cavalry officer, sees Martina and enamored by her beauty he often attends the minister’s prayer to be close with her. But, soon Lorens realizes that he will never be accepted and leaves the village. A year later jovial French opera star Achile Papin (Jean-Philippe Lafont) comes to the village to find some solitude. After hearing Filippa’s soulful voice, he offers her singing lessons. But, she gets frightened by his unbridled attention and passion. Soon, she decides not to continue the lessons. 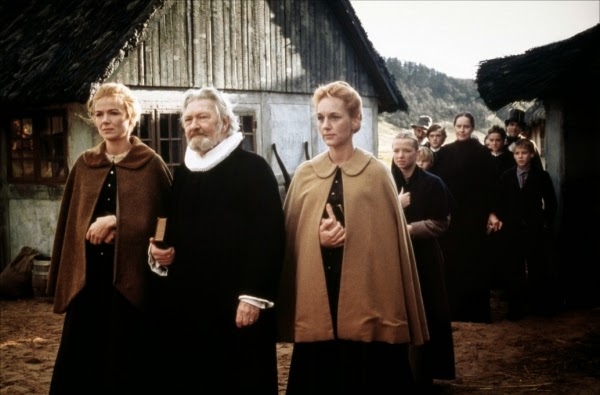 Years pass on, the sisters remain unmarried and their father is long dead. They lead a simple life, leading prayer meetings with their small sect and tending to the needs of poor. One day, a woman named Babette (Stephane Audran) arrives on the aging sister s doorstep with a letter from Papin. The letter says that Babette has fled from Paris, where her son and husband have been killed in the French uprising. The sisters take her in and the gentle Babette works as a housekeeper for the next 14 years, until one day, a letter arrives, informing Babette that she has won 10,000 francs in a lottery. Babette might soon leave the sisters, so she requests to cook an exquisite French dinner for them and their religious sect, in honor of the revered minister’s 100th birthday. 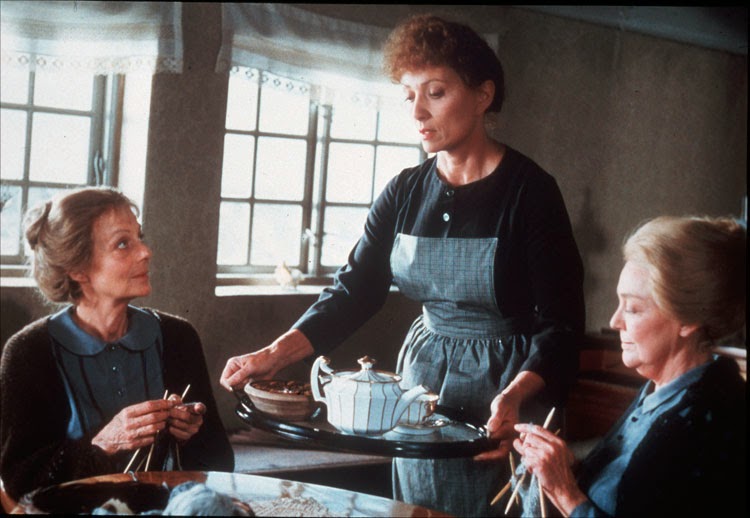 Veteran Danish film-maker Gabriel Axel takes a very subtle and observant approach in ‘Babette’s Feast’. He showcases that the villagers’ moral uprightness have resulted in small-minded fights as they bicker each other, but he never parodies the town folks. He doesn’t use their religious piety to tag them as ignorant and mean-spirited people. In a way, we feel for these parochial elderly people, who in their pursuit of spiritual knowledge haven’t lived the life to fullest. On the other hand, we see two young men from the rational world. They also have a feeling of emptiness, since they couldn’t embrace the spiritual elements. But, Babette is rich in every manner, although she has lost people whom she treasured “Artists are never poor” says Babette). She is portrayed as a Christ-like figure and her feast (a Last Supper-like dinner where there are 12 at the table) slowly erases away the disgruntled feeling of towns folk and others. They renounce the human shortsightedness and pettiness over the course of the feast.

The film’s third-act (the feast) could be enjoyed to the fullest, even if you ignore the Christian symbols. The feast scenes might put a gentle smile on your face. Earlier, when Babette brings in bottles of wine and large turtle, Filippa has a nightmare and proclaims to her religious sect that the dinner is a ‘witches sabbath’. She asks them not to react to their sensory pleasures at the dinner table. However, over the course of feast we gradually see the stern-faces of these folks reacting to the culinary tastes. They eventually realize that a fine food and wine doesn’t endanger one’s spirituality (“Righteousness and bliss have kissed each other” says the dinner’s special guest General Lowenheim). Once again in these scenes, the film-maker only makes us laugh at these good people’s silliness and fear, not at themselves. 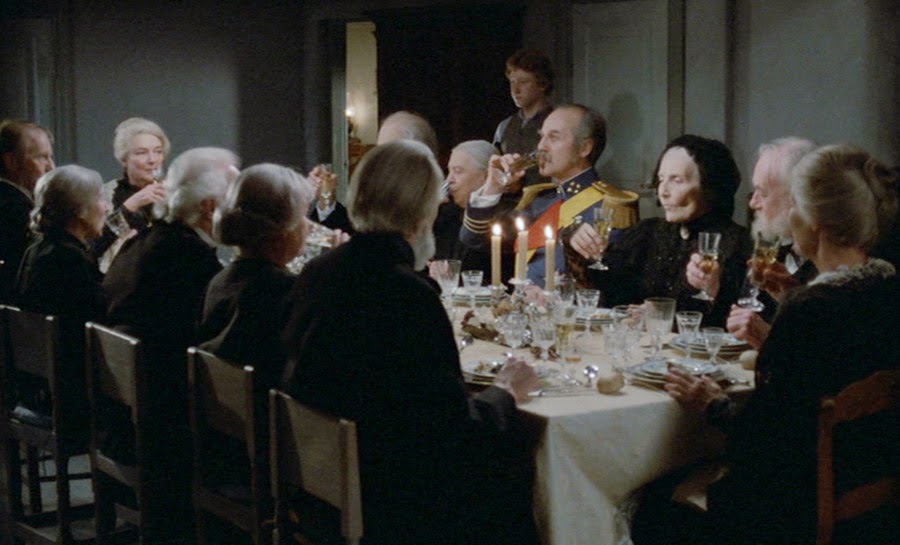 Bodil Kjer and Birgitte Federspiel as the aging sisters subtly bring out all the melancholy, pain of loss and love they have experienced in their lives. However, Stephane Audran dominates the film with her restrained performance. As Babette, she exudes gentleness as well as authority that undercut all the rigidity. Cinematographer Henning Kristiansen gray visuals of humid Danish coast seems like a nod to Ingmar Bergman. The camera work in the titular dinner scenes travels closely to etch out the joy in the characters’ face. Some of the sweeping rural vistas are framed like a renaissance-era paintings. 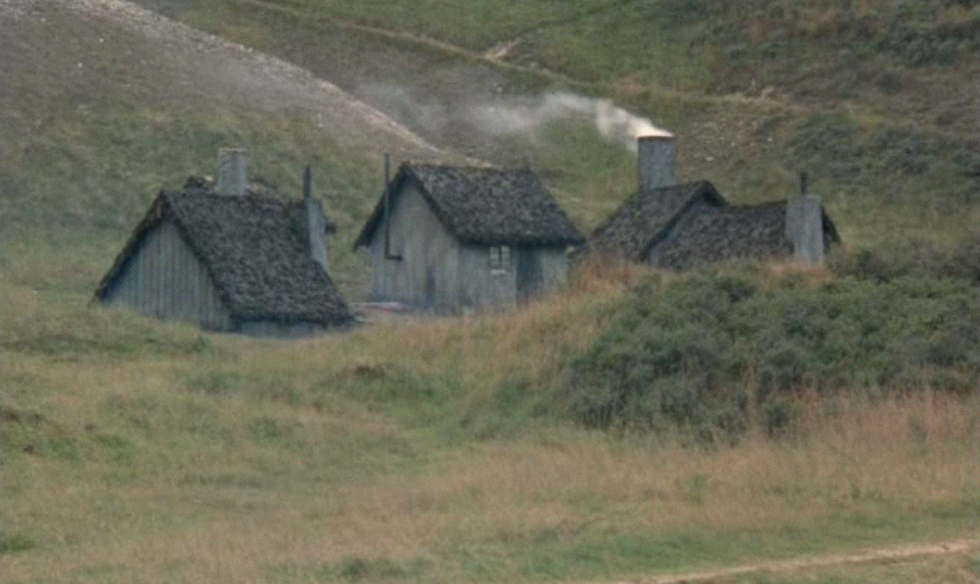 Although the movie’s feel-good nature have earned the name, ‘award-bait movie’, “Babette’s Feast” (104 minutes) is a truly nourishing cinematic experience. It is a timeless parable that depicts how food is important to enrich our soul.

This is the next movie I had planned to watch :) Last week watched Lemon Tree...