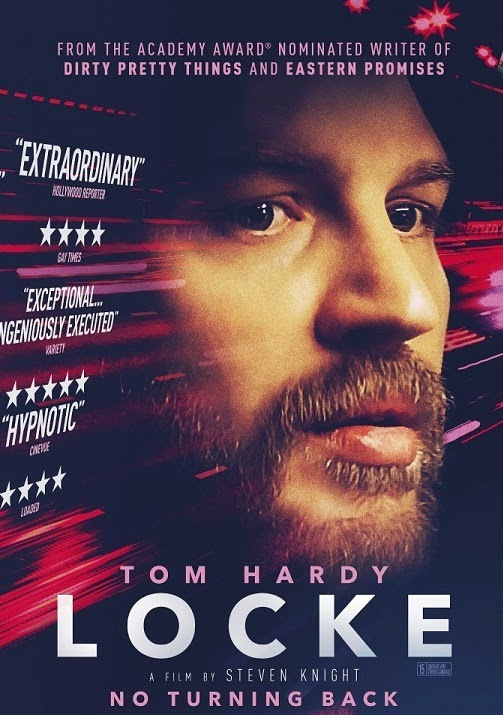 ‘A man alone in his car for 90 minutes, connecting with voices of mates and family through a mobile phone’ may sound like a plot of an experimental movie or a ‘heist gone wrong’ thriller, where our protagonist is being chased by lawmen. In Steven Knight’s “Locke” (2013), British actor Tom Hardy drives and talks for more than hour-and-half, but it neither too experimental to comprehend nor a cheap-jack car-chase thriller. The events in the movie are never taken far beyond out protagonist’s windshield, but there is enough dramatic tension to keep us engaged. ‘Locke’ is an elegantly narrated film about accepting the consequences of our mistakes and the changes that is associated with them.

Like the famous English political philosopher John Locke, Ivan Locke – our hero – is also a rationalist. He wants to face his life-changing mistake. He wants to do right by all his co-workers and family members, and also to hold chaos at bay. When we first see the thick-bearded Locke, he seems to leaving his work (late evening) at a construction site and gets inside his BMW car. He is about a take a 90 minute trip to Croydon from Birmingham. On the journey, he makes a series of calls on his in-car telephone and gradually we learn that this guy is under fire several fronts. Locke, the construction worker, has left the building site, where he has to supervise a major high-pressure concrete pour in Europe (for a sky-scarper). 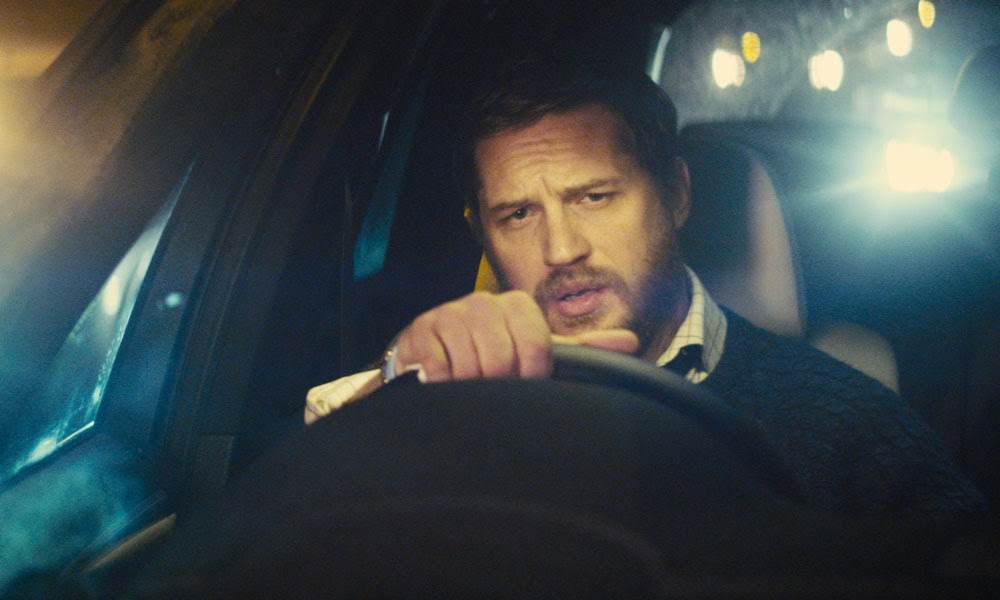 He receives a phone call from Bethan, telling him that she has gone into labor. Bethan is the reason for this journey. He then calls his boss, listed among his phone contacts as ‘Bastard’ to tell that he might not be available for the concrete pour. Later he calls his home to tell that he won’t be home to watch the soccer match. He also tells his gleeful sons, Eddie and Sean to call when their mother, Katrina comes back from shopping. Meanwhile, Locke’s boss goes berserk after knowing that he is not at the site. Locke calls and assists the miffed, alcoholic crew chief Donal to check the specific grade of concrete and to see that all roadblocks are arranged. When wife Katrina calls, Locke confesses about his infidelity with 40 year old assistant, Bethan and that he is going to attend that woman, who is giving birth to his child.

Steven Kinight’s screenplay is meticulous and is allowed to unfold at its own pace. Knight’s central character is a familiar guy – a competent workaholic who uses the same practical tones between a panicked boss and jubilant sons. So, infusing life-changing dilemmas into such an ‘everyman’ character easily resonates with us. Although the basic story might seem dull or gimmicky, Knight forces us to put ourselves in Locke’s position, where every choice only leads to damnation. The drama is also more internalized and mostly veers away from using noisy, annoying exchanges. Locke often spews resentful words about his father who had abandoned him as a boy. This adds a perspective on why Locke wants to do right thing at a great personal cost.

Steven Knight’s first directorial attempt, “Hummingbird” (with Jason Statham) had an interesting idea, but it was a below-average film, lacking subtlety and slipped into the confines of a typical Statham fare. He has improved a lot in style, in ‘Locke’, as the proceedings are infused with the tension of a bank heist. Knight has shot the picture for five consecutive nights, with Hardy inside a car that was carried away by a truck on the highway. The voice cast called Hardy from a hotel (the calls are all genuine). This method of shooting and spliced final cut has perfectly brought out the compressed nature of the story.

Tom Hardy has previously used his husky figure to play dangerous, violent man (“Bronson”, “Warrior”, “Dark Knight Rises”), but here he is cast against expectations, in an everyman role who rarely raises his voice. Hardy’s melodic, lyrical voice and angry monologues radiates the character’s inner pain. He gracefully conveys the fear, confusion, and resignation through the phone conversations. Look out for Hardy’s stunning expression, when his kid excitedly jabbers about how they are going to sit and watch the recorded football match, when he comes back to home. Tom Hardy might attain stardom after the release of next year’s ‘Mad Max’ reboot, but this is the kind of role that showcases the extent of his talents.

“Locke” (85 minutes) is a brilliantly executed film that depicts how one mistake could determine the path of our life’s journey. It is about a man seeking rehabilitation through patient will and reason.

I'm not much of a movie buff, but your piece was an interesting read.

This is one of the best films for me this year. Next to Blue Ruin. I'm yet to write about it. Will review soon. It presents so many different perspectives of handling a mistake

All you need to do is shoot a 1-3 minute movie using your smart phone
(only), edit it and upload it on our contest page or share the youtube
link.

So, are you ready for your next big Bollywood break? Participate here:

I have only seen Tom Hardy as a muscle flexing macho character; now after reading your review, am eager to watch him play an ordinary family man in an emotional drama. :)