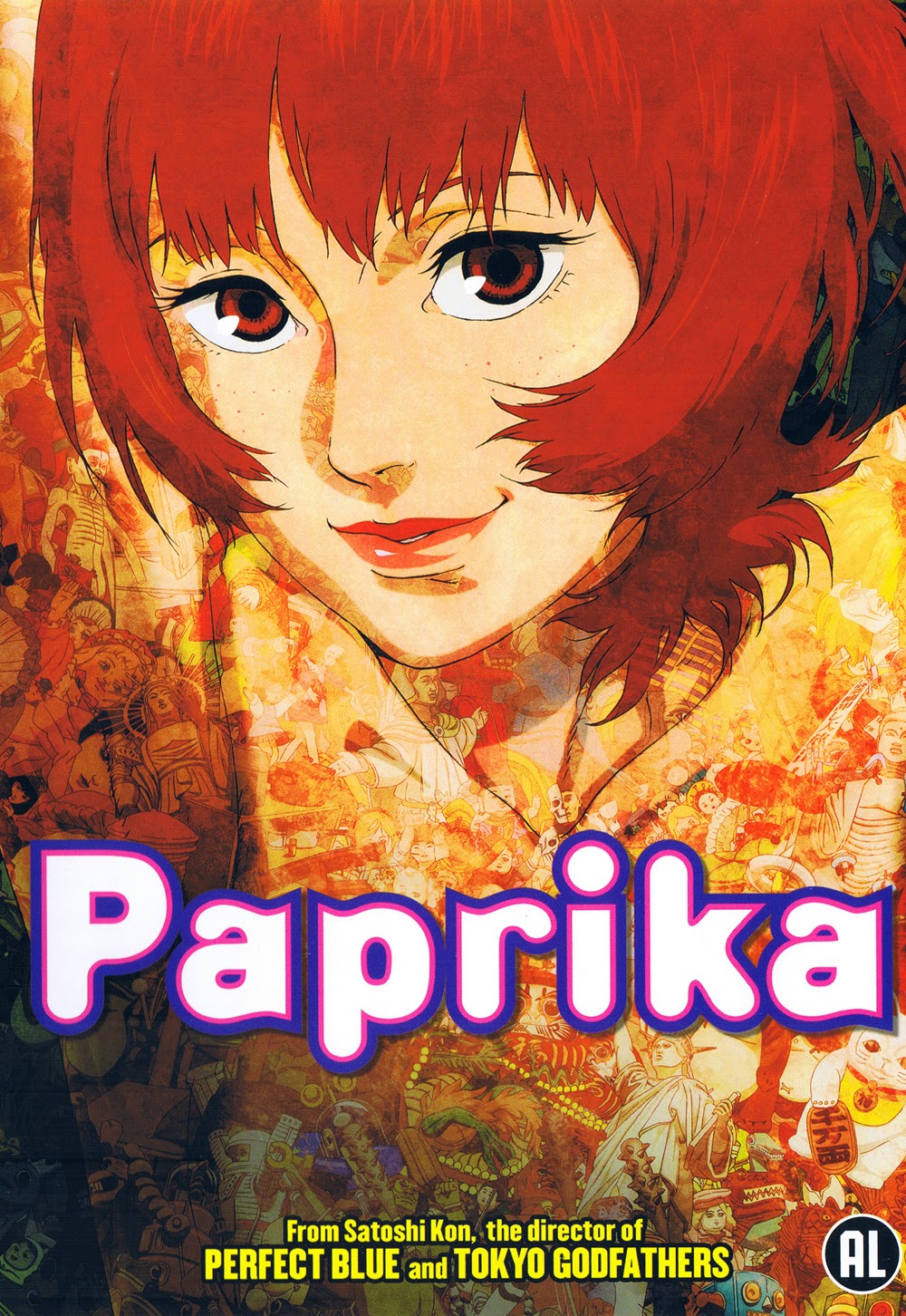 Japanese anime film-maker Satoshi Kon – director of “Perfect Blue” and “Tokyo Godfathers” – is famous for his philosophical digressions and masterful visuals. His movies offer a chaotic and less forgiving world than the universe of anime master Miyazaki. However, you could find unbridled beauty within those images. All his films are a form of dreams. “Paprika” (2006), the meta-thriller is his most dreamy trip, where the lines between dreams and reality blur. The film mixes several genres, borrowing ideas from the stories of Philip K. Dick and from movies like “Blade Runner”, “Until the End of the World” and other head-cracking anime.

“Paprika’s” storyline is something you might have read or seen numerous times. It imagines the damage caused by an uncontrollable machine. But the journey into this labyrinthine of visuals is very challenging and at times disturbing.  The film also differs from Hollywood sci-fi thrillers because the lines between good and bad guys are unfathomable. The McGuffin in “Paprika” is the ‘DC Mini’ – a head-phone like device that allows recording a person’s dream. The story is set in the near future, where a psychiatric institute uses DC Mini as a therapeutic aid. The use of the device is not fully approved, but a female shrink Dr. Atsuko Chiba is using it on her patients to help them. She enters her patient’s subconscious mind through her sexy alter ego “Paprika”. 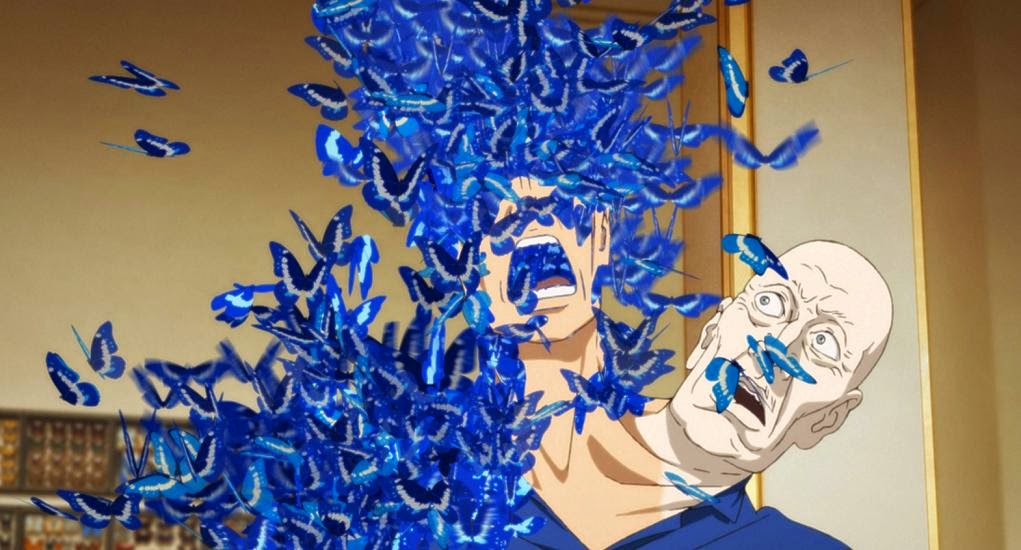 Detective Konakawa, who experiences serious nightmares, gets help from Dr. Chiba through this dream therapy. Soon, the DC Mini’s are stolen from the office by people who are against this technology. They want to maintain the purity of dreams and so they use it with a malicious intent on the creators of this device. The mysterious villain traps his victims inside the torturous dreams as the victims fail to realize the difference between reality and dream. Konakawa helps out to find the missing gizmos as Paprika wanders through the dreams of adversaries to free the victims.

Nolan’s thought provoking blockbuster movie “Inception” is inspired from anime like “Paprika”. At certain points, characters escape from dreams only to realize later that they are still trapped in other’s dream. A collective dream is shown in the film which threatens to totally obliterate the reality. In this collective dream flute-playing frogs, evil doll, home appliances and various machine parade through the streets of Tokyo. This collective dream might represent the collective subconscious of people, where everyone is a consumer or it can be seen as a critique of consumer culture. Though the storyline isn’t hard to follow, the visuals in the third act go bonkers as the disjointedness of dreams enters the adequacy of reality. 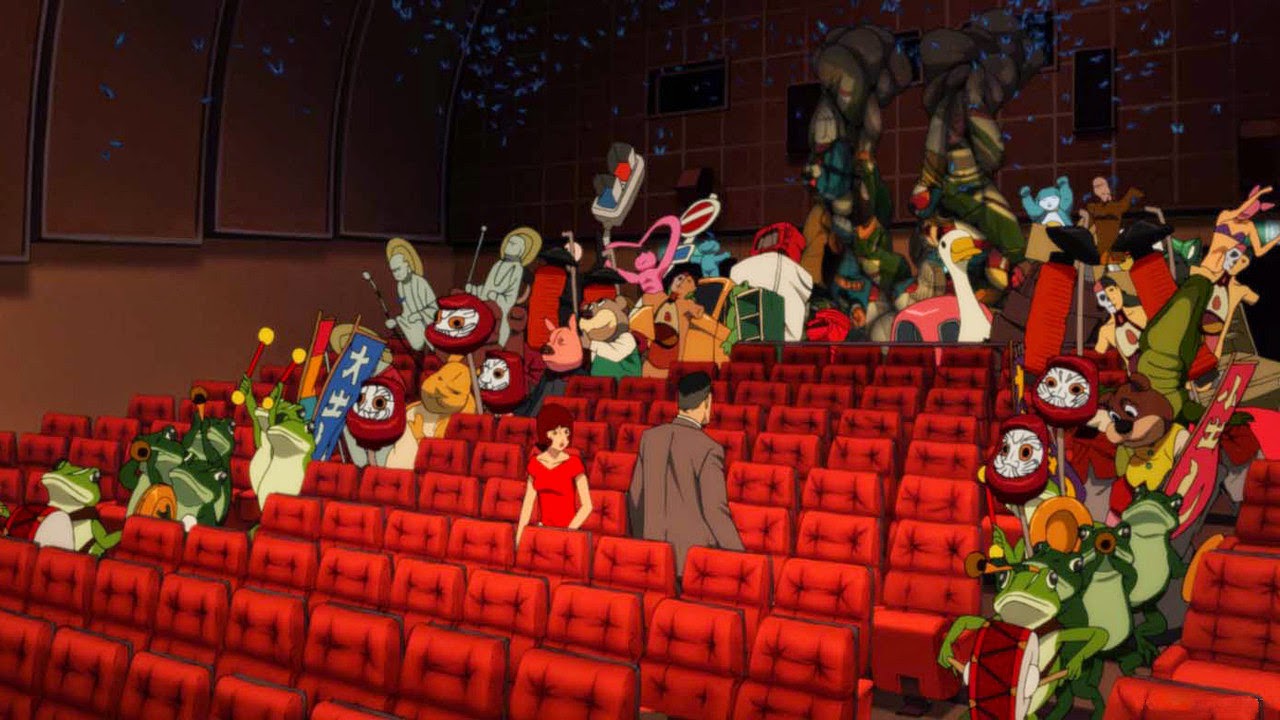 Earlier in the film, Dr. Chiba says that REM cycles – recurring sleep state – first produces images like artsy short films and the later cycles produces epic blockbusters that moves faster. Satoshi Kon infuses both these types of imagery by echoing our mind’s eerie thought process. Throughout the film, Kon draws heavy parallels between our dreamy state and movie-watching state. He is also concerned about the way technology promises to bring closer, only to isolate from their closer ones.

“Paprika” (90 minutes) pushes the virtues of anime and tackles a variety of subjects. This adult-oriented animation may put-off those who are reluctant to join the head trip, but its surrealistic imagining are absolutely wondrous.