Belle -- A Thought-Provoking Period Drama on Racism and Sexism 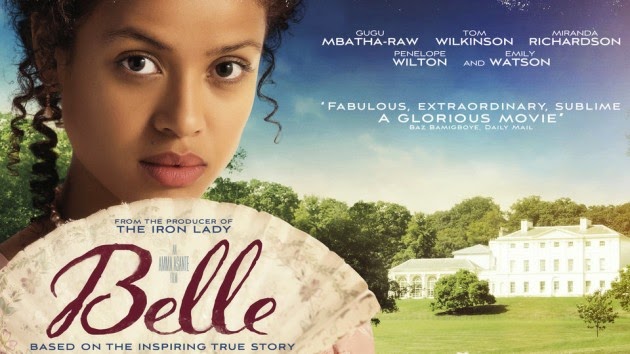 In the opening scene of Amma Asante’s “Belle” (2013), a British Naval officer (Matthew Goode) enters a dingy place and shockingly takes his hats off to pay respect to a black woman and a girl. He remarks, “How lovely she is. So much of her mother”. This scene conveys us that it’s not just another period piece about 18th century racism. And our beliefs are not ruined until the last image of film, where a portrait (drawn in 1779), shows two young women standing side by side in a garden. This period drama uses concepts that are familiar from Jane Austen books and also laces it with an anxiety-filled historical episode. As in many of the ‘based-on-true-story’ movies, ‘Belle’ also has fictional enhancements, for the sake of providing dramatic tension.

Dido is the child of a slave and a British naval officer John Lindsay. After the mother’s death, the young girl is snatched from the slums by her father and left at the care of Lindsay’s Great Uncle Lord Mansfeld (Tom Wilkinson) – Britain’s Chief of Justice. The Lord and Lady Mansfeld (Emily Watson) are initially reluctant to raise a mixed-race love child in their aristocratic world, but they eventually accept her, although she isn’t allowed to dine with family when guests are being entertained. Dido (Gugu Mbatha-Raw) grows alongside another castaway child, Elizabeth (Sarah Gadon). Elizabeth is like a surrogate sister to Dido, but when they both reach a marriageable age, complication arises. 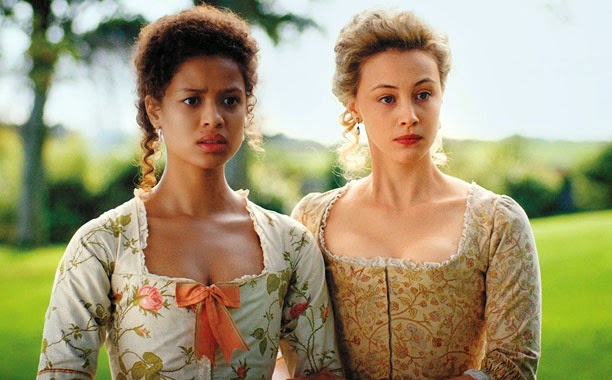 Dido’s father dies at sea, leaving her a sizable amount of dowry, but the prospects of finding a husband  remains slim. Elizabeth has a status, thanks to her color, but not a penny to her name. A wicked Lady Ashford (Miranda Richardson) comes with her sons – James (Tom Felton) and Oliver (James Norton) and possible suitors for the girls. Lady Ashford is a shameless social climber, and her younger son Oliver woos Dido, partly because of her dowry. But, Dido is smitten with John Davinier (Sam Reid), an idealistic young man, studying law under Judge Mansfeld. Through Davinier, Dido also comes to know about the case of Zong slave ship massacre, on which Lord Mansfeld is soon about to pass the judgment. The case also opens Dido’s eyes about slavery, which she experienced from a distance. 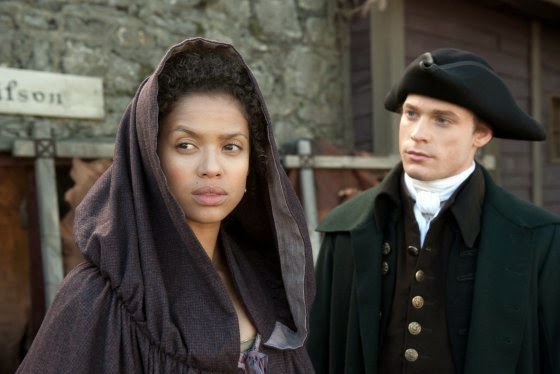 ‘Belle’ is not about being black in the 18th century; it is also about state of women era. Although, in the environment of status and property, these white women lead a rich life, they are eventually auctioned off to the highest bidder. A beautiful woman without dowry money is eventually cast off from the rich people’s social circles. The script by Misan Sagay shows how men of that era used women to climb socially and slaves, in terms of wealth. However, the script has enough restraint to not show that every man is incapable of love. Tom Wilkinson’s Lord Mansfeld is created with such complexity. His character legally tries to evaluate the value of human life, while at the same time he is portrayed as a kind and loving uncle. Another charm of script is the way it portrays the relationship between Dido and Elizabeth. The only defect in the script is that it creates a filmsy antagonism, at the start between Dido and Davinier. 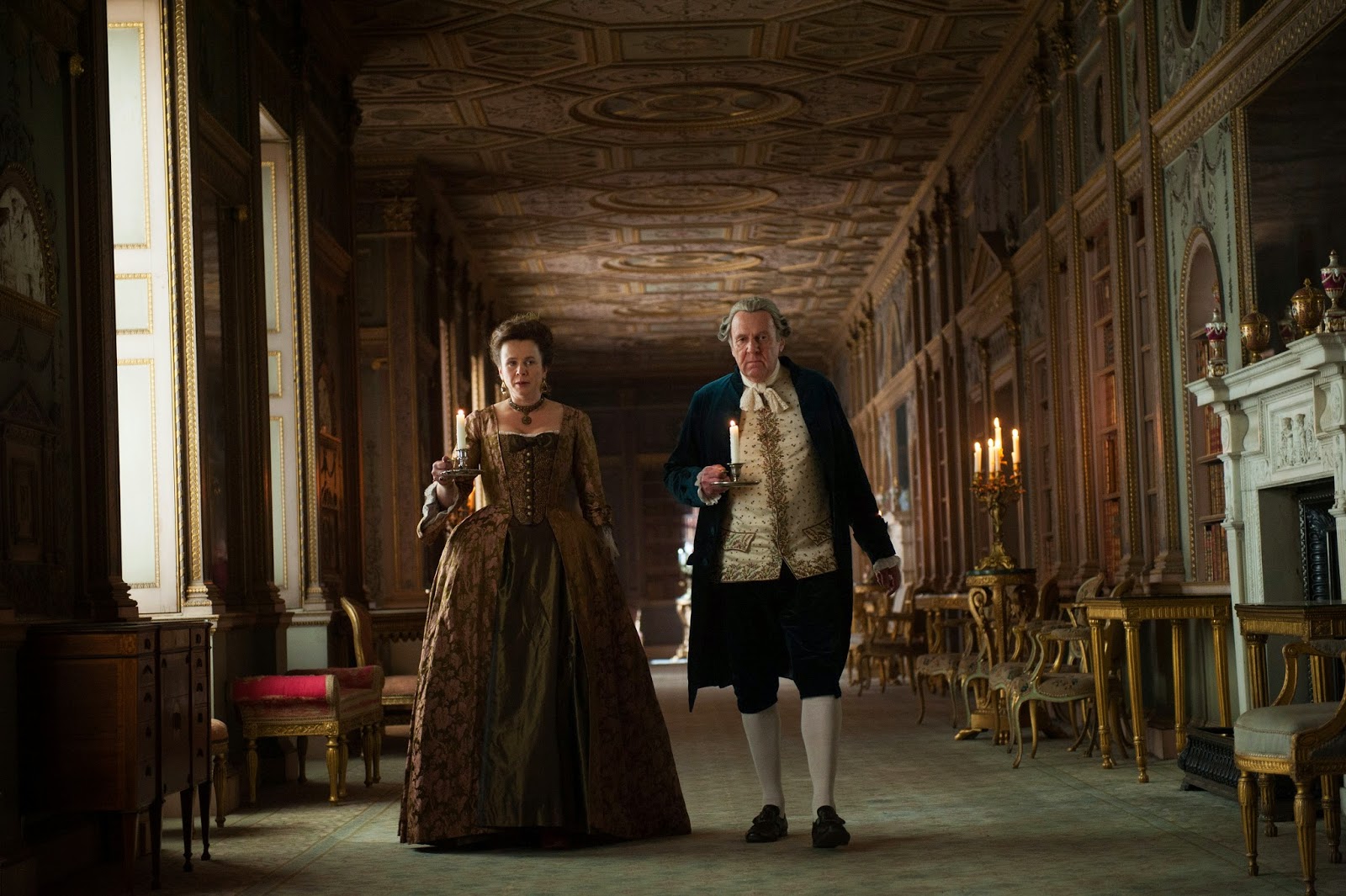 Amma Asante, unlike Spielberg’s ‘Amistad’ (1997), never shows a ghastly flashback to what actually happened in the slave ship, but the director creates the terrifying, sickening effect in a subtler and more powerful way. Some might feel that the movie is very mild in matters of slavery, but such regular depictions would have only given us one-dimensional characters that can be easily judged. The movie obviously has its share of weaknesses. Nonetheless, these flaws overcome to an extent by the gifted actors. The luminous Mbatha-Raw gives a delightful performance as Dido and Tom Wilkinson elegantly walks through the various shades of his character. Penelope Wilton and Emily Watson have less to do, but they inhabit their characters with telling nuance.