Frank -- What's Going On Inside 'That' Head? 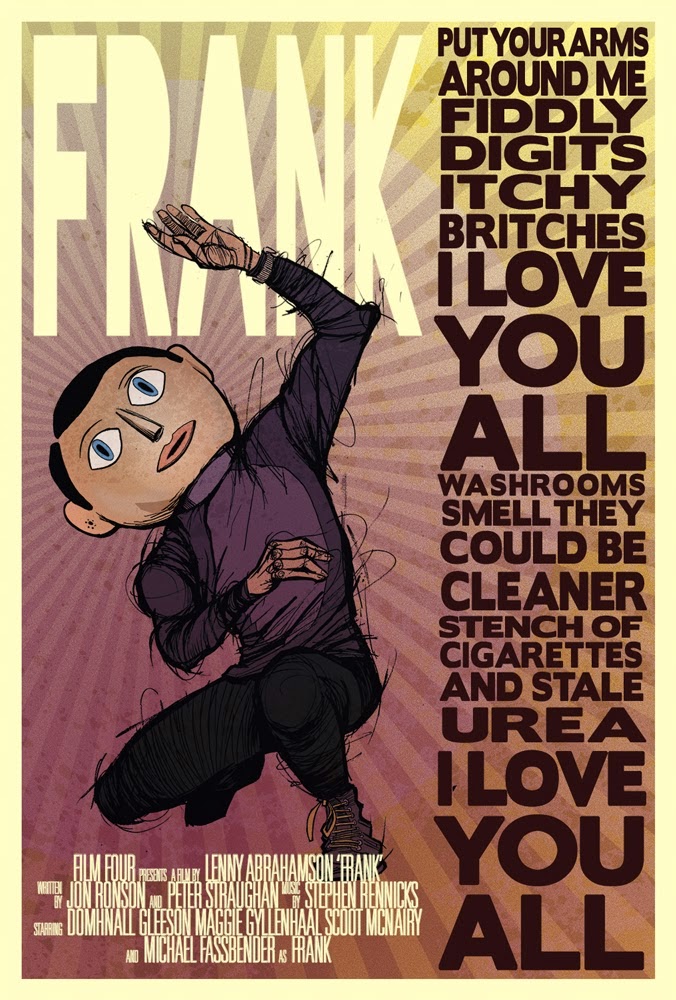 Late comedian and pop star Chris Sievey, one day popped up a giant papier mache mask on his head, became ‘Frank Sidebottom’, and tried to sing songs that were totally odd and eccentric from the regular ones. His music was said to be bit annoying and has only enjoyed an outsider status till his death. British film-maker Lenny Abrahamson’s “Frank” (2014) – the title character – wears such a giant head mask and is the leader of an unutterable avant-rock band called ‘Soronprfbs’. ‘Frank’ isn’t a biopic of Sievey, although the script (written by Jon Ronson) was loosely based on the writer’s brief stint as touring keyboard player with Sievey’s ‘Oh Blimey Big Band’. A-list Star Micheal Fassbender plays ‘Frank’, hiding himself behind that giant head mask, and the movie is an entirely different kind of beast; one that is bizarre, audacious and unpredictable.

The film starts in the most amusing manner, as the aspiring musician Jon (Domnhall Gleeson) tries to come up with a song, while staring at different things in his dilapidated coastal town. He sings different deplorable, uninspired verses to himself, throughout the day (“Ladies have babies, that how it works….”; “Lady in the redcoat, what you doing with that bag…..”). Jon leads an uneventful life. He lives with his parents and has a boring desk job. However, his dream to become a musician comes true, when he meets the avant-garde rock band called ‘Soronprfbs’, whose keyboard player tries to drown himself in the beach. The band’s manager, Don (Scoot McNairy) immediately asks Jon to participate in the gig, that same night. 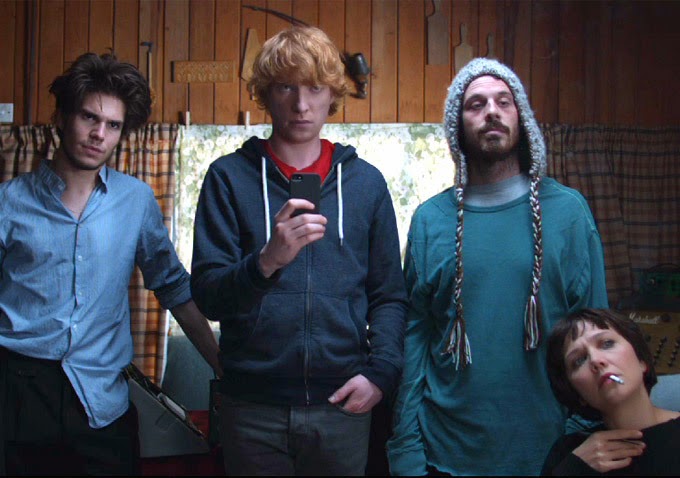 The crowd is minimal, but the Jon is enamored by the band’s mysterious leader Frank. The songs consist of random words, sung without any harmonic intent. Frank wears a pumpkin-sized fake head, and never takes it off. He sips only liquid meals, and even his band mates haven’t seen him without the mask. The band members are also as odd as Frank: theremin player, Clara (Maggie Gyllenhaal), who is prone to sudden outbursts; a distant French bass player Baraque (Francois Civil); and the stark percussionist Nana (Carla Azar). Don, the band’s manager, has been a resident of psychiatric hospital, where he has met Frank. Don also has a thing for ‘mannequins’. 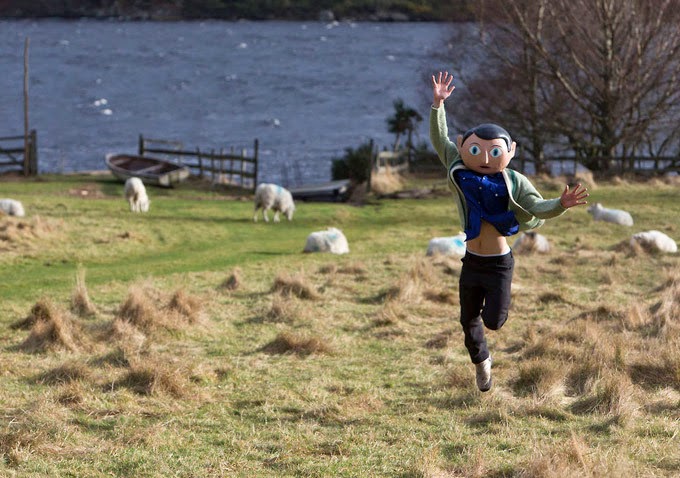 Jon immediately jumps on board, when the band decides to camp at Ireland to write and record an album. Frank’s obsession to attain a new musical scale, wrings out many days. When money runs out, Jon contributes his ‘nest egg’. Jon is convinced about Frank’s musical talents. He believes Frank’s talents have come from mental illness and miserable childhood (“Miserable childhood, mental illness … How do I find that sort of inspiration?”). After 11 months, without composing a single song, Jon is devastated, but belief that this is the miserable childhood he never had, and that this might lead him to write and compose excellent songs.


On the surface, “Frank”, might look like a light comedy, but at times it veers into the dark territory, where artist’s obsession leads to insanity. It is also a fine exploration of an artist’s grand vision that conflicts with his mediocre talents. The move takes on the myths surrounding pop singers. Jon believes that only mental illness or hard-won experience could give great talents that Frank boasts (conventional wisdom says: “great art is often created by troubled individuals”). He could never accept the fact Frank might be naturally good in writing songs. The movie is also about fame and the paradox it carries with itself. Jon blogs, and posts videos on ‘Youtube’, showcasing the band members’ eccentric antics. Slowly the fame, he envied reaches him through social media. He and his band is recognized, but only later it dawns on him that the fame haven’t made them out to be the  innovative musicians, but just as a band of freaks. 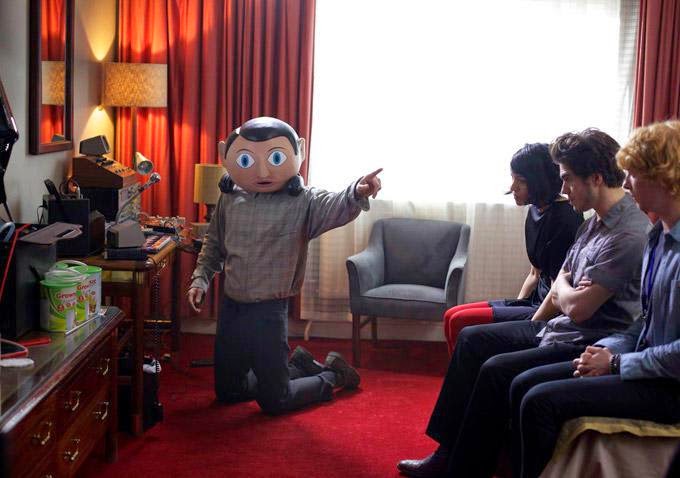 Fame is what changes Frank too, making him drastic. He wants people to like his songs and his band, but he isn’t able to handle the fame. This is where the movie asks that enigmatic question – what’s better for an eccentric, talented artist: to safely and satisfyingly work within a confined realm? Or tweak it a bit, giving the ‘likeable’ treatment, and in the process attain money and fame. The third act – the trip to America – seemed a bit conventional. It lacked unpredictability and the compelling nature of previous acts, but the ending was moving. It is also important to note that all the spiky songs (including the final one) were all performed live by the cast.


The performances are all uniquely excellent. There is an irony in seeing an A-list star hiding behind a mask for most of the film’s running time. However, Fassbender works wonders with his sheer physical presence. His perfect body language showcases Frank as an unbridled energy source as well as a puppet, waiting to be moved by its master. Gyllenhaal gives an excellent performance as Clara that is both passive and dynamic. She is the only character, who seems to understand Frank and that he can’t survive in the mainstream world.


“Frank” (95 minutes) isn’t a movie that caters to all tastes. It goes beyond being an eccentric comedy, as it profoundly examines the outsider or misunderstood art.