The Fallen Idol -- A Powerless Child in a Hefty Adult World 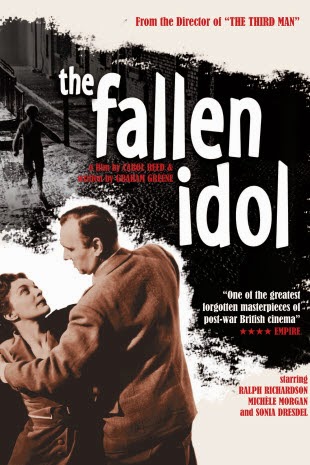 In our childhood, we might have felt the grandiosity of the adult world. Before losing all our innocence, we might come across the infallibility of our favorite persons (namely our parents). Truth and trust would be the words that might haunt a child, who tries to contemplate the adult world. British director Carol Reed’s subtle thriller “The Fallen Idol” (1948) gives such an insightful study about a child, whose ingenuousness is consumed by the burgeoning world views. The movie was based on 1935 short story “The Basement Room” by Graham Greene. The author has also written the screenplay and later went on to team up with Carol Reed for the classic film noir “The Third Man” (1949).

“The Fallen Idol” opens with a close-up shot of eight year old boy, Phile (Bobby Henrey). He sits at the staircase of top floor and watches his favorite butler, Baines (Ralph Richardson), who moves through that huge hall, trying to run the manor house. Phile’s enjoys a privileged life since he is the son of French ambassador to England. However, the boy spends much of his time on his own because his father is preoccupied with work and mother is in a hospital. As the film opens, ambassador embarks on a trip to bring his wife back to home. Phile, as usual, is left in the care of Baines and the condescending Mrs. Baines (Sonia Dresdel). 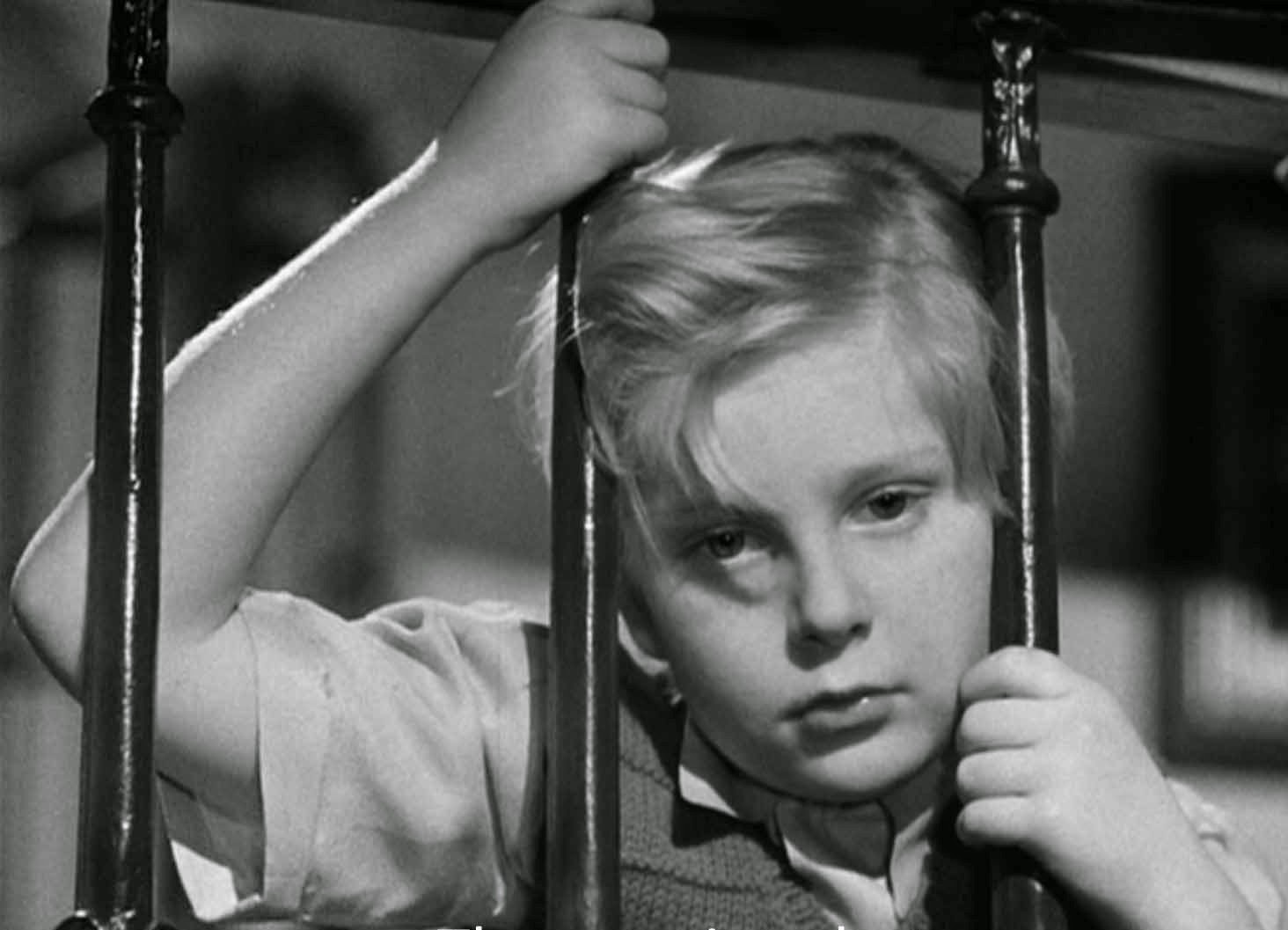 Phile idolizes Baines. He is like a father figure and also provides entertainment, tells grand adventure stories, and the significant thing is that Baines listens to the child. Apart from Baines, Phile’s most favorite companion is MacGregor, a pet snake, whom he hides behind a loose brick on a second-floor balcony. Mrs. Baines is the exact opposite of Baines. She is a bully who shows her anger on the boy and husband. Mrs. Baines punishes Phile to stay in his room for the whole afternoon. But, Phile after seeing Baines, from the balcony, taking a walk into the park, he goes after him.

Phile runs through the park and streets and finally finds him a café. Baines happens to be with Julie (Michele Morgan), a pretty young embassy secretary, who seems to be conversing and crying. Baines says that Julie is his niece, and Phile doesn’t care as long as Baines buys him sweets. On returning to the house, Phile is asked not to tell anyone about their meeting with Julie. Baines says it’s a secret only they could share. However, when that little secret is wheedled out of helpless Phile by Mrs. Baines, things take a turn. Phile is gradually pulled into the world of scheming adults. The secrets only bring out catastrophe and Phile witnesses a horrible incident. 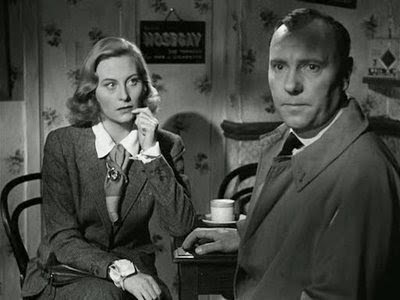 Graham Greene has initially deemed the story as unfilmable. However, Reed and Greene later partnered in to bring a tantalizing psychological study of a child, thrown amongst infidelity and murder. The themes explored in this movie were later structured wonderfully in some great movies like “The Spirit of Beehive”, “Cria Cuervos”, “Pans Labyrinth”, but the one thing that separates those movies from “Fallen Idol” is its slackened, farcical ending. In fact, the unhappy ending in the original story was changed. Although, Phile happily reunites with his parents, the ending is laced with sarcasm, as we don’t know how the child will then on look at the adults. 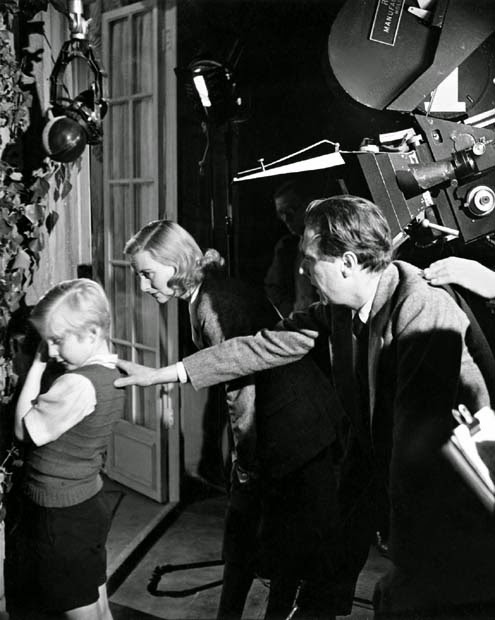 The joy of watching “The Fallen Idol” lays in the questions the movie raises about children. When Phile enters into café after watching Baines and Julie in the window, both of them carry on their lover’s chat, slightly ignoring the child’s presence. As a viewer, this scene makes us wonder about how much the child understood about this adult situation. Phile definitely grasps the mood (as Julie is crying, feeling bad about these secret meetings), and so when Baines introduces as her niece, Phile later replies: "Funny isn't it that Julie worked in the embassy, and all the time she was your niece”.

Reed and his cinematographer’s (Georges Perinal) elegant and stylized angels, set at the embassy, makes that place as one of the characters in film, hiding cold truths within its walls. The sharp high-angle and low-angle shots plus the shots of the staircases contribute a lot in maintaining the sense of danger. Initially, Phile watches the adults from the top staircase, and they all seem small compared to the vast space inside the house. Over the course of the movie, the space around Phile closes in, giving him a disturbing and burgeoning point of view on the adult’s world. The film also boasts some excellent editing, especially in the sequence when Baines and his wife argue on the staircase landing, as Phile runs down the fire escape, watching various stages in the couple’s quarrel.  Director Reed excellently constructs a performance out of Bobby Henrey. The child is a non-professional and perfectly behaves like a real nine-year old. He is annoying as well as sweet. 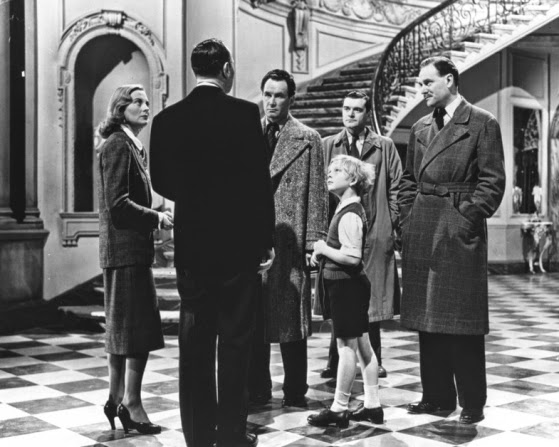 “The Fallen Idol” (95 minutes) is steeped in wit and compassion to showcase the moral ambiguity, prevalent in human relationships. The incisive direction and the deep-focus cinematography gives us a pleasurable movie experience.