Man on the Train -- An Atypical 'Mismatched Buddy' Movie 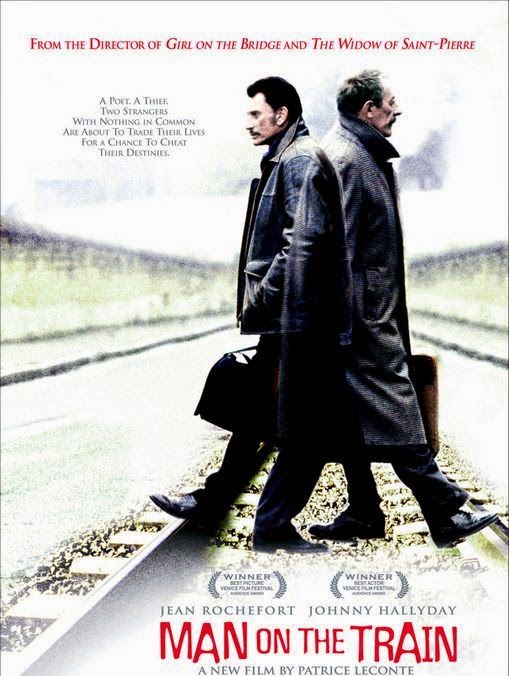 In the 1951 Hitchcock classic “Strangers on a Train”, two men with opposite temperaments form a dangerous alliance that shatters their life forever. Hitchcock’s identity-switching theme from this movie is taken by French auteur Patrice Leconte and turns on its head to give us a wonderful character study about two incompatible individuals, who forge strong (and unlikely) bond of friendship. Leconte’s “Man on the Train” (2002) possesses a plot that is used in many average Hollywood entries. It belongs to ‘buddy picture’ genre, except that the relationship is very subtle and less artificial. Leconte, the veteran French film-maker, who made intriguing movies like “Hairdresser’s Husband”, “Ridicule”, “The Girl on the Bridge”, and "Monsieur Hire”, imbues enough sardonic wit into the proceedings, primarily to plunder through the cantankerous cliches the movie could have had.

The movie starts with a man on a train, who gets off in a dull, less populous French town. The man named Milan (Johnny Hallyday) arrives to the town in November, when the hotels are closed due to lack of tourists. Although Milan is a Frenchman, he looks like an American Cowboy, who has come straight from the old Wild West. He wears a forlorn expression in his eyes and a fringed leather jacket. Milan’s profession is the one, the old cowboys loved to do. He robs banks. In fact he decided to visit this town to meet old acquaintances and to rob the insecure, local bank. 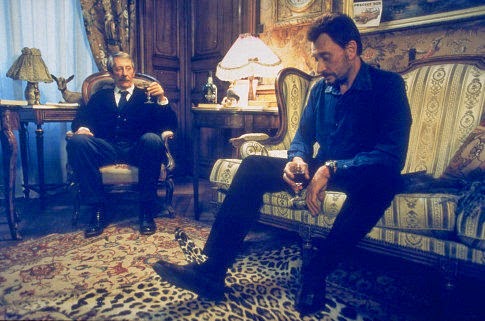 The ‘Clint Eastwood’ like drifter bumps into Mr. Manesquier (Jean Rochefort) in the local under stocked drug store. The chatty and friendly fellow Manesquier takes Milan to his rundown Victorian estate for a glass of water. Manesquier is a retired poetry teacher, who has lived alone in the huge mansion since his death of mother, 15 years before. Milan finds that the town’s only hotel is closed and so quarters in the huge home, and Manesquier is only too happy because he finally has a companion to talk. Milan is going to stay in the town till Saturday – the date fixed for bank robbery. In the same day, Manesquier will go to hospital for a triple bypass surgery. 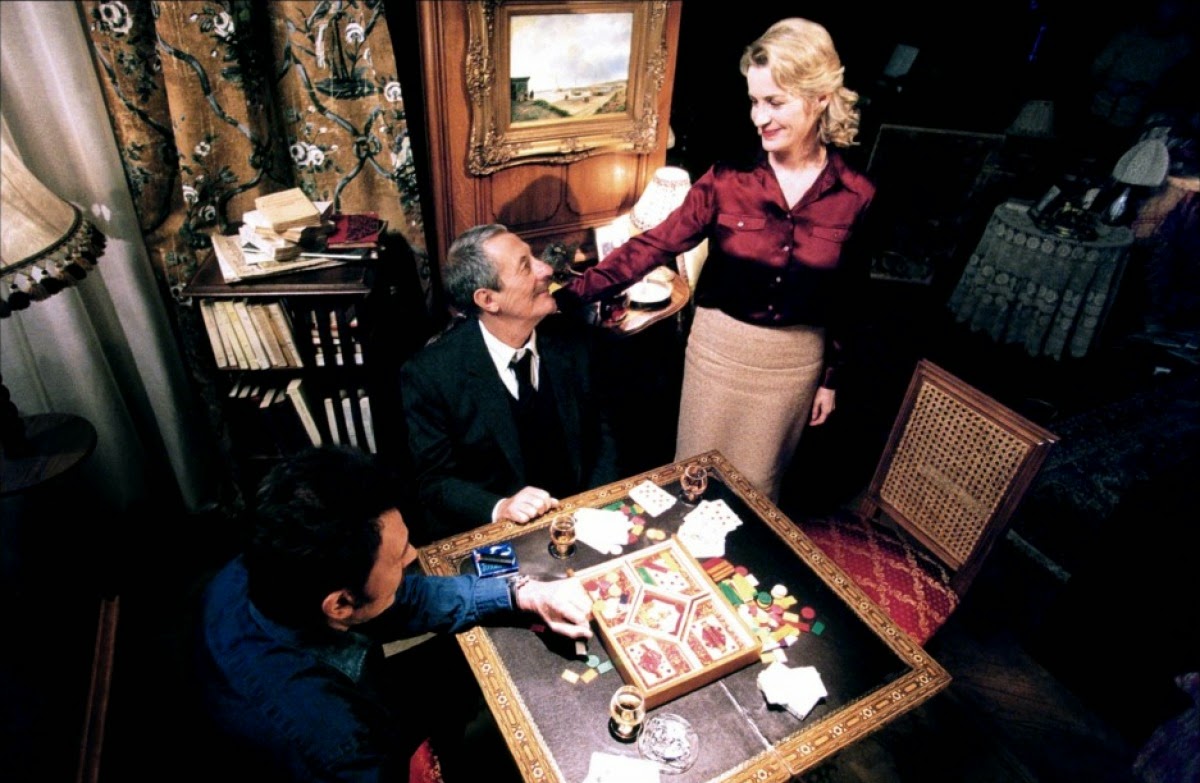 A genuine friendship gradually unfolds – they get drunk, tell stories, recite poems, and sit on the terrace gazing at the stars -- between two old individuals, even though at one point Manesquier guesses what is Milan’s profession. Both of the old guys, who have reached the end of line in life, discover in each other an aspect of life, which they wish they might have known. The ex-teacher, who has lived a predictable life, yearns for adventure and excitement, whereas the drifter desires the comfort and stability of a home.


Claude Klotz’s clever script sports through cliches and elegantly creates two contradictory archetypes, who might have had no tolerance for each other, had they met few decades earlier. The dialogues aren’t stodgy, and the two primary characters don’t judge each other. The ending might seem a little corny and overdone, but I liked the note of transcendence that happens within the imagination of two characters. May be Leconte and writer Klotz believe in the idea that a man’s destiny is fixed, no matter what. The movie features a delicious moment, where the retired teacher, slips into the jacket of his friend, and poses in the mirror, pretending to be a western hero. Similarly, the bank robber borrows slippers from the teacher (it’s the first time he wears the slippers) and finds a new comfort in wearing them. Such little transitional moments makes it a unique character study.

Director Leconte uses plenty of visual cues to present the script’s themes. He is interested in the old-school approach, where human interest, subtle cinematography and sensitive performance take precedence over the blindly entertaining fantasies. In one scene, the doctor who in the next day, going to perform the bypass surgery on Manesquier and Milan’s friend who came up with the robbery plan meet each other. They are sitting inside their car, in the crossroads, waiting for the signal to turn green. This scene sort of brings two men to stare at each other – the men who are about to change Mansequier and Milan’s immediate fate. These little visual motifs are what ultimately give us a haunting and satisfying movie experience.


The key to great character-pieces lies in the performance. And, in this film, both the leads are excellent. Veteran actor Rochefort perfectly brings out the portrait of a fussy, aging Gallic character. Stone-faced Johnny Hallyday, an iconic French pop singer in the 60’s, with his haggard looks, truly commands all the scenes he is in, with the attributes of an old western hero. The significant part in their performances is that they don’t eclipse each others acting style. They play their parts with honest conviction and easily make us to feel an intangible line that has brought these two polar characters together.


“Man on the Train” (85 minutes) perfectly taps into the emotional current of the ‘mismatched buddy’ genre by avoiding the regular unsavory, ridiculous tropes. It subtly brings out the yearning in the lives of two men past their prime.