Kontroll -- A Metaphorical Ride into the Metros 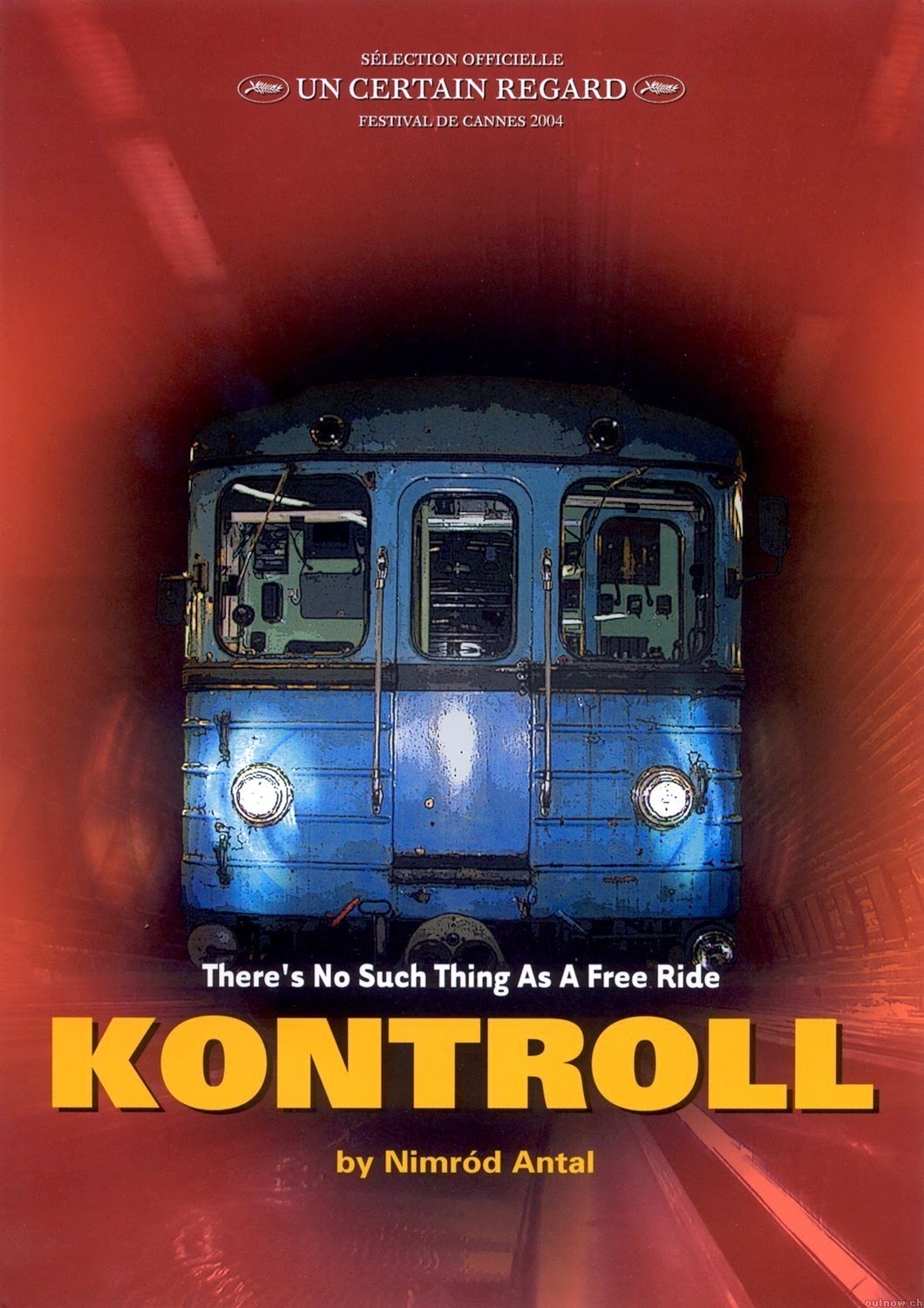 In movies, metros or tube systems are usually shown to establish the mundane lifestyle of a character. The same system is used to distill a fine action/adventure sequence, where the hero chases the villain or when the hero saves lives from the mitts of a deadly monster, living underground. US born Hungarian director Nimrod Antal’s “Kontroll” (Control, 2003) is about existentialism as well as has some good low-key action sequences, but the only difference is that , the movie is fully set in this neon-lighted underworld, where the subway system becomes a character in itself, than just being a mere backdrop. “Kontroll” is an allegorical journey (allegory of what? you would definitely come up with various theories in the end) that is more concerned with the atmosphere. It possesses a mystery at its center, and instead of answering the mystery, it only throws more questions (beguiling ones) at us.

The movie starts with a disclaimer of sorts, where a public transit official of Budapest reads from a clipboard that the movie might cause some unfavorable impression on subway employees. However, the same man reads that the film-maker’s intentions are only ‘symbolic’ and that the film’s themes are universal. I certainly don’t know the reality within Budapest Public Transit System, but Antal evocatively creates a setting with an intimate realism, which looks like a netherworld with its own rituals and culture. In this world, the ticket collectors (or ‘controllers’) are the cursed beings. They are not the clean, uniformed ones we usually see in films. These controllers are identified by a red-and-black armbands, and apart from collecting tickets, they also collect the citizens’ contempt. 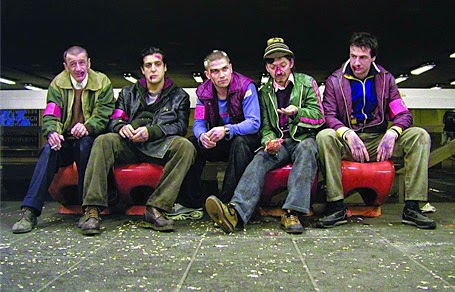 The controllers’ primary task is to maintain order in the metros and to make sure than nobody gets a free ride. Although on the outset it looks like an easy job, after looking at the drunks, weirdos and thugs, their task seems to be formidable. The movie centers on Bulcsu (Sandor Csanyi), the head of one of the ticket inspection squad. He seems to be hiding from his past life. He lives 24 hours inside the underworld, where he constantly fights off with other rival gangs of ticket inspectors. Bulcsu team has four unkempt, eccentric men: cynical, chain-smoking. Mucsi; a lanky, sort-tempered narcoleptic, Muki; a geeky new-comer, Tibi; and the short, blusterous Lecso.

These ragtag guys often engage themselves in absurd duels with riders, who hate any kind of authority. A pimp offers one of his girls, but refuses to buy a ticket; a tourists laughs off at ticket inspectors, hiding behind language barrier; sexual harassment shouts a woman, when asked for the ticket; a guy threatens with a syringe; and a woman puts even puts a curse on one of the inspector by blowing powder in his face. Amidst all this, Bulcsu’s team is constantly badgered by Bootsie – prankster and a fast runner, who likes to spray foam on inspectors’ faces. In such a crazy world, there is a sinister force – a mysterious black-hooded guy, who shoves passengers in front of oncoming trains. Bulcsu, at last finds his solace after meeting with a beautiful bear-suited young girl, Sfozi (Eszter Bella). Her angelic presence could be described as ‘light at the end of the tunnel.’ 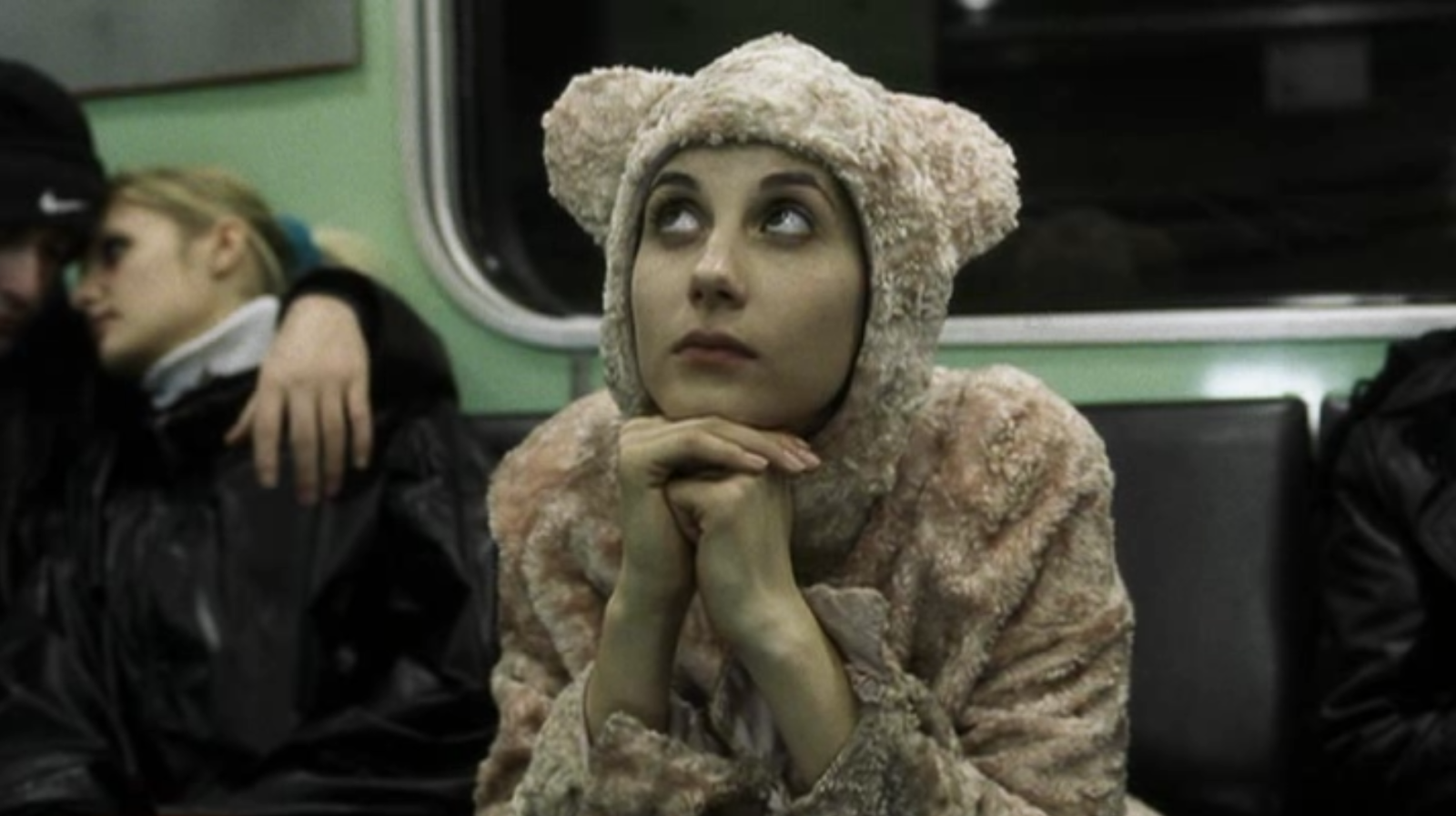 The articulate camerawork and fluid shots reminds us of “Run Lola Run” (1998), whereas the high-strung depiction of urban psychology is reminiscent of Scorsese’s “Taxi Driver” (1976). The disaffected characterization of Csanyi as the Bulcsu resembles the ones played by young Al Pacino (of ‘Serpico’ days), whom similarly outruns various kind of demons that lurks around every corner. Unlike Luc Besson (in“Subway”) or Joseph Sargent’s (in “Talking of Pelham One Two Three”), Antal efficiently imbues a layer of metaphysics into the plot’s mix of action, suspense, and romance. There are hectic foot chase as well as interludes, where Bulcsu (both symbolically and vertaibly) explores the subway’s depths. However, it is a sad fact that director Antal, after “Kontroll”, has only made generic average thriller fares like “Predators” (2010), “Vacancy”, and “Armored”. 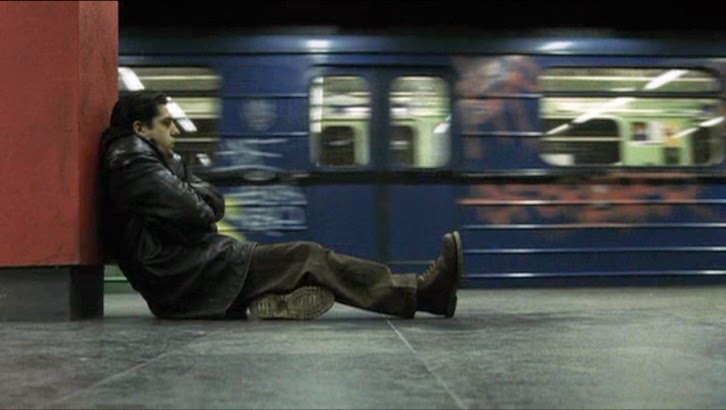 The metro system really forms a cumulative impact upon the viewer. When we see the trains coming in and out, its doors closing and opening in empty and filled stations, we feel a metaphorical significance. The subway becomes the symbol for a battered city, where its ceaseless, repeating pattern of actions makes the citizens weary of their lives. The deadpan answers of denizens to ticket inspectors might be reminiscent of Eastern European brand of sarcasm, but the people’s scorn for authority is universal (as if the scorn is the only thing that is keeping them alive). It is also important to note that the ‘controllers’ are shown as belligerent with the characteristics of bullies. However, the cause for belligerence is quoted earlier, in the film by a wise, chain-smoking guy: “If you’re surrounded by aggressive people, you run a risk of also becoming one – it’s like a vicious circle.”
“Kontroll” could be viewed as an allegory for hell, where a girl dressed like fairy saves our protagonist or it could be just ruminations on human existence, as in one scene, Bulcsu comes across a cement wall at the end of subway, which might harshly symbolize our life’s limitations. We never know about the real identity of Bulcsu and the serial-killer. There are theories that bring out a “Fight Club” like vibe to this mystery, but this open-endedness about the identities is what makes the film a compelling and grimy fable. 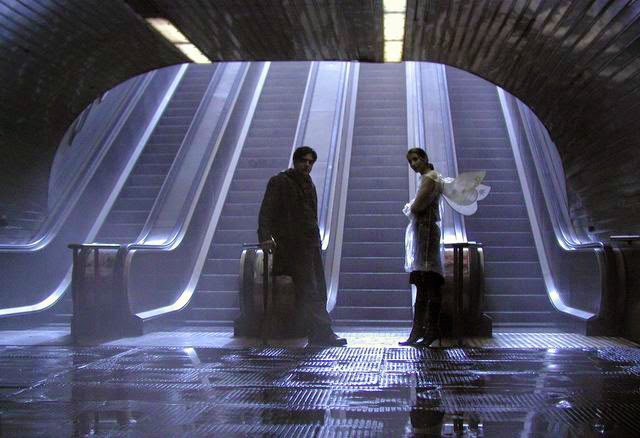 “Kontroll” (110 minutes) is a darkly comic existential drama with serpentine surprises. It is about persistent human beings, who lead an exhaustible life in a place where the sun don’t shine.

This movie really excites me. Thank you bringing it under my notice .