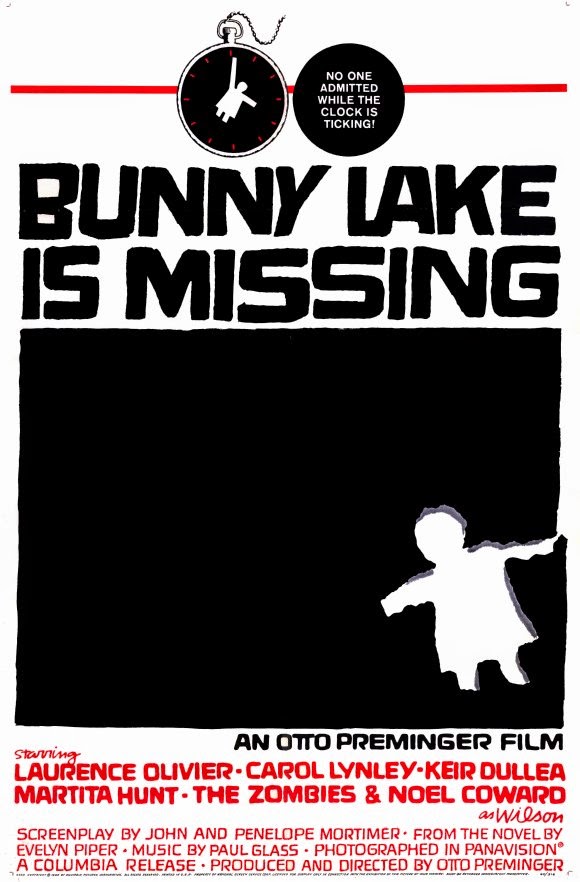 In his five decade career, Austrian-American film-maker Otto Preminger brought up fine works like “Laura” (1944), “Where the Sidewalk Ends”, “Anatomy of Murder”, “The Man with Golden Arm”, “Advise & Consent” (1962) etc. He was best known for his liberal thoughts and for constantly challenging censors by busting Old Hollywood taboos. Although, Preminger was hailed as a director ahead of his time, he found it difficult to stay on top as the cinematic landscape went through a rapid change in the 1960’s. In the mid 1960’s, he took a break from making star-studded dramas & sprawling epics (“Exodus”, “The Cardinal”) and went on to direct a little mystery/thriller, “Bunny Lake is Missing” (1965). Although, the movie suffered from a wacky end twist, it is one of rare Preminger work after 60’s to gain critics’ attention (but it was said to be a big commercial failure).

Preminger, after “Bunny Lake”, made eccentric comedies (“Skidoo”, “Such Good Friends”), light-hearted dramas (“Hurry Sundown”, “Tell Me That You Love Me, Junie Moon”), and even a spy thriller (“The Human Factor”), but these works neither acquired wide critical acclaim nor commercial success (Preminger retired from film-making in 1979). “Bunny Lake’s” lack of robust psychological undertones didn’t elevate it to the status, enjoyed by other classics of the era (like “Psycho” or “Whatever Happened to Baby Jane?”). However, its storyline is echoed in modern conventional, gimmicky Hollywood thrillers like “Flight Plan”, “The Forgotten” etc. 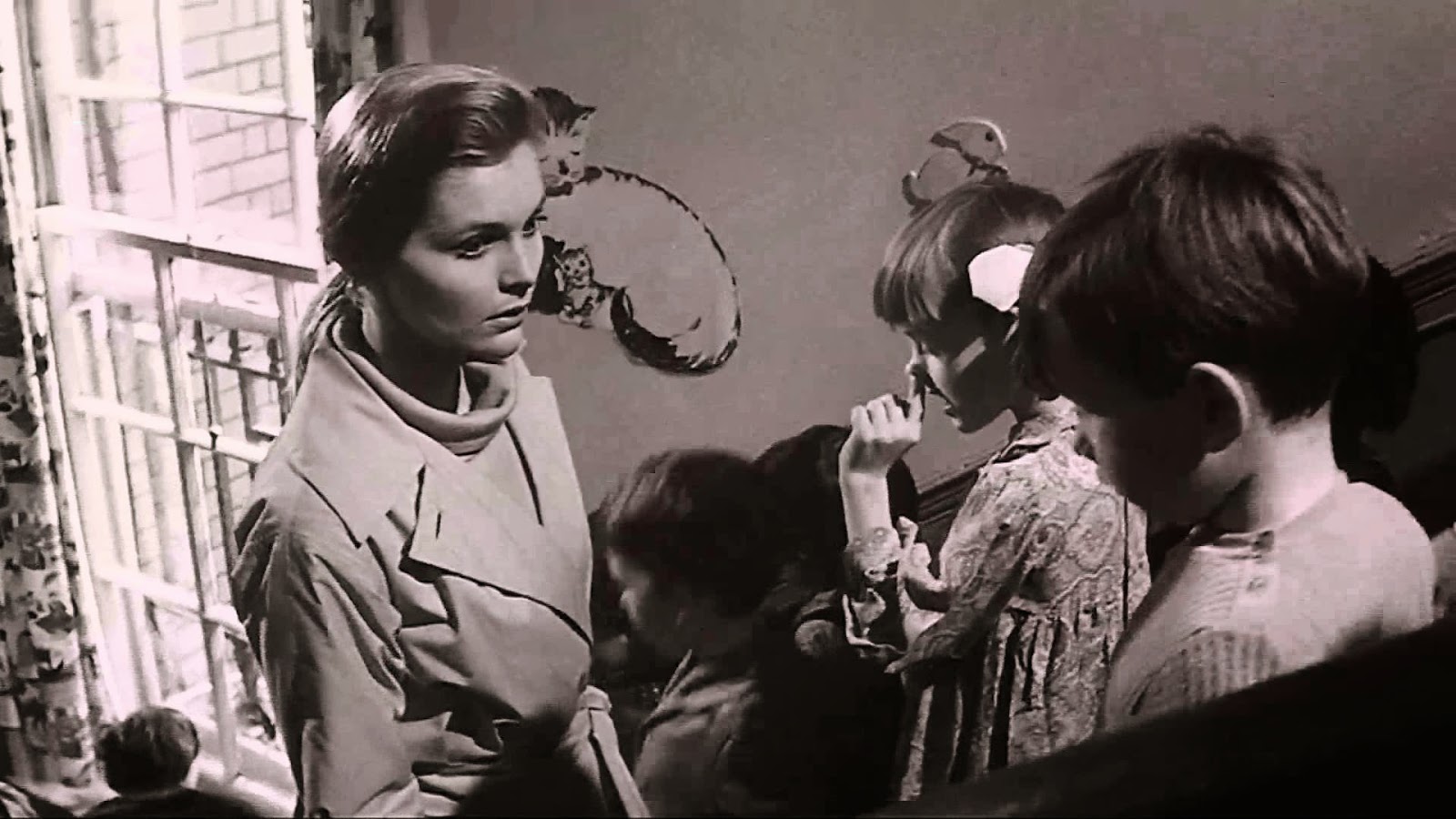 Young American single mom Ann Lake (Carol Lynley) has just moved to London with her daughter Bunny Lake aka Felicia, where she plans to live with her journalist brother Steven (Keir Dullea). Before the movers bring her stuff, Ann takes her 4 year old daughter to the new school ‘The Little People’s Garden’. We haven’t caught a glimpse of Bunny, but we see Ann shutting the door of ‘First Day’ room with her child inside. She searches the school premise for teachers or the woman to whom she spoke on phone to inform about her daughter, but no seems to be around, except for some distant singing of children. Ann eventually comes across sulking cook and she asks her to take care of ‘Bunny’ in the ‘First Day’ room. She hurriedly leaves the school anticipating the movers. 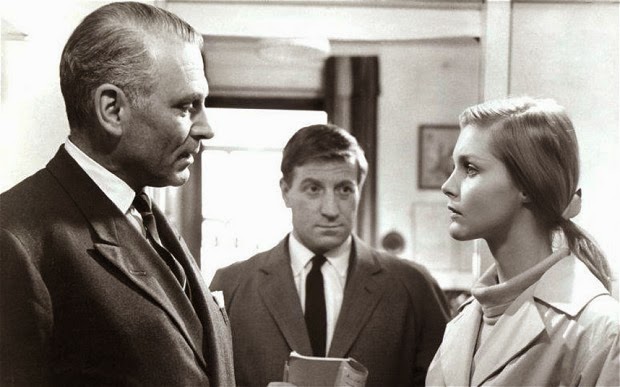 After taking care of the business at home, Ann returns to the school to pick up Bunny, but she’s nowhere to be found. It takes some time for the school management to take the disappearance issue seriously. The worst thing is nobody remembers seeing a child named Bunny. Ann immediately calls her brother Steven. They search through the apartment-house like school, which has a labyrinthine of large cupboards. Eventually Ann and Steven summon the police, and a gentle superintendent Newhouse (Laurence Olivier) takes charge of the missing/kidnapping case. The experienced Newhouse investigates all the parties involved and picks up little frayed threads from people’s response. Gradually, Newhouse doubts at the existence of a girl named ‘Bunny’. Ann and Steve couldn’t find single person in London to about Bunny’s existence. And, the strangest of all is that Bunny’s things (including passport) in the new apartment house seem to have vanished into thin air.

The impressive real locations and the polished, nostalgic black & white cinematography (by Denys Coop) are one of the strongest points for the movie. The spooky dollhouse hallways and the creepy interior decorations in the apartment render a perfect disorienting atmosphere for the mystery. The eccentricities and the creepiness seem to extend to most of the character sketches. The bizarre face masks look right at home as we see the snarky, lecherous landlord (Noel Coward). Coward is the uncanniest highlight of the film, especially in that scene when he funnily attempts to seduce the perplexed Ann. Ada Ford is another bizarre character, who lives upstairs in the school and record audiotapes of children, reciting their nightmares. Although the malicious potential of these characters only serves as red herrings, the actors who perform them make it as engaging as they could. 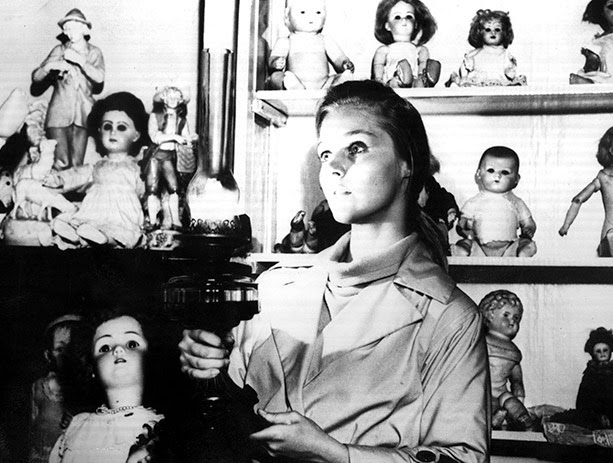 It does look weird that Ann doesn’t say goodbye to Bunny as she leaves the school (or may be she did off-screen), but little details like this adds authenticity to the non-existent theory. Yet, Lynley, no-so-hysterical performance as Ann restore some belief in the viewer that may be Bunny is real. It is hard to believe that a mother doesn’t think of ways to prove the existence of her little daughter, but that credibility issue is kept on-cover to an extent by the top British star Laurence Olivier’s elegant performance. As Newhouse, Olivier takes the investigation to far ends of both the possibilities. His character only redoubles the efforts taken, whenever the investigation hits a wall. The movies’s flaws could be attributed to some of blatant red herrings (Steven planting the seeds of doubt against his sister Ann) and the mildly enjoyable ‘insanity’ twist in the end. The constantly moving camera and the wavering expressions of Lynley in the denouement are compelling, but not the denudation of mystery itself. The final resolution not only looked weak & unconvincing, it also used mental illness in a most gimmicky way possible.

The plot trajectory of “Bunny Lake Is Missing” (107 minutes) is used to death by many average, B-grade thrillers, but the superior performances and director Preminger’s graceful execution, makes it a good flick for all mystery-lovers.

you always pick up such good ones for your review, Arun :-) thanks for sharing :-)