Faults – The Predicament of a Faulty Man 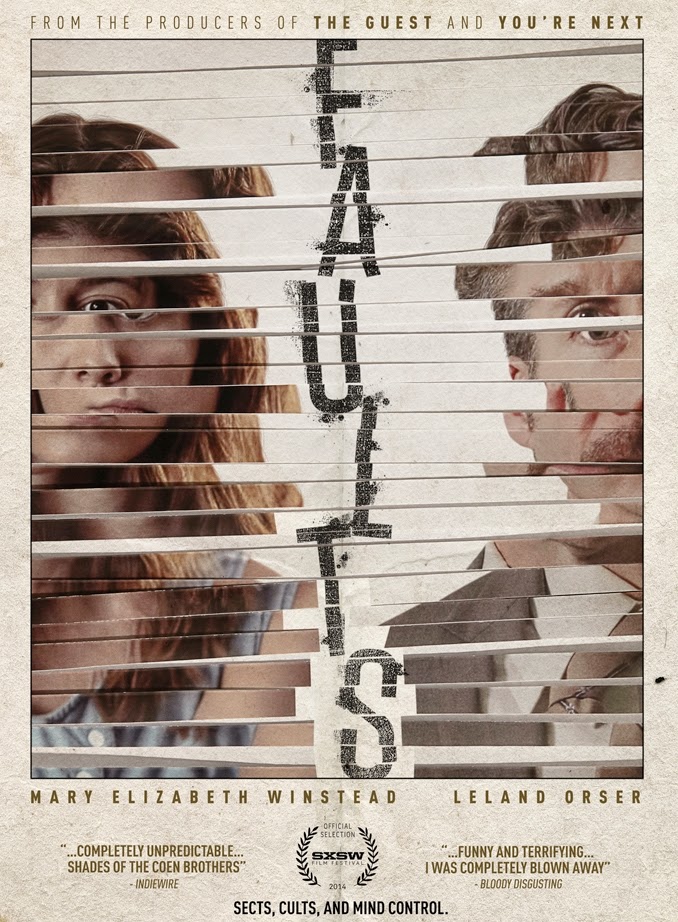 American Independent movies seem to be fascinated by the concept of ‘cult’ in recent times. We have had the enigmatic and philosophical “The Sound of My Voice” about a charismatic cult leader (Brit Marling) claiming to have come from the year 2054. There was this haunting psychological thriller “Martha Marcy May Marlene” (2011) about a young, damaged girl (Elizabeth Olsen) who suffers with painful memories after escaping from a cult. Ti West and Kevin Smith’s atmospheric horror-thrillers “The Sacrament” and “Red State” were also about mysterious cults. Writer-director Riley Stearns for his feature film directorial debut also takes the subject of cult, but in his “Faults” (2014), he approaches the same subject from a strangely funny point of view. The storyline has many predictable elements, but its intriguing message and the couple of fascinating primary characters keeps us engaged.

Ansel Roth (Leland Orser) is a middle-aged guy who has let his life walk all over himself. When we first see him he is in a restaurant of a posh hotel and attempts to pass off a voucher for the meal. The manager insists on cash since Ansel has used the voucher previous night. He pours ketchup on the plate and eats it with a fork, and the manager forcefully throws out Ansel. He then picks up a board announcing that Dr. Ansel Roth is there to introduce his new book on cults and mind control. He claims to be a leading expert on these topics to his disinterested audiences. A man gets up, physically and mentally humiliates Ansel for what he did to the man’s sister. The audiences doesn’t bother about this encounter and they remain serene as if they are attending a funeral. 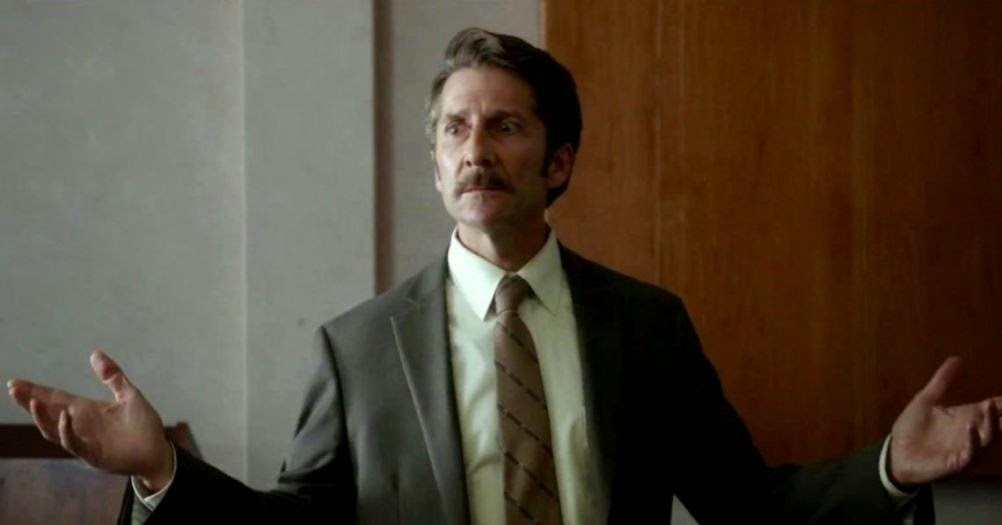 It seems that Ansel’s profession has died a long time ago. He is the guy who has had his own TV show and was author of a best-selling book. A professional scandal claimed all his wealth. His wife divorced him and got the rights to his best-seller. Eventually the guy lost his credibility and confidence. Ansel has become the man, who steals batteries from hotel room’s TV remote, and the one who asks $5 to sign his book. He is also submerged in debts to his manager Terry (Jon Gries) and the new book Follower: Inside The Mind Of The Controlled is a total failure. The distressed Ansel in his desperate search for money comes across an old couple (Beth Grant and Chris Ellis), who begs him to save their daughter Claire (Mary Elizabeth Winstead) from the cult ‘faults’. 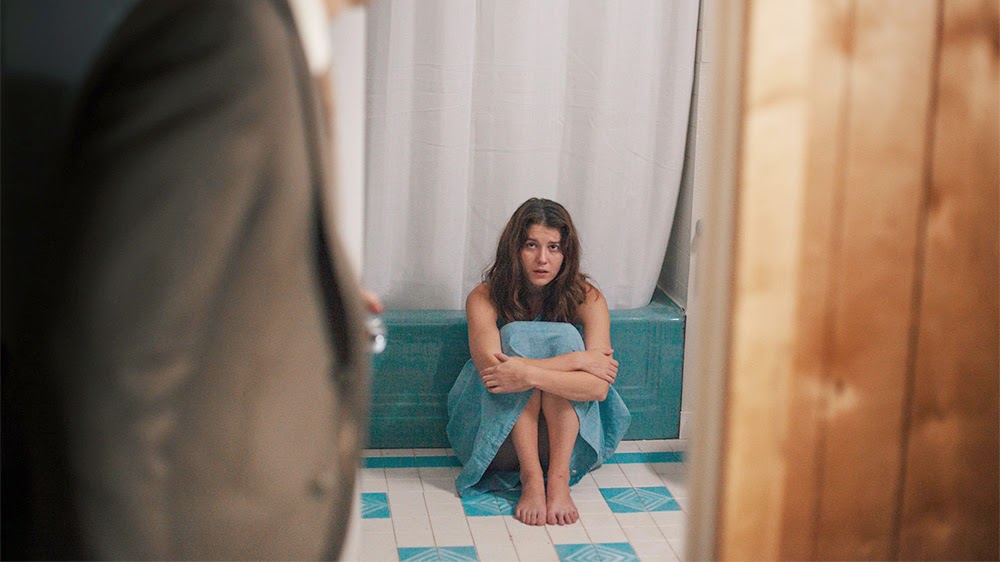 Ansel in his own words says that ‘he doesn’t give a shit about his profession’, but since he has hit rock  bottom, he agrees to do the job. Ansel also warns the couple about the risks involved in ‘deprogramming’ and that they may not really get their old daughter. Soon Ansel kidnaps Claire and transports her to a motel room to make her believe the fraudulent activities of her cult. Claire’s parents have taken a room next door and something is wrong with these two. As the DE-programming progresses, we lean more about Claire and Ansel, although it becomes hard to say who is controlling who.


The constant humiliations and assaults endured by the story’s protagonist Ansel sort of reminds us of the Coen brothers’ protagonists. The silly and insecure activities of Ansel might seem as an element to provide comic relief since the second & third acts mostly concentrates on paranoia and dramatic tension of the story. But, these countless petty actions make us empathize with this individual, who was once a trusted authority figure. It is interesting that writer/director Stearns has approached the sad-sack of a character from a darkly comic viewpoint rather than using teary monologues. We could also perfectly feel Ansel’s humiliation and unyielding stress because of Leland Orser’s terrific performance, who himself has only played marginalized characters in blockbuster or mainstream movies (“Taken”, “The Guest”, “The Bone Collector”, “Pearl Harbor”). In the 2nd half of the film, Orser provides a window to look into his characters’ bafflement and determination to regain control. 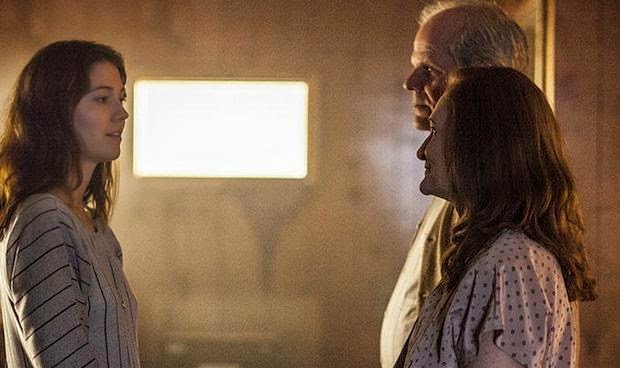 The character of Claire is another intriguing element in the movie, which was played by Winstead (director Stearns’ wife). She is fascinatingly mysterious. Her silence, challenging gaze, and half-finished sentences imbue a disquieting nature to the proceedings. As the conversation progresses in the motel room, Claire’s looks sort of conveys us that she is playing a con game with Ansel. Visually, Riley Stearns doesn’t do much to elevate the conniving premise. The TV, VHS tape and lack of mobile phones conveys us that the story is set in the late 70’s, but the look of the film is quite generic. Narrative wise, Stearns strings together a good lot of gripping scenes. He takes dig at the suburban parents (of Claire’s) who are as controlling as the dreadful cult. The tonal changes are all quite good – from black comedy to motel-bound psychological thriller – although the mysteries are quite predictable.


“Faults” (89 minutes) is a slow-burning thriller, blessed by sharp characterization and fantastic performances. The movie does possess its share of ‘faults’, but for a directorial debut it proves to be a pretty impressive attempt.