The Golden Dream – A Stinging Drama about Vulnerable Migrants 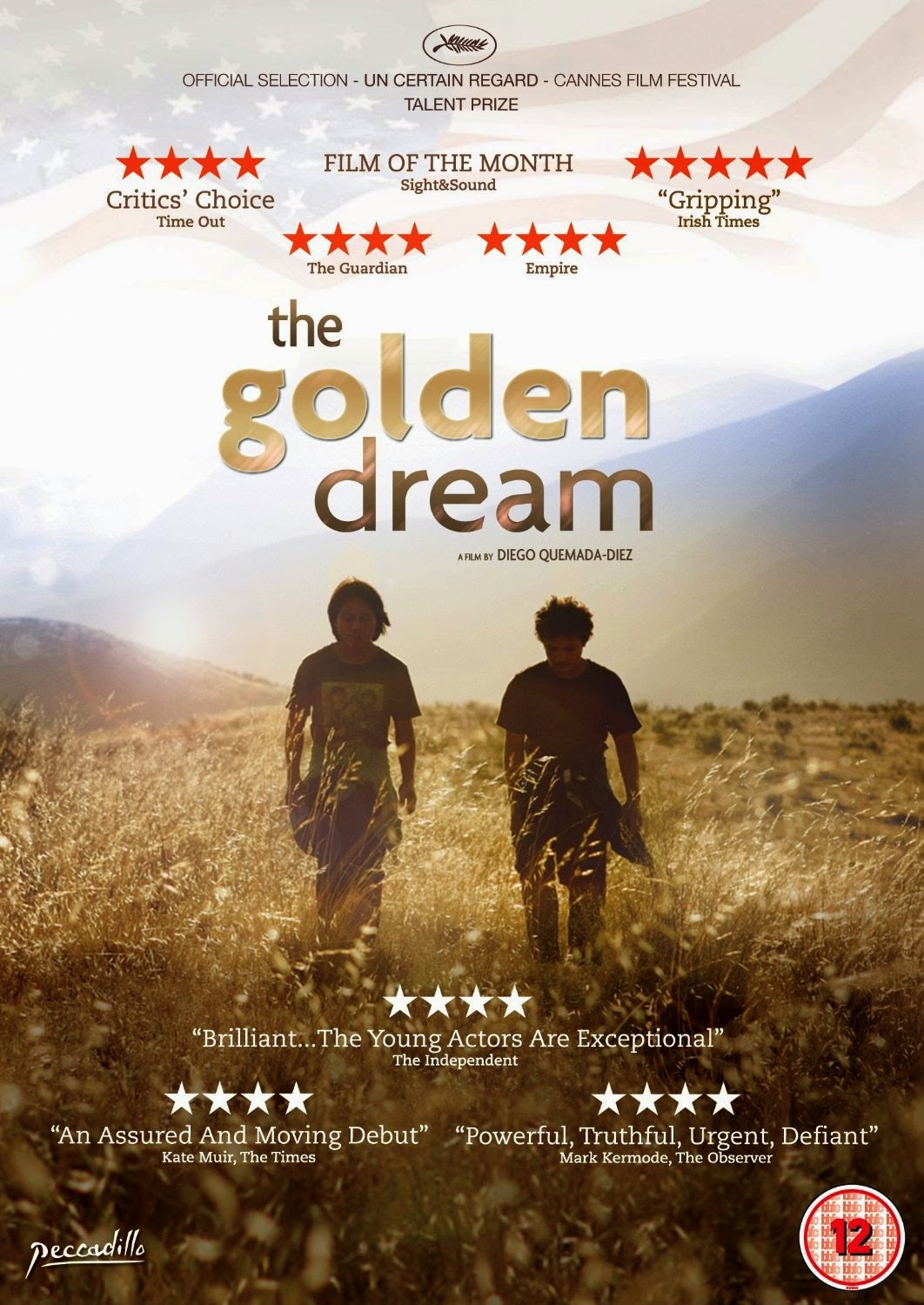 American Independent film-maker, Gregory Nava’s epic work of social realism “El Norte” (1983) was one of the earliest films to track down the cold economic realities, faced by impoverished people of Latin American nations, situated close to the border of everyone’s dream nation – America. The film set in Guatemala showcased the country’s oppressive political machine, which forces the natives to make a dangerous journey across American borders. Using some dramatic contrivances, Gregory Nava then depicts how the illegal immigrants’ life faces more trials and tribulations in the land of dreams. Although, there had been many movies made on the plight of immigrants (“Frozen River”, “Journey of Hope”, “The Promise”, “Dirty Pretty Things” etc), “El Norte” remains my favorite film on this subject because of its poetic imagery that accompanies the distressing reality. The journey of Rosa and Enrique in “El Norte” is as mythical as it is geographical. Diego Quemada-Diez’s promising debut feature “The Golden Dream” (“La Jaula de oro”, 2013), although doesn’t possess the powerful visuals of “El Norte” or Majid Majidi’s “Baran” (about illegal Afghan refugees in Iran), covers a similar kind of journey, made by young Guatemalans.

Despite receiving a special award in Cannes 2013 (for its ensemble cast), “The Golden Dream” didn’t get  much attention like the festival smash hits “Sin Nombre” and “Maria Full of Grace”. It may be so because “The Golden Dream” is imbued with overly familiar character sketches and unlike those festival hits, it lacked the thriller elements to reach a wider audience. But, the sense of verisimilitude Quemada-Diez brings to this film makes it a more compelling and eye-opening movie experience. The director has basically filmed in the exact locations of the harrowing journey made by Guatemalans, and in the end credits is said to have thanked at least 600 migrants for allowing the film crew to join their travels. 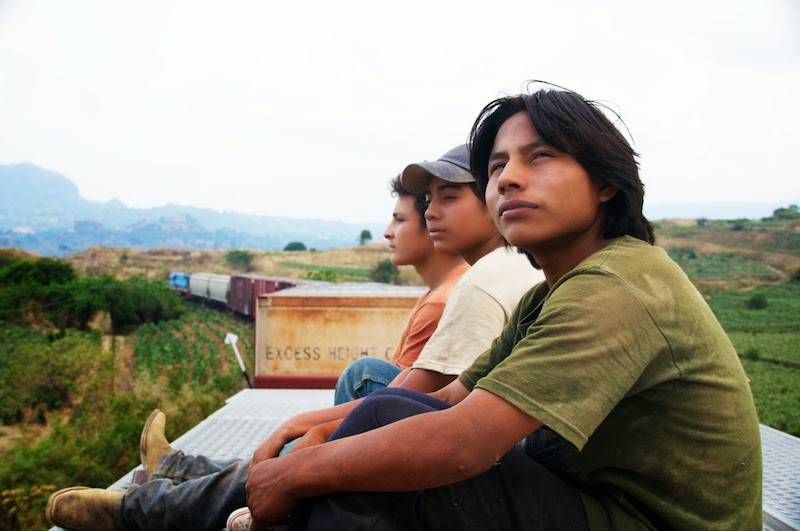 The movie starts with a young girl walking into run-down public bathroom. She looks at herself in the mirror and cuts her hair down, puts a tape over her breasts, and puts on a baseball cap. A young boy leaves his shack with a bag and visits his friend, working on a garbage site. The three – Juan (Brandon Lopez), Samuel (Carlos Chajon) and Sara (Karen Martinez) – then start their journey to ‘the North’. Along their journey they meet a young indigenous Guatemalan, Chauk (Rodolfo Dominiguez), who doesn’t speak a single word of Spanish, but seems to be more resourceful than the three. Juan remains hostile to the native as Sara gets fascinated and tries to converse with him. 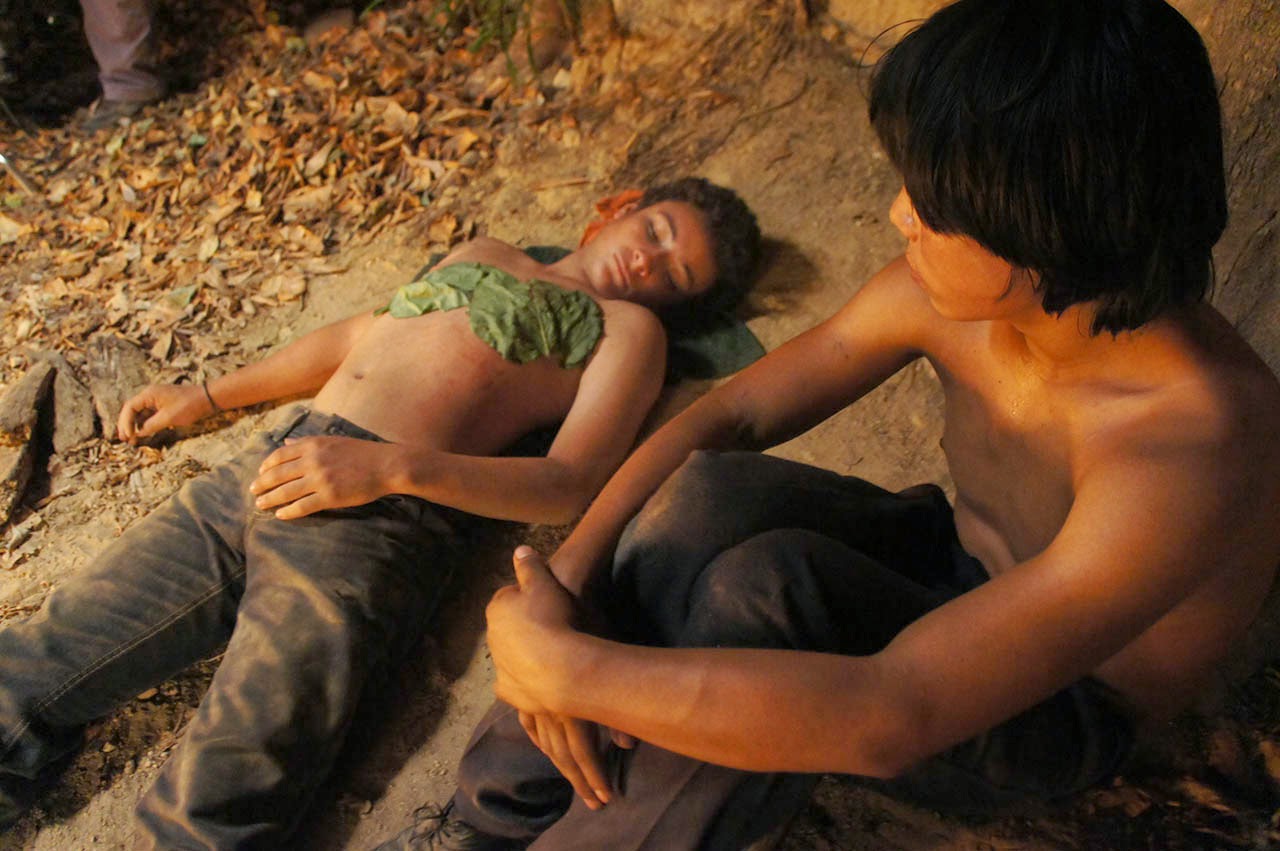 Their travel seems to be filled with climbing aboard moving freight trains. Thousands of people travels like this, on top of the trains with sun on their faces. Missionaries, strangers give food & water to those who make the journey, and the local farmers make use of their labor since it would be very cheap. But, for the most part, our young heroes and others get lured by diabolical human creatures, either through words or by force. An entire legal and illegal economy seems to have built around the journey of these migrants. Gradually, the trials faced by the teenagers to cross the border reflect as an examination of one of our planet’s greatest delusion.


As per US Homeland Security stats, at least 20,000 Guatemalans illegally cross the American border every year. But, what the stats fail to show is the number of people whose journey gets terminated by manifolds of hazards, like scammers, gangster-slavers, corrupt officials, and government vigilante execution squads. Despite all these pitfalls, people of these Latin American nations make the trip because their own corporate-owned governments don’t care about income inequality or poverty.  ‘The American Dream’ also hasn’t lost its shine, despite its past & present history in regards to immigrants’ exploitation. It is still widely believed (thanks to its corporate media & Hollywood propaganda machine) that you can achieve anything by working hard in US soil. The dream is entrenched firmly in the minds of these indigenous people even so it means leaving their friends & families.

Of course, America is a land of opportunities (you couldn’t say the same about Russia), but equally it is a land of illusions. In the film, Chauk repeatedly dreams about snow falling, which as per his beliefs seems to represent a better future. The director uses this dream at the juncture of every new chapter in the story or after a brutal event. Eventually, the director shows us the snow-falling reality, but this shot of realized dream (or illusion) only cast a heavy burden on our hearts. The final in the slaughterhouse is one of the most heart-breaking scenes in the film, which shows how these impoverished, uneducated, illegal immigrants could only serve as trivial cogs in the giant capitalist machine rather than being an irreplaceable unit. It portrays how these marginal humans are sold an illusion; not a dream. 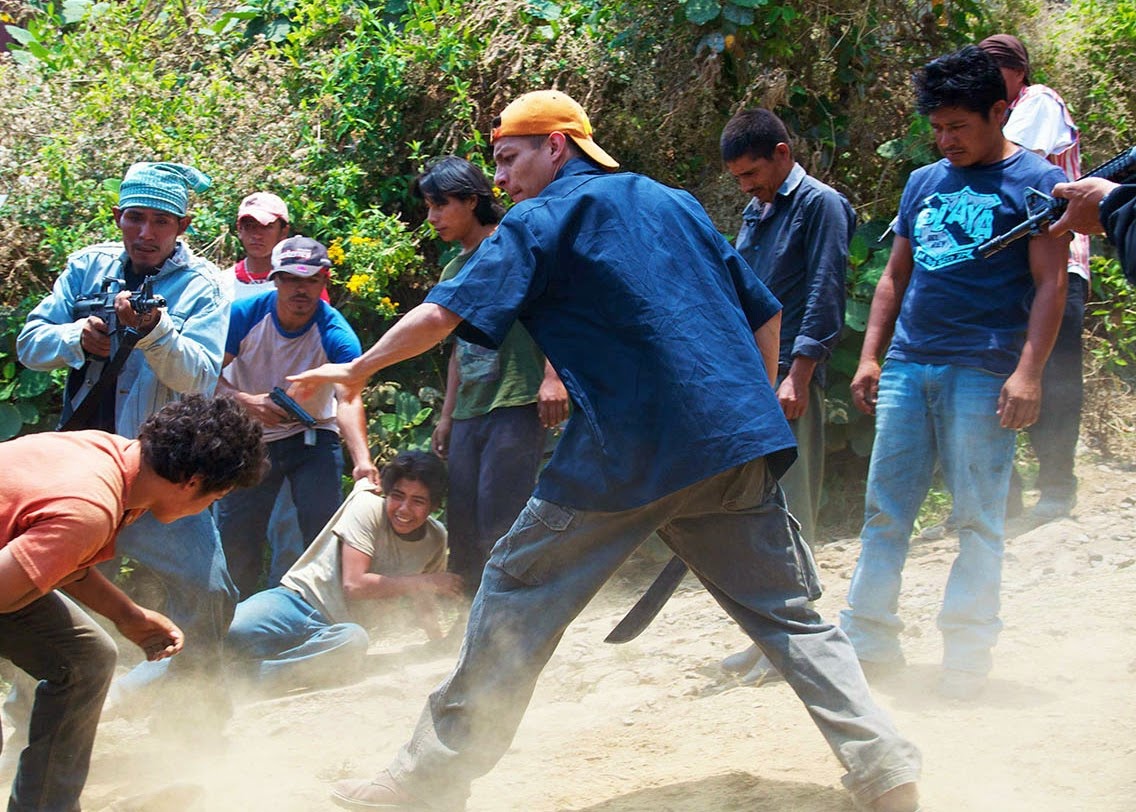 Director Quemada-Diez is concerned in bringing credible images, although it lacks a lyrical nature. He also finely mixes the moments of pure happiness with those of that foreboding evil ones. The dialogues are little bland and the warm friendship between Sara and Chauk, characterized by vocabulary lesson seems a bit staged. However, the performances of non-professional actors make us empathize with their plight. Brandon Lopez as Juan subtly expresses the burden of responsibility and Karen Martinez (as Sara) plays with a natural warmth and caution, similar to Paulina Gaitan in “Sin Nombre”. Her warmheartedness rattles our mind as we think about her brutal fate.


“The Golden Dream” (113 minutes) is an engrossing dramatization about the plight of illegal immigrants (of Central America), who were punished for being poor and for showing temerity to escape their deprived conditions.