The Last Wave – A Mystical Thriller about Aboriginal Legends 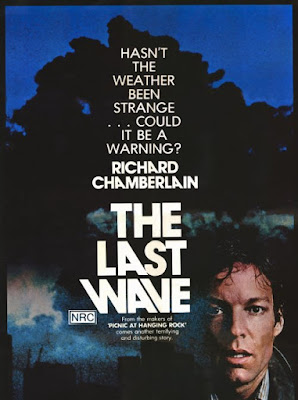 Peter Weir is one of those film-makers, who helped to redefine the Australian cinema in the 70’s. His transcendent and evocative images of Australia gained him recognition among the international art-house circuit. He is known for making complex, dark dramas, which explores the inner self of men. Weir’s primary characters would always be caught up within some sort of social upheaval or alteration. Although Weir moved to Hollywood in the mid 1980’s, devising wonderful genre dramas (“Witness”, “Dead Poets Society”, “Fearless”, “Truman Show” etc), he never lost his sense of artistic exploration. I feel that couple of his early Australian movies, “Picnic at Hanging Rock” (1975) & “The Last Wave” (1977) was superior to his later works, especially because of that mystical, surrealistic environment and for not serving as a concise conclusion. “The Last Wave” deals with some of the same themes (like psychological unease of the descendants of first white settlers) Weir previously explored in his lyrical masterpiece ‘Hanging Rock’, but at the same time he also introduced some of his other favorite themes (obscure exploration of alternate realities or dreamworld). His cinematic techniques in ‘Last Wave’ were also more creative and lend an ineffable quality.

Peter Weir has stated that the origination point for the plot of ‘Last Wave’ has born when he was on a holiday in Tunisia. There he had found a beautiful marble piece of a buried Roman head, which he had previously seen in his dream. He just imagined how a rational man with a clear-cut profession, who doesn’t deal with imagination, would meditate on the premonitory experience. This idea transitioned into the movie’s protagonist, David Burton (Richard Chamberlain), a tax lawyer. He lives in relative wealth and happily married to a moderately talented painter (Olivia Hamnett) and blessed with two beautiful daughters. The film starts in some part of Australian desert, the children are playing cricket during the school interval. 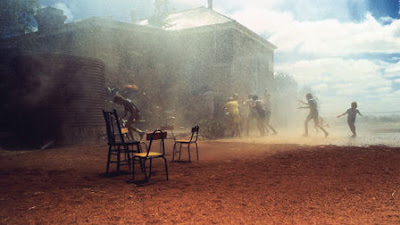 The cloudless sky out of nowhere produces heavy downpour followed by a vehement hailstorm. In the city too, there is a heavy downpour, causing traffic jams. David, sitting inside his car hears (in radio) about the strange occurrence in the desert as a quirk of nature. In the night he is plagued by a nightmarish vision of a man. Although David’s stepfather (Frederick Parslow) reminds him that strange dreams have been part of his entire life, David remains unhinged by those irrational visions. Later, David is asked to take upon a strange case involving a death of aborigine. Although he is a legal aid lawyer his previous experiences in working with Aborigines brings him the case. The suspects he has to defend are five aborigines, who don’t talk much. 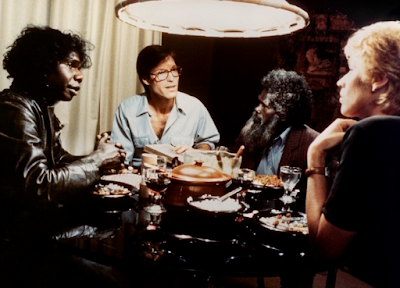 On the outset, the murder looks like a simple case of drunken brawl, but the presence of a mystical, old indigenous man suggests that the killing is a tribal punishment for some sort of offense. David is increasingly drawn to the case, especially when he sees the aborigine man Chris Lee (David Gulpilil) in his dreams, even before meeting him in person. David invites Chris to his home for discussing the case, but Chris along an old man named Charlie (Nanjiwarra Amagula). Then, David and his visions itself becomes subject of Chris’ inquiry and the conversation leads David to think that there are answers within his dreams, which has something to do with the strange goings-on in the weather. 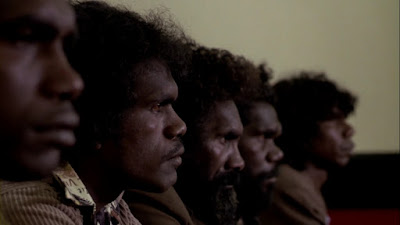 “The Last Wave” possesses the kind of unique, dark atmosphere, which many of the contemporary psychological thrillers strive to achieve. Despite the minimal budget, director Weir and cinematographer Russell Boyd (he also worked with Weir in ‘Hanging Rock’, “Gallipoli", and ‘Master and Commander’) perfectly amalgamates casual happenings with the inexplicable phenomenon in a perfectly valid manner. The duo uses a lot of blue filters to lend a surrealistic quality as well as to insinuate about the impending disaster (water is a constantly recurring motif). Thematically, Weir tries to explore or meditate on the connection between nature’s quirks and prophetic spirit of the mankind. He is trying to contemplate experiences, which can’t be explained in mere words. David imparted with those prophetic visions tries to solve everything within the conventions of logic. But, the more he attempts to solve the puzzle through logic, the more confounding the situation becomes. 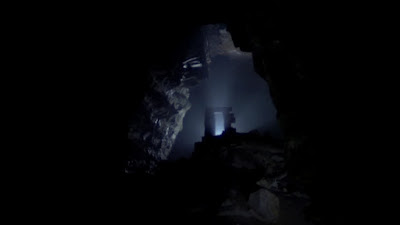 Another central theme the director tries to convey is how we, living in the industrialized society remain estranged our mystical connection or mystical selves. Pursuing these themes would bring up charges of romanticism and liberal piety. The notion that the indigenous people living in modern cities are more tuned in to their mystical selves than their western counterparts is some kind of insipid approach taken by majority of cinematic works. But, Weir (may be anticipating an accusation) includes a line of conversation that questions the protagonist’s sudden interest on the plight of these oppressed men. When David asks his colleague, who doesn’t believe in the mystical nature of the case, to drop out, he replies: “Good, ‘cause I don’t want to make a fool of myself or of them" and he further states: “That middle class patronizing attitude of yours towards the blacks revolts me. For the best part of ten years, I have worked with these people, while you made fortune on tax dodges for corporations”.


In order to authentically portray the Aboriginal culture, Weir had sought the help of Nandjiwarra Amagula (plays Charlie), who is tribal elder and a magistrate. He has helped to create the lost symbols and tokens of old Sydney tribes. The Mulkurul myth is said to be solely invented for this movie, which isn’t found in any of Aboriginal legends. Towards the end, in the sacred place, David discovers what it means to be a Mulkurul (a harbinger of apocalypse) and he also discovers that a second wave could bring the total destruction, making mankind to start from scratch. May be Weir, through this formulated myth is trying to associate the ‘first wave’ with the arrival of whites, which brought apocalypse to the Aborigines’ way of life. 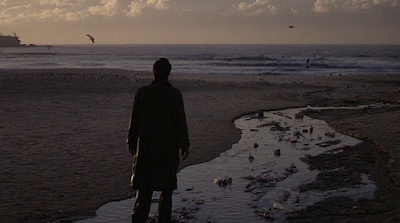 “The Last Wave” is definitely plagued with few narrative shortcomings. The use of stock footage for the titular tidal wave due to budget constraints isn’t a big letdown, since it provides us with a purposeful vagueness which is present throughout the movie. Yet there are circumstances when the weighty, spiritual themes aren’t dealt in an adequate manner. Those who are seeking a masterful, generic thriller might be disappointed by the unprecedented mystical ideas towards the denouement. Even director Weir has admitted in an interview that he didn’t know how to end the film. He tells that he has thought of neat, clever endings, but then Weir chose to go with the open, unresolved climax. The ending may definitely split the viewers, making them either to call it as a brilliant, reflective work or as an average thriller.


“The Last Wave” (106 minutes) is a compelling atmospheric thriller that doesn’t spell out everything for the viewers. It depicts the spiritual awakening as well as the psychological breakdown of a rational, modern man.

The Last Wave -- IMDb
at June 02, 2015
Email ThisBlogThis!Share to TwitterShare to FacebookShare to Pinterest
Labels: Films from 'Down Under', Magical Realism, Thriller