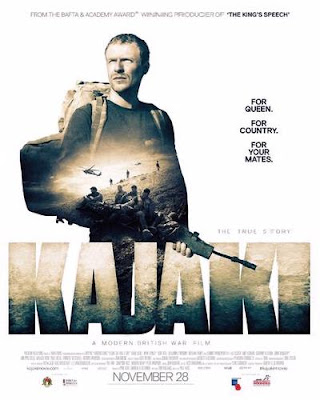 Afghanistan is one of the most heavily mined countries in the world. A statistic provided by UN’s Office for Coordination of Humanitarian Assistance state that nearly 100,000 mines are still awaiting removal. Although different combatants in Afghanistan have employed the use of land mines, a majority of landmines were planted by Soviet occupying forces between 1979 and 1989. Civilians –most importantly children -- are the chief victim of these landmines. The full extent of Afghan landmine problem still shrouded in mystery as most of the civilian deaths & deformities goes unreported.

Movies have often used landmines as a narrative device that step-ups the tension quotient. Bahman Ghobadi’s “Turtles Can Fly” (2005) is one of the authentic, moving portrayals of how a mined war-zone would be. But, most of mainstream war films shun the authenticity about landmines to give us a sustained drama. British film-maker Paul Katis in his debut film “Kajaki” (2014) has re-constructed the grueling minefield incident of 2006, near Kajaki dam (situated in Afghan’s Hemland province). It is hailed as one of unflinchingly realistic portrayal of how mines work. The big relief is that unlike his American counterparts, director Katis doesn’t often throw in words like ‘bravery’, ‘epic heroism’, and ‘patriotism,’ and also doesn’t employ the use of slow-motion shots to imbue tension. It provides a painfully realistic cinematic experience without engaging in grand political statements. 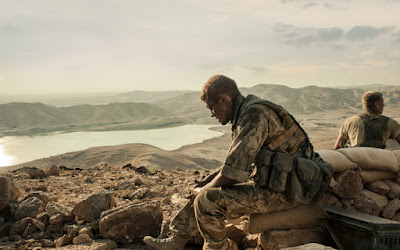 The movie is set on September 6, 2006, where a group of British soldiers stationed near the hydro-electric dam named ‘Kajaki’ carry on with their base-camp routine. Viewers expecting a battlefield thriller may get tired by the initial sequences, because of the authentic portrait of soldiers’ routine and due to the heavy use of military jargon. The soldiers are part of British Army’s 3rd Battalion, The Parachute Regiment (3 Para). The unit’s sniper, Lance Corporal Stuart Hale (Benjamin O’ Mahony) on that fateful day, spots hostile Taliban forces, setting an illegal road block. An airstrike would cause lot of civilian causalities and so Hale takes along two other paratroopers to get a closer look at the hostile forces. As the trio walk through a dried-river bed, Hale sets off a landmine, blowing his left leg. Fellow soldiers scamper to come to aid Hale, but then find out that entire river-bed is a deadly minefield, where a single unchecked step could result in explosions. All the factors are beyond the soldiers’ control, since even a rescuing helicopter could trigger a lot of mines. 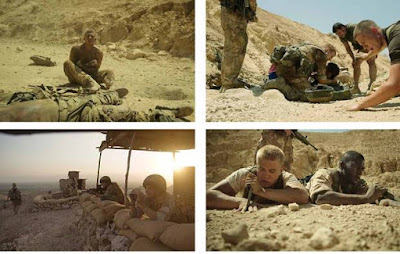 In aesthetic terms, especially after considering its limited budget, “Kajaki” was a well-made piece of work, which sometimes even exceeds the craftsmanship of American propaganda films on ‘war on terror’. This film would be compared with Katheryn Bigelow’s Academy-Award “The Hurt Locker” (2008) mainly because both these works declines to take any ethical stance on the conflict, people are involved. The script by Tom Williams exclusively focuses on the ground-level experience of soldiers, whom despite their painstaking training, come across new horrors. The screenwriter tries to genuinely show how a real soldier would talk. So, the first 30 minutes is mostly incomprehensible and the soldiers’ regional British accents exhaust us more. 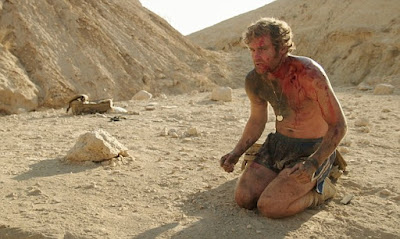 Williams and director Katis also take pains to depict how the chain of command between soldiers worked clearly amidst such unbearable chaos. Although the dialogues in the later part would have been subjected to heavy dramatization, they come off touching (especially the ‘Happy Birthday’ song) and keep us on the edge to learn about their fate. The belivable use of humor does bring down the insurmountable tension of the proceedings. Viewers who recoil from gory & clear images of detached limbs must keep themselves away from this film. The physical effects of each painful explosion, however, aren’t used in an exploitative manner or to generate a shock-effect. David Elliott (who played mark) and Stanley (played Tug) are the two most impressing performers of the ensemble as their tangible commitment somehow reincarnates the bravery of the real soldiers.

“Kajaki” (108 minutes) is an unflinching and incredibly moving account of modern warfare that is devoid of jingoism and pro-military agenda. It avoids the glib romanticism of the recent American warfare films like “Lone Survivor”, “Fury”, “American Sniper” etc.